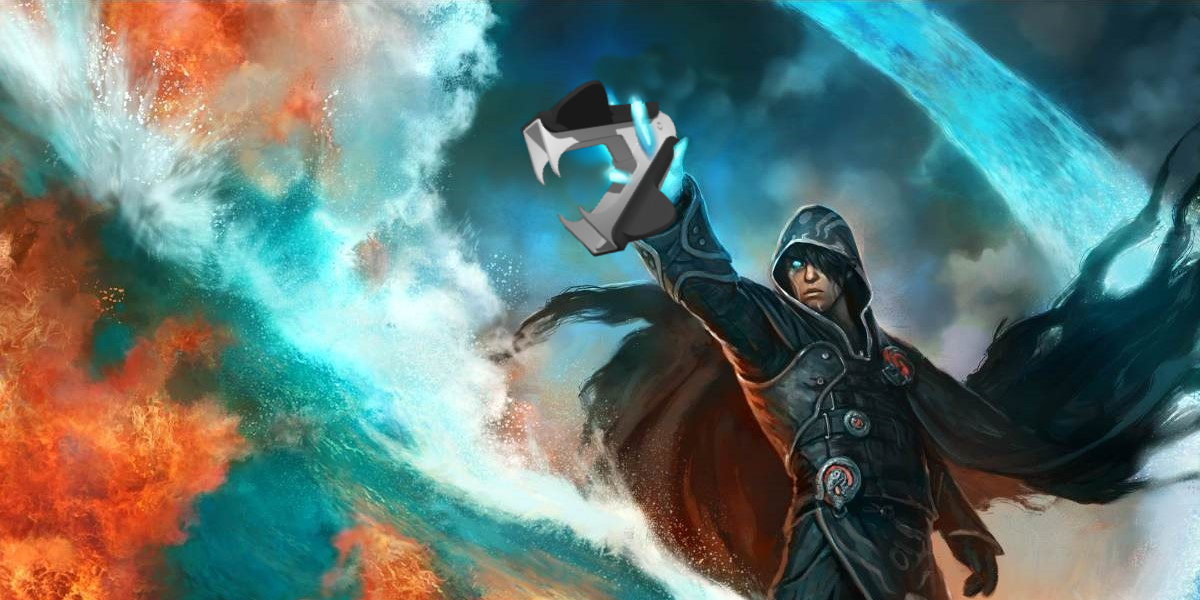 The Sound of Silence

Dungeons & Dragons and Magic: The Gathering have so many spells in common! Counterspell, Fireball, Lightning Bolt... and the number is sure to continue growing with the upcoming Adventures in the Forgotten Realms set. One boon that Magic has over D&D, though, is its diversity of spells. You won't find many spells that fill the same niche as Counterspell in D&D, but in Magic, there's an absolute plethora of them. In Commander, making use of a wide variety of these sorts of spells can get you out of sticky situations.

You don't need me to tell you that Counterspell (capital C) is the quintessential counterspell (lowercase c). Hailing all the way back to Magic's first ever set, it's gone through a lot: a type line change, a plethora of different artworks, and now, it's making its first foray into Modern.

Counterspell's power comes from being a catch-all answer to almost any spell for just two mana. When comparing counterspells to this set rate, most contenders make a concession to one of these traits in favor of bonuses in other areas, including a cheaper cost, extra modality, or simply an additional function. These are the sorts of things we're looking for in our replacements for this week's Staple Remover.

In Magic, especially EDH, counterspells are useful for protecting one's own permanents. This is because there are often a plethora of removal spells to go around, thanks to the Commander format's access 30 years of the game's best removal spells (Swords to Plowshares, Wrath of God, etc). With three (or more) opponents, we have even more chance to encounter amazing removal coming from multiple directions. If we're often using Counterspell for protection, that can help us find different potential cards to use in that role.

Turn Aside is a simple little spell that excels at protecting our permanents for a cheaper cost than Counterspell. Of course, it lacks the versatility of our staple, but for some decks and metas, that versatility is unnecessary. Plus, Turn Aside effects can be more readily available, since there's a white version of it called Rebuff the Wicked.

Anybody who's played with Glen Elendra Archmage has seen the power of having a counterspell on a body, and although Siren Stormtamer is much narrower than that, it still manages to do a good job. Siren Stormtamer is especially good in decks that can make use of a cheap, evasive creature, such as Malcolm, Keen-Eyed Navigator or Derevi, Empyrial Tactician decks. We can also easily reanimate it with our Sun Titan, ensuring that we always have some deterrent, should our opponents try to remove our permanents.

Keep Safe might just be my favorite card from Ikoria. The going rate for the addition of a cantrip to a spell is usually an additional two mana, but this card manages to be just one more mana than Turn Aside. Should our commander become the target of an opponent's Vindicate, we'll easily be able to take care of it while still breaking even on card advantage. There's also additional redundancy to be found with Confound and Diplomatic Escort, should we need more protection than normal.

Sometimes, decks have so much mana, card advantage, or other resources, that they can pick less efficient options to maximize their benefits. For decks like these (which, oddly enough, tend to be Simic), there are some fantastic options with a slightly higher mana cost.

If you're trying to make the Uno Reverse Card meme a reality in EDH, then you'll love Insidious Will. It's a lot more expensive than Twincast and Swerve, but adding Counterspell onto those effects makes Insidious Will more broadly applicable in a myriad of situations, while still being a fantastic blowout when you need it. Another blowout card that deserves an honorable mention is Sudden Substitution, which has similarly fantastic potential for a unique trick, but remains much narrower than Insidious Will.

Forbid demands a lot of resources, but if we're able to rise to the occasion, it can be a one-card lock against any particularly pesky player. If you've had a blast with Isochron Scepter and Counterspell in your Artifacts decks, then I'm sure you'll find that this card can be a decent imitation in value-based decks that draw tons of cards. The losses are even more negligible in a Reanimator deck that can utilize the discarded cards, such as Sedris, the Traitor King.

Rewind and Unwind are also pretty costly, but if Time Spiral and Co. have made anything clear, it's that being able to reuse your lands is a massive boon. Only certain decks can really make use of these, though; if we're not using that mana after we untap it, then we didn't get full benefits from these spells. They put in great work in the right places, though. Nymris, Oona's Trickster and Rashmi, Eternities Crafter both incentivize us to cast spells on our opponents' turns, which is easily enabled by counterspells like these.

Some counterspells come with additional or alternative costs, and while these usually aren't very helpful, there are some decks that manage to turn them around and capitalize off of those costs, turning them into an upside.

Deprive is one spell among a whole class of cards that can return lands from the battlefield to your hand. Players literally use cards like Mina and Denn, Wildborn for exactly that effect, to help proc additional Landfall triggers even if we've run out of cards in hand. So why not counter some spells at the same time? Additional entries in this category are Daze and Thwart, which don't even cost mana, should we want lands back in hand.

In the same vein, we have Familiar's Ruse, which returns a creature we control to our hand, instead of a land. This can be useful if we want to protect said creature, or if we just want to cast it again to trigger any enters-the-battlefield effects and the like. This is especially good if we need to kickstart our Cascade deck after running out of spells to cast.

Null Brooch is sort of like Forbid on steroids, but here's the best part: it's colorless. Since many Reanimator decks don't happen to have blue, Null Brooch works as a decent discard outlet while also being our best defense against Wrath of God and the like.

The End of the Tour 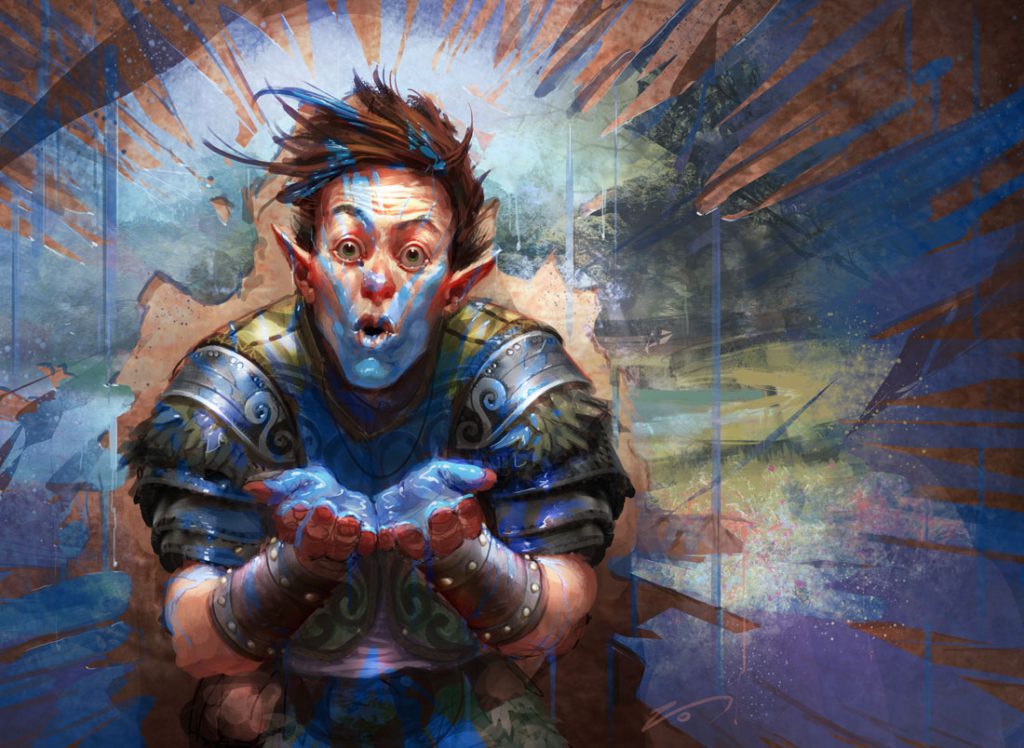 Being able to counter any legendary spell allows us to take care of any particularly concerning commander right out the gate without making ourselves the target of the entire table's ire (no more than Counterspell already would, anyways). It also retains its usefulness should we draw it later in the game when everybody's commander is already in play, since it can counter any legendary spell (of which this format has many). It even manages to catch some things that Counterspell couldn't, if you're sick of being hit with those Bojuka Bog triggers.

Tale's End manages to do all this for just two mana, and is even easier to cast in multicolor decks than Counterspell. However, despite all of these boons, I've never seen it cast except by my own hand. Tale's End is one of the biggest sleepers from Core Set 2020, and if you missed it during the onslaught of bonkers cards from that era, I suggest you try it out.

Below is the average EDHREC decklist for Omnath, Locus of the Roil, with some additional counter-magic for you to test out if you so choose.

What're your favorite counterspells for your EDH decks? What do they synergize with? Also, tangentially related, how many counterspells do you run (in blue decks, at least)? Let me know down in the comments, and thanks for reading!