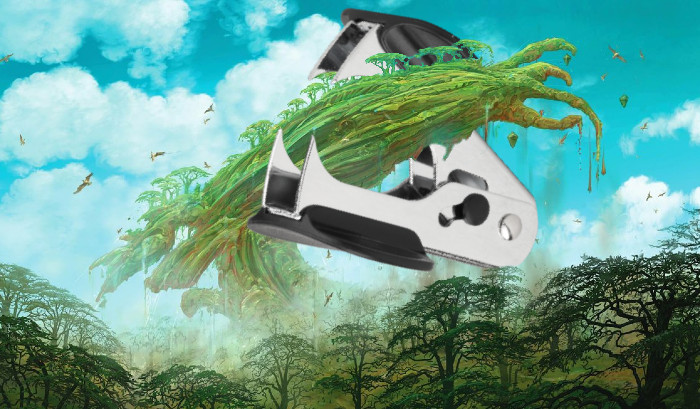 A young animist emerges into a strange, new land. A vast continent of diversity and splendor, within which she is eager to make her mark upon the annals of history. With her, she brings a library's worth of knowledge foreign to this land: a series of spells, guaranteed to bring the bountiful harvests of the future to the present, and a host of new possibilities to the area.

But as she descends into this new civilization, she finds it difficult to spread the teachings of her youth; the farmers do well enough to Cultivate their crops, and it appears that Kodama's Reach had already descended across the land. Nobody wants to purchase any of her spellbooks, or learn the ancient secrets that she had labored so hard to unravel as a youth. They are content in their ways and will continue to be until their end.

But she frets not, for the Edge of Autumn nears, heralding a perfect opportunity for her to showcase her skills....

It's no secret that green is the king of ramp. It has a near-monopoly on mana dorks, the most efficient method of ramp in the game (excluding all of the broken artifacts, like the Moxen, Sol Ring, and Mana Crypt), and it only gets more as time goes on. But it's pretty clear what EDH players most often seek, and that is land ramp.

Five of the six most popular green cards in the format are land ramp cards: Cultivate, in 48% of eligible decks, Kodama's Reach, in 38%, Farseek, in 32%, Rampant Growth, in 31%, and Sakura-Tribe Elder, also in 31%. This suite of land ramp cards is so ubiquitous, it feels like every single game will have at least one or two of them in it. There's a lot of good stuff here, and we will talk about them, but green has a litany of incredible and underappreciated land ramp cards that we can run in place of or alongside them.

Rampant Growth remains one of the most iconic cards in the format and within the game as a whole. It sets the general standard for the level of efficiency that players want their ramp spells to achieve: two mana to ramp by one mana. Heck, the very term "ramp" comes from Rampant Growth. Although it lacks the utility that some of the alternatives have, Rampant Growth still has maintained iconic status with its simplicity and elegance.

Next up is Cultivate and its Arcane counterpart, Kodama's Reach. These two are the most popular green cards in the entire format, and they can be pretty darn potent. Both give a little extra utility by putting a land into your hand in addition to putting one onto the battlefield, a pseudo-cantrip effect that makes up for the loss in efficiency and the potential harm to your tempo. But this extra card in hand isn't always useful, and many players (myself included) have found that these don't pull their weight unless you can ensure that you'll make use out of that extra land, like in a deck with 4 or 5 colors.

Finally, we have Farseek, the 4th most popular green card in the format, and one that has managed to break free from the shackles of the word "basic". Farseek allows you to grab any Plains, Island, Swamp, or Mountain, affording you the extra freedom of grabbing nonbasics that may have these subtypes. In decks with a bit of a higher budget, this makes Farseek a little better at color-fixing than the alternatives, but not all decks can benefit from that.

If you're not too attached to the simplicity of Rampant Growth, a personal favorite replacement of mine is Edge of Autumn. Although Edge of Autumn does place an additional rider on the base utility of the spell by requiring you to have four or fewer lands to actually ramp, it makes up for that with a cycling ability that allows you to draw an extra card when you need it. This rider doesn't affect much overall - you probably aren't ramping if you have five lands anyways - and the boon that comes alongside it will ensure that Edge of Autumn is never a dead draw.

The biggest drawback to Cultivate is that it can very easily interrupt your tempo. Search For Tomorrow, on the flip side, does the exact opposite: at first glance, the mana cost is identical to that of Cultivate's, but the Suspend ability pulls a lot of weight on this card. Suspending it on turn 1 and casting an Edge of Autumn on turn 2 will leave you with a whopping five mana on turn 3, all by making use of a turn that often would be wasted otherwise. It also allows you to ramp on curve while still casting important two-drops like Crashing Drawbridge!

The return of the Snow supertype in Kaldheim gives a pretty exciting opportunity for the seldom-seen Into the North. Like Farseek, Into the North isn't bound by the pesky word "basic", allowing you to get any handy utility Snow land, like Scrying Sheets. Using Into the North to fetch a Woodland Chasm is ostensibly identical to using Farseek to get a Bayou, just several hundred dollars cheaper.

But not all needs are covered by mere two-drop ramp spells. Some decks have a commander that's a little thirstier for mana, with a higher mana curve that demands more color-fixing. When that happens, I feel like too many players turn away from the four-drop ramp spells, but when you use them in conjunction with their cheaper counterparts, they can accelerate you considerably.

The classic example of this is Explosive Vegetation, but several versions have been printed with a little extra utility, especially lately. Vastwood Surge can give you a small boost in the late game if you kick it, for example, and like Edge of Autumn, you can cycle away Migration Path for another card that you might need later. Circuitous Route and Skyshroud Claim both have the potential to give you a little extra mana-fixing, and using Skyshroud Claim to put two nonbasic Forests into play untapped allows you to use the mana to cast more spells! 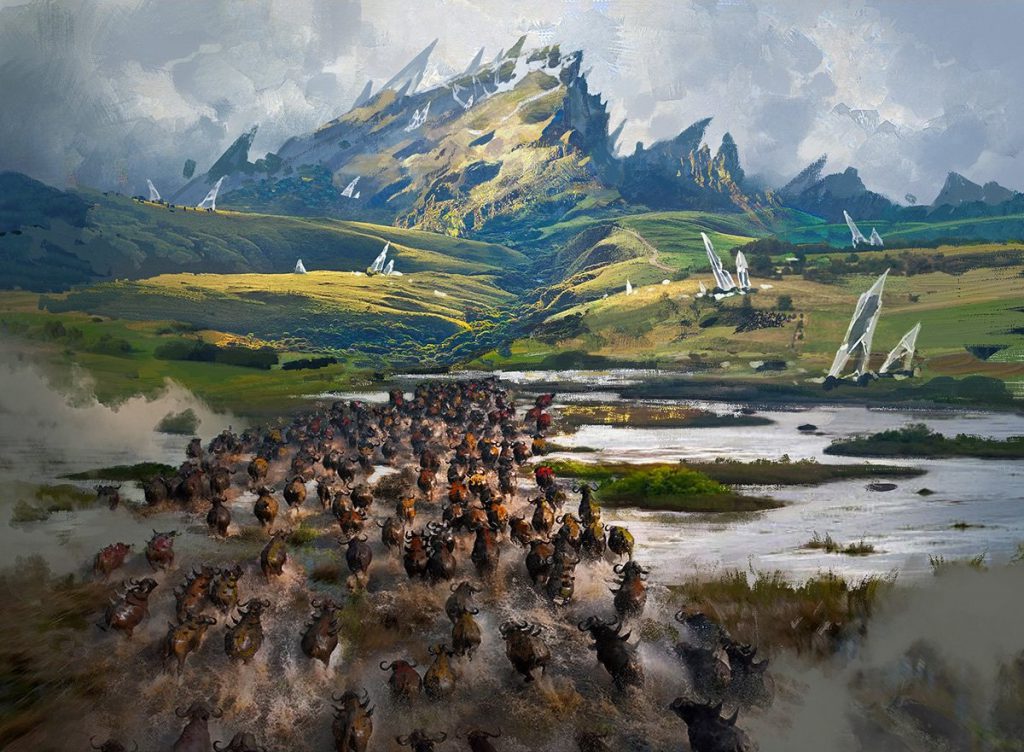 Land ramp is something that's really easy to just forget about. Throw in Rampant Growth, Steve, Farseek, maybe [elThree Visits[/el] if you're feeling spicy, and you're done. But there are so many great land ramp cards that are being slept on, and if you look a little harder for them, you can have a deck that's a little bit more unique and a little more powerful. I know Edge of Autumn's cycling ability has gotten me out of some really tough situations.

Commander players especially fall into the trap of having too high of a mana curve and end up with slow games as a result: many of these ramp spells, such as the four-mana ones mentioned earlier, can abate this while still enabling those good old-fashioned Shivan Dragons. Turn 2 ramp spell into a turn 3 Skyshroud Claim can give you seven mana on turn 4, making higher-costed commanders way more accessible. Below is my Prossh, Skyraider of Kher decklist, which utilizes the more expensive land ramp cards for this purpose.

What're your favorite unorthodox ramp cards in EDH? Let me know in the comments or elsewhere on social media, I'm always looking for new inclusions!