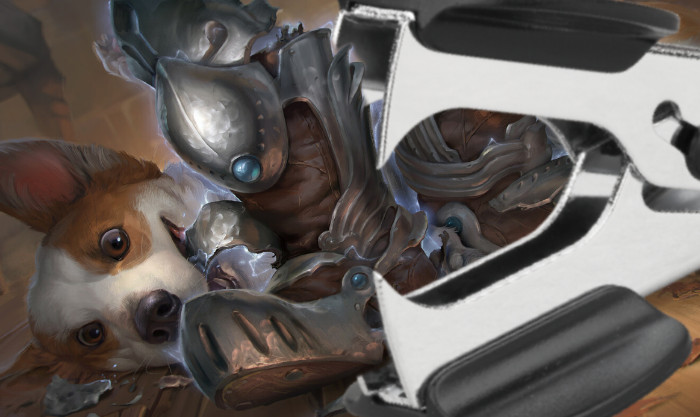 "The boots demonstrated many strange magical properties, but the most remarkable was their ability to withstand Westley’s ferocious chewing."

Walk a Mile in These Louboutins...

So just last week, the most frustrating thing happened. I had just gotten out of bed, and I was feeling a little nauseous after staying up all night eating my quarantine diet of pretzels and popcorn. I still had errands to run, though: in just a few minutes, I had to run down to the school library and pick up my textbooks for the new quarter. I only had one thing to turn to: my trusty Lightning Greaves. With these, I could dash to the school on time, and because they're so absolutely glamorous, I could avoid all of the targeted insults thrown at me! (Apparently, it's "not professional" to show up to events in plate mail armor. Ugh. Posers, am I right?)

So, I open up my closet door, and, lo and behold, Westley's sitting there, chewing the @#$% out of my precious Lightning Greaves! I wrestled them from his mouth as soon as I could and wiped the dog slobber off the glistening metal with a towel. The thought of putting them on before sanitizing them brought a grimace to my face, but I was on the clock, so I threw them on as quickly as possible.

Finally, I was able to head out the door and began trudging my way towards campus, already in a sour mood. But as soon as I stepped onto the campus, that jerk from the Tower of the Magistrate tells me that wearing greaves is "against the dress code". He must've heard about me showing up to class in plate mail armor the other day.

Luckily, I managed to make it to the library on time to pick up my textbooks and get the paperwork sorted out. But at what cost? What will my backup plan be? How could I live without my Lightning Greaves?

Lightning Greaves and their little sibling Swiftfoot Boots are in 28% and 25% of eligible decks on EDHREC, respectively, making them the most popular colorless cards behind the mythical Sol Ring. They are so popular that they set the standard for haste-enablers and protection pieces across the format; even Whispersilk Cloak, a very fine piece of protection for many decks, pales in comparison to these cards.

But as powerful as they may be, they aren't without fault: Lightning Greaves, especially, suffers from the "Shroud" ability. Shroud prevents any spells or abilities from targeting the permanent that has it, which spells a lot of trouble for Voltron decks that look to suit up one creature with as many Auras and Equipment as possible. They also find themselves victim to a lot of removal (or that pesky Tower of the Magistrate), as your opponents try to avoid letting those boots walk all over them. For these reasons, the Greaves might not be the best inclusion, or perhaps you might want to run (heh) additional pieces alongside them.

Giving this duo the Staple Remover treatment presents us with a few unique challenges. First off, they're colorless, which makes it a little more difficult to adhere to one color when offering alternatives. They also both fill two niches, as haste-enablers and as protection, so that's two categories to cover. Because of this, we'll be looking at cards that fill either of those niches in a variety of colors, so that hopefully you're able to find some redundancy in the colors you're running.

As we all know from the gospel of Samut, Voice of Dissent, the number one key to winning is blinding speeeeeeed! So if you're wise, and desire some extra speed, you'd do pretty darn well with Crashing Drawbridge. This unassuming little common from Throne of Eldraine is quite possibly one of the best ways to grant haste to your entire team. Many people's go-to card for this effect is Concordant Crossroads, or perhaps Fires of Yavimaya, but Crashing Drawbridge manages to combine the efficiency of those two cards while still acting as a blocker, and, most importantly, being able to fit in any deck regardless of color or budget.

But sometimes, you don't need to make your entire team speedy; just one creature will do, and Instill Energy, a funny little enchantment that hasn't been reprinted in 20 years, will do just that. One mana to allow your creature to attack a turn early is pretty mana-efficient, but we're not here for Expedite, are we? Luckily for us, Instill Energy allows us to untap that hasty creature once a turn cycle for no cost. At its worst, this is a pseudo-vigilance effect, but at its best, this card could be drawing you three extra cards off of an Arcanis, the Omnipotent....

Speaking of one-mana enchantments, we have a fairly new one to add to the roster of exceptional haste-enablers. Before Companion ravaged every competitive Magic: the Gathering format, many people were singing the high praises of Footfall Crater, and those praises aren't any less valid today. Just one mana to be able to repeatedly give one creature haste and evasion is a phenomenal effect, and one that quite a few decks could easily run away with. Prossh, Skyraider of Kher is especially fond of this one!

Speaking of powerful commons from recent sets (shhhh, War of the Spark was recent, don't make me feel old), Kaya's Ghostform is a phenomenal protection piece that costs just one mana. It essentially enchants one creature or planeswalker and gives it Undying except without the +1/+1 counter. If your commander is a planeswalker, such as Aminatou, the Fateshifter or Lord Windgrace, then you'll notice that a pair of Lightning Greaves won't quite fit your commander's feet. Where the Greaves falter, though, Kaya's Ghostform excels, allowing you to re-trigger ETB abilities, re-activate your newly-reanimated planeswalkers, and even combo off for a late-game win.

Another sweet little protection piece can be found in Modern Horizons with Giver of Runes, and their trusty mom, Mother of Runes. These two cards are among the best 1-drops in the whole format, allowing you to protect any one of your creatures from harm. They have no amount of versatility to them, even allowing you to use their abilities as evasion in a pinch. Although they don't do too great in the face of most board wipes, they'll surely protect your creatures from harm should your opponents become too threatened by them.

Finally, we have my personal favorite protection piece: Vanishing. As Teferi's Protection has taught us, there aren't really any better ways to protect your permanents than by simply phasing them out. Although Vanishing does require a bit of extra mana, it will protect the creature it is enchanting and itself from any threat, be it targeted removal, a board wipe, a combat step gone wrong, etc. Any deck that relies on its commander and has the mana to spare, like Rashmi, Eternities Crafter, becomes nigh-unstoppable with this card. Another honorable mention that's comparable to Vanishing is Teferi's Veil, a version of it for go-wide combat-based decks. 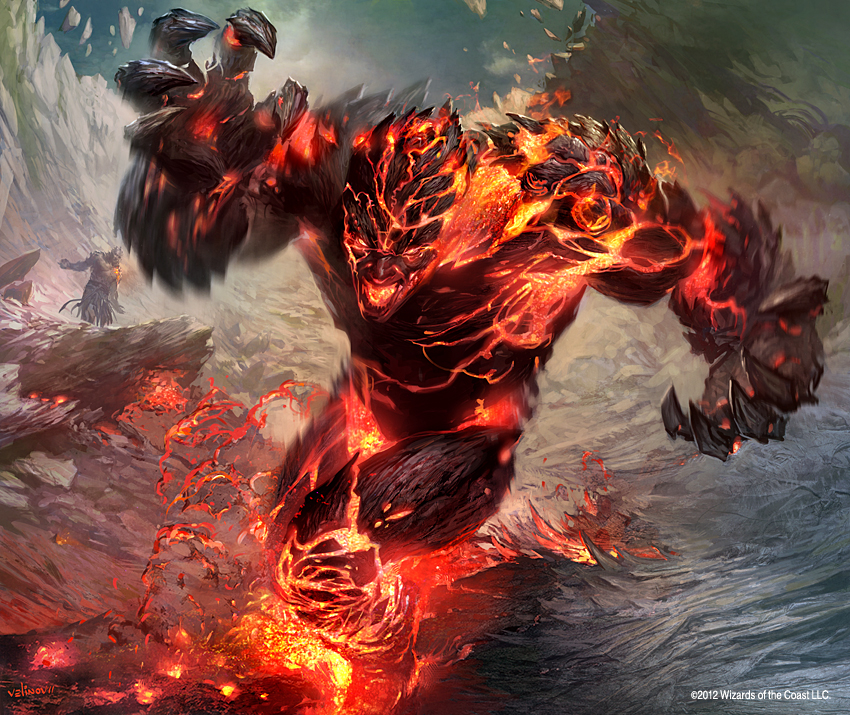 With such a diverse array of protection pieces and haste-enablers across all five colors of the Pie, it's really hard to pick just one or two to showcase and slot in any given deck, especially given how essential they are to so many decks. If you look closely, the decks that I build will usually feature some sort of protections and/or haste-enablers, many of which are on this list. Today, I'd like to showcase Ghired, Conclave Exile, the next evolution of the Grand Warlord Radha extra-combat deck that I showcased in my Craterhoof Behemoth article.

In this deck, I require haste-enablers to be able to attack with the tokens I create during combat, so I run the full suite of them, such as Anger, Crashing Drawbridge, and more. They really allow me to abuse Nacatl War-Pride, especially.

What haste-enablers and protection pieces do you run in place of (or alongside with) Lightning Greaves? There are bound to be extra spicy inclusions, and I'd love to hear about them in the comments down below!