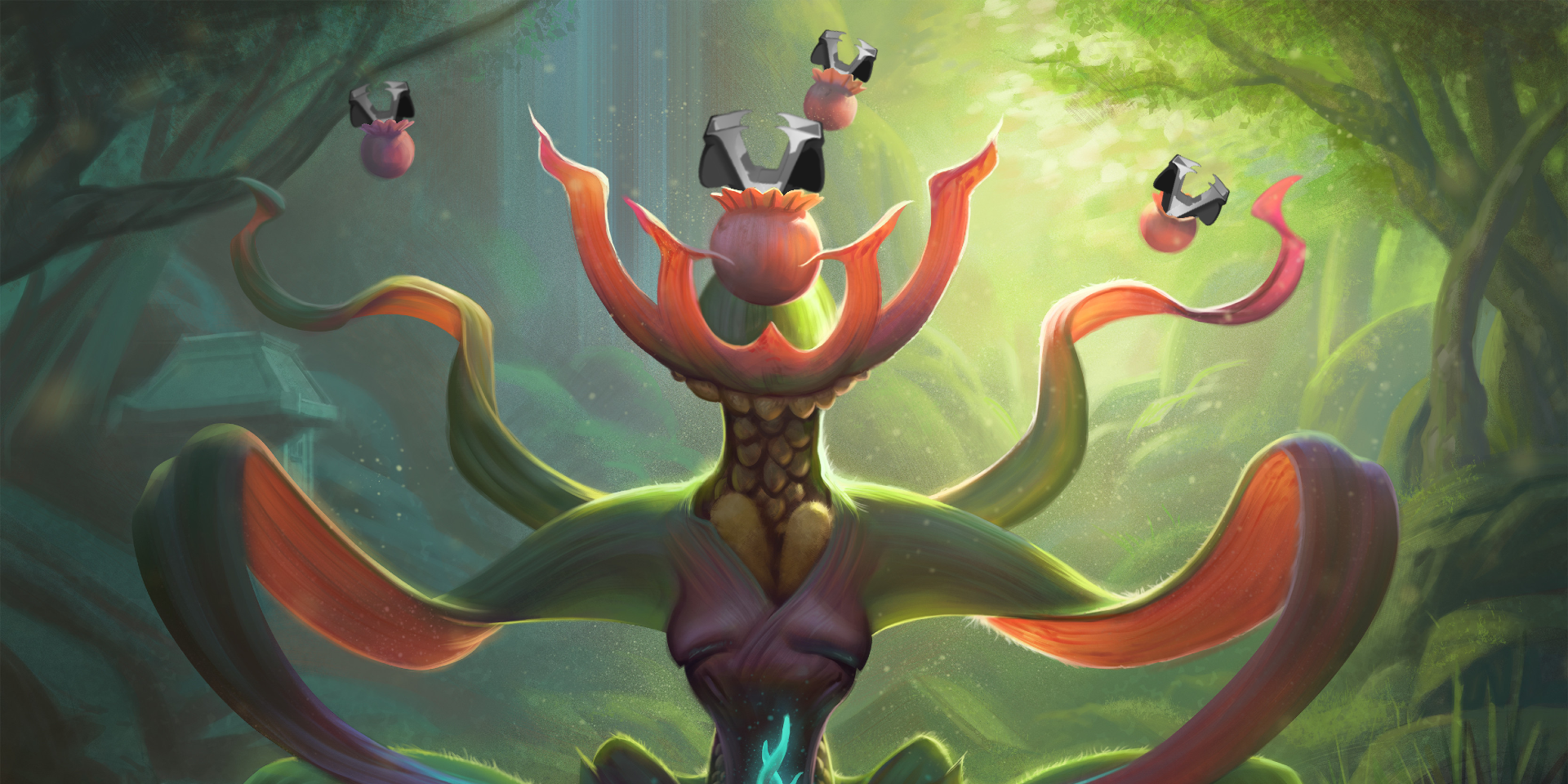 Few things give Magic players the same sense of power as having a board full of untapped lands. Even the mere possibility of a Counterspell, a Cyclonic Rift, or a removal spell can send your opponents reeling, desperately trying to avoid your ire. One such card that can provide all that open mana is Seedborn Muse, and it does so powerfully, but it's far from the only way to achieve this goal.

Today, we'll be looking at some alternatives to run in place of or alongside Seedborn Muse.

The ability to untap large numbers of one's own permanents is undeniably powerful, for a myriad of reasons. Prophet of Kruphix and Paradox Engine were so exceptional at this that they caught bans, and Seedborn Muse has found a home in 14% of eligible decks on EDHREC at the time of writing.

However, those 14% of decks aren't the only ones that could make use of such an effect. Some decks lack green, for example, or exclude Seedborn Muse for price reasons.

These decks, along with many others, can instead utilize a series of alternatives that are often narrower or lesser in terms of raw power, but more reasonable in terms of mana cost and price. With these cards, players can maximize the use of their mana, ensuring that they have the right answers at the right time, use them to increase the speed at which they can deploy threats.

Although few are as famous as Seedborn Muse, the community has gravitated towards other untapping effects as well. Conveniently, they broadly exemplify the breadth of possible manifestations of this effect.

The simplest of these is Wilderness Reclamation, an enchantment which doubles the mana production from your lands in a similar way to Seedborn Muse. Of course, it will only untap your lands once per round (as opposed to three times), but for the purposes of many decks, more isn't necessary; Counterspell doesn't cost very much, after all. Additionally, Wilderness Reclamation benefits from a lower cost and from being an enchantment, making it generally more difficult to remove than Seedborn Muse.

Like Wilderness Reclamation, Bear Umbra untaps all of your lands once each turn cycle. However, it does so during the combat phase, giving you the ability to cast sorcery-speed spells during the second main phase. In doing so, it can both accelerate your gameplan (better than Seedborn Muse could) while still leaving open mana on an opponent's turn, and it does so while protecting your favorite creature with Totem Armor.

Intruder Alarm's inclusion typically serves a very different purpose, as it is one of the most potent combo pieces in the game. However, it works very well as a synergy piece in decks with a high saturation of mana dorks, such as Llanowar Elves. It's also not the only card in this category, but more on that later.

Unwinding Clock, being colorless, is a lot easier to fit into decks than Seedborn Muse. It only untaps artifacts, though, but because it untaps them at each untap step, it works especially well with the various unique effects on artifacts. For example, Empowered Autogenerator becomes a lot stronger a lot faster with Unwinding Clock out. With just a few mana rocks, a Clock of Omens, or your favorite artifact with a powerful tap ability, Unwinding Clock can quickly make you unstoppable.

Both Murkfiend Liege and Quest for Renewal work best with creatures, be they mana dorks or those with unique tap abilities, much in the same way as Unwinding Clock. With them, one can enable all sorts of strategies. For example, in a Rashmi, Eternities Crafter deck or a Nymris, Oona's Trickster deck, untapping mana dorks can maximize the benefit you get from your commander. Alternatively, you can utilize tap abilities such as that of Tim the Enchanter, the Prodigal Sorcerer himself!

...Is a Good Offense

Sometimes, though, taking a defensive position isn't the most conducive to one's playstyle or strategy. In these instances, a different suite of cards can be utilized to accelerate one's own gameplan in a much more traditional way.

Like Intruder Alarm, Murkfiend Liege, and Quest for Renewal, Copperhorn Scout is limited in that it only untaps creatures. Despite this limitation, all of these cards remain incredibly strong. Copperhorn Scout in particular can combine with mana dorks to allow for the casting of additional spells during the second main phase, and this effect becomes significantly better when combined with extra combat spells, such as Relentless Assault. You may not get infinite mana, but a near-indescribably large amount is almost as good. And all on a one-drop, to boot!

Curse of Bounty suffers in that it can also help your opponents, but chances are good that your opponents' decks won't be nearly as equipped to use the Curse as your deck will be. Curse of Bounty untaps all of your nonland permanents, too, not just creatures, making it exceptionally flexible compared to many of our other options.

The downside on Curse of Bounty can be partially negated by a card such as Nature's Will. Nature's Will performs double-duty by both untapping your lands and tapping your opponents' lands. With this, you can produce an exceptional amount of mana and ensure that your opponents are unlikely to answer your next plays, and all you have to do is spread your damage around a bit. Requiring creatures to actually dodge blockers can be a struggle, but as many Derevi, Empyrial Tactician players will tell you, the reward is worth it. 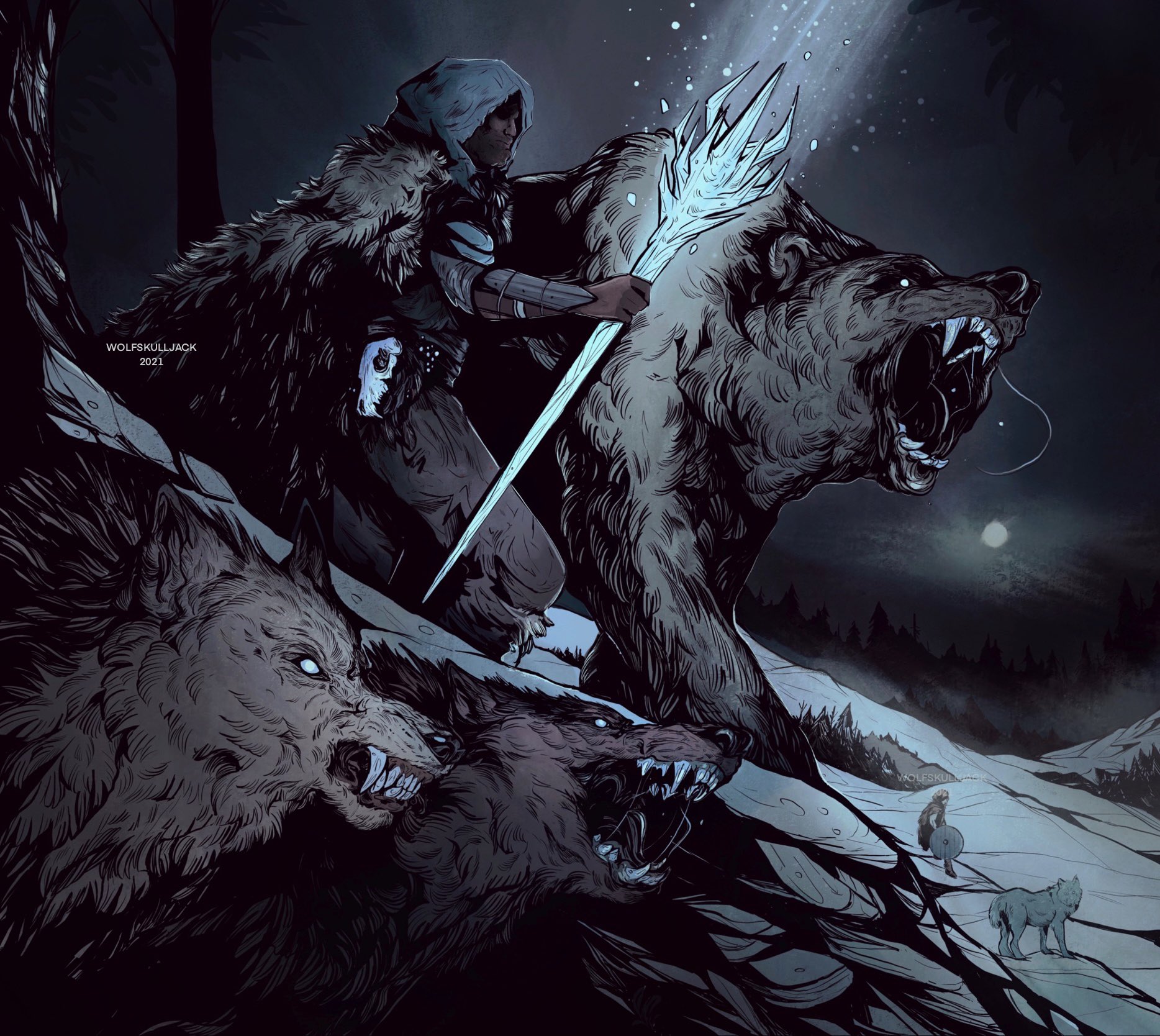 Recently, Kaldheim blessed us with a commander who delivers on many of the unique strategies that we've covered thus far. Jorn, God of Winter, even with just the front face, is a potent way to untap your permanents from the command zone. The snow restriction may be a limitation, of course, reliably untapping your lands and a small number of creatures, but potentially not much else. However, by utilizing The Rimestaff, card advantage engines, and more, this deck has lots of tricks to try.

A personal favorite synergy of mine is between Jorn, God of Winter and Draugr Necromancer. Following the combat phase, with the lands you just untapped and the creatures you just exiled, you can quickly cast your opponents' creatures and weaponize them yourself. This only gets better with cards like Ohran Frostfang, or even Lure effects (yes, I will bring those up in every article I write).

Below is a modified version of the EDHREC average Jorn, God of Winter deck. I've taken the liberty of adding a few of today's picks to the mix, as well as several other personal modifications.

What sorts of decks do you like to put Seedborn Muse effects into? How many of these different untapping effects do you run, and which ones are your favorites? All in all, I personally love the feeling of staring down an opponent with a bunch of open blue mana, so I'm always happy to see any one of them! I hope you enjoyed the article, and thanks for reading!