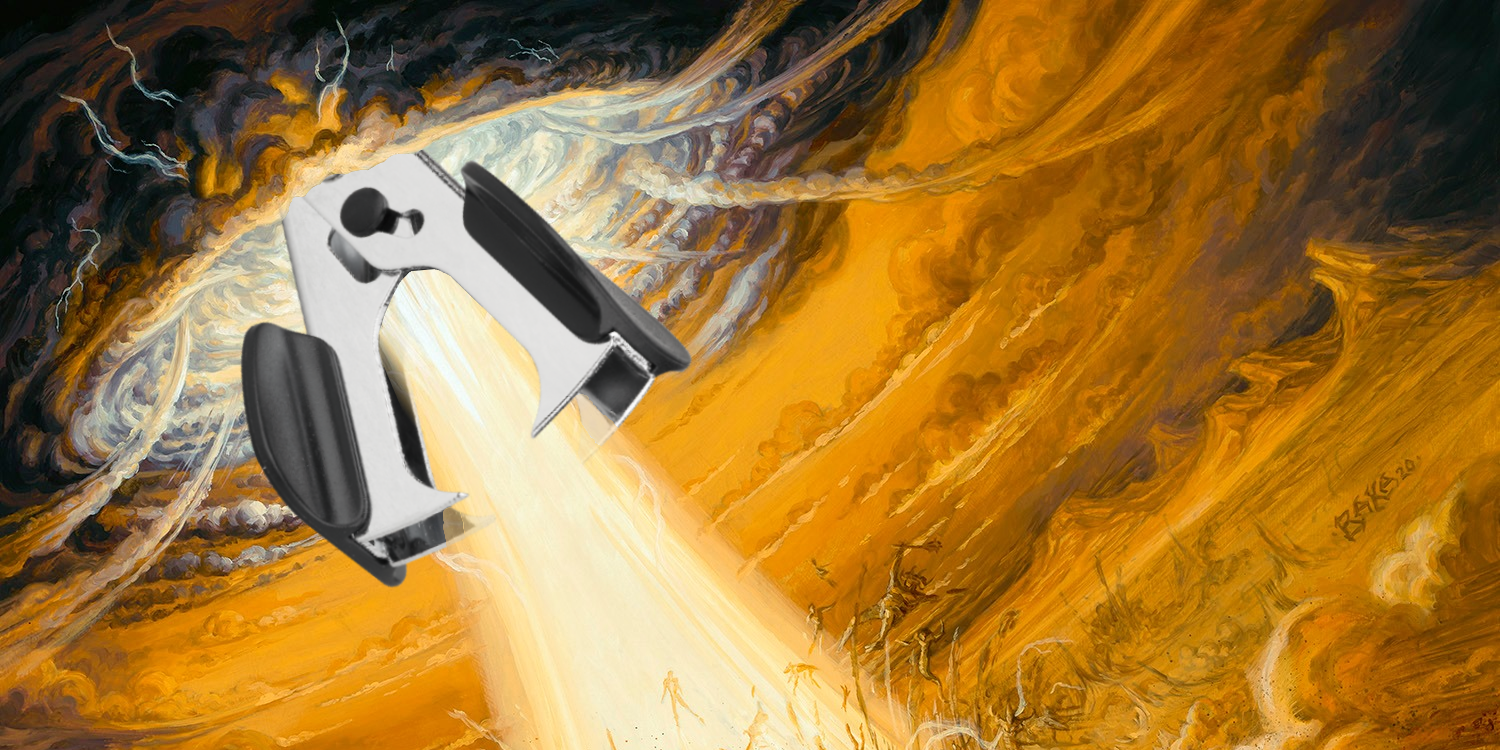 In Commander, board wipes are often regarded as a necessary evil. Nobody likes watching all of their creatures go to the graveyard - except for Aristocrats players, that is - but sometimes, a little collateral damage is justified when three other players are set back by your wrath.

As good as setting everybody back to square one is, though, it isn't always enough. Instead, we can gain the upper hand, either by applying a little more precision or by making sure that we can rocket ahead at the most opportune time. Whatever your intention, there's a whole library's worth of tools to work with, and curating the best two or three for a deck is nothing but rewarding, so let's enter the Biblioplex!

Wrath of God is among the most iconic and quintessential board wipes in the format. At four mana, it sets the standard for mana cost and effect, and is the go-to comparison every time a new wipe is released, from Shatter the Sky to Doomskar. And there are many points of comparison: white is the king of cataclysmic sweepers, giving us the opportunity to select from a range of possibilities for our own decks. This week, we'll be looking at some of the possibilities and analyzing how we can better break parity using them than we could with Wrath of God.

A Series of Unfortunate Extinction Events

The classic way to get the upper hand after a board wipe is simple: just be the fastest to redeploy! In order to do this, though, we need a few things: namely, a lot of card advantage and a lot of mana. Although card advantage is a topic best reserved for another article, there are quite a few ways to make the best use of the mana you have.

Hour of Revelation is one of those cards that translates incredibly well to Commander, as the ten-permanent cost reduction is practically guaranteed to apply when you have a total of four players at the table. Clearing the table with Hour of Revelation usually costs you only three mana, as opposed to Wrath of God's four, which may not seem like a lot, but even being the first to have a Llanowar Elves can set you on the path to victory. And for that cost, you even get a little extra, as Hour of Revelation also hits nonland permanents, which is perfect when you're up against a particularly dominant Enchantress or Artifacts deck.

If you're really hurting on mana but not on card advantage, then Sunscour takes that a step further. With an ability not unlike Force of Will's, Sunscour will cost you absolutely zero mana to destroy all creatures. It's a lot narrower than most, but it's worth considering in any deck that's likely to draw a high number of white cards. In a strategy that doesn't rely a lot on creatures (such as, you guessed it, an Enchantress deck), it's even better, as you can set your opponents back several turns or more while still continuing on with your turn as normal.

Rout allows you to rebuild faster in a very different way than Sunscour and Hour of Revelation. Instead of costing less, it actually costs quite a deal more than Wrath of God, but the added flexibility of casting it at instant speed is astronomical. By waiting until the end step before your turn to cast Rout, not only are you ensuring that you are the first to rebuild, but you also gave three of your opponents a chance to spend mana on creatures that will effectively be wasted, which is well worth the extra three mana spent. There's a reason why they love Vedalken Orrery so much on Game Knights, after all!

Of course, you don't need to rebuild much if you're the only one left with any resources. The most popular board wipe that enables playing around is Austere Command, and for good reason. But in decks that are unlikely to utilize the full modality of the card, the added modes might not be worth the mana cost.

The easiest picks are ones that simply ignore some permanents, such as Urza's Ruinous Blast. If your deck is built around legendary permanents, or if you just happen to have a good number of them, then Urza's reckless usage of the Golgothian Sylex can give you the upper hand. (Too bad for Argoth, though). A similar contender is Slash the Ranks, a newer card that only leaves Commanders untouched from among the creatures and planeswalkers on the battlefield. If you're likely to have more Commanders than everybody else, such as two Partners or theft effects, then this card can serve you well.

One of my personal favorites is Slaughter the Strong, as it combines an inexpensive cost with the ability to break parity, on top of hitting indestructible creatures by forcing them to be sacrificed. Decks built around smaller creatures, such as my Derevi, Empyrial Tactician deck, are the most likely to be left unaffected by a card like Slaughter the Strong, and they're simultaneously the most likely to utilize the saved mana to quickly redeploy any creatures that may have been lost. There are a plethora of effects like this that come at a very low cost, such as Retribution of the Meek, or that have additional functionality, such as Dusk // Dawn.

If your deck really hinges on a single creature that you'd like to keep around, then there are also a great deal of board wipes that can leave one or two creatures behind for each player. Single Combat does this and more, leaving everybody with their best creature or planeswalker, but also preventing them from grabbing any more for one turn cycle. There are a lot of ways to break parity on this effect: simply having the most valuable creature is the simplest, but certain decks can either ignore or work around the casting restriction, allowing you a full turn of building a board state and reanimating creatures while your opponents sit in time-out. In a similar vein, we have Tragic Arrogance and Cataclysmic Gearhulk, which take advantage of having a diverse array of card types, should your deck contain them.

The Sound of Silence 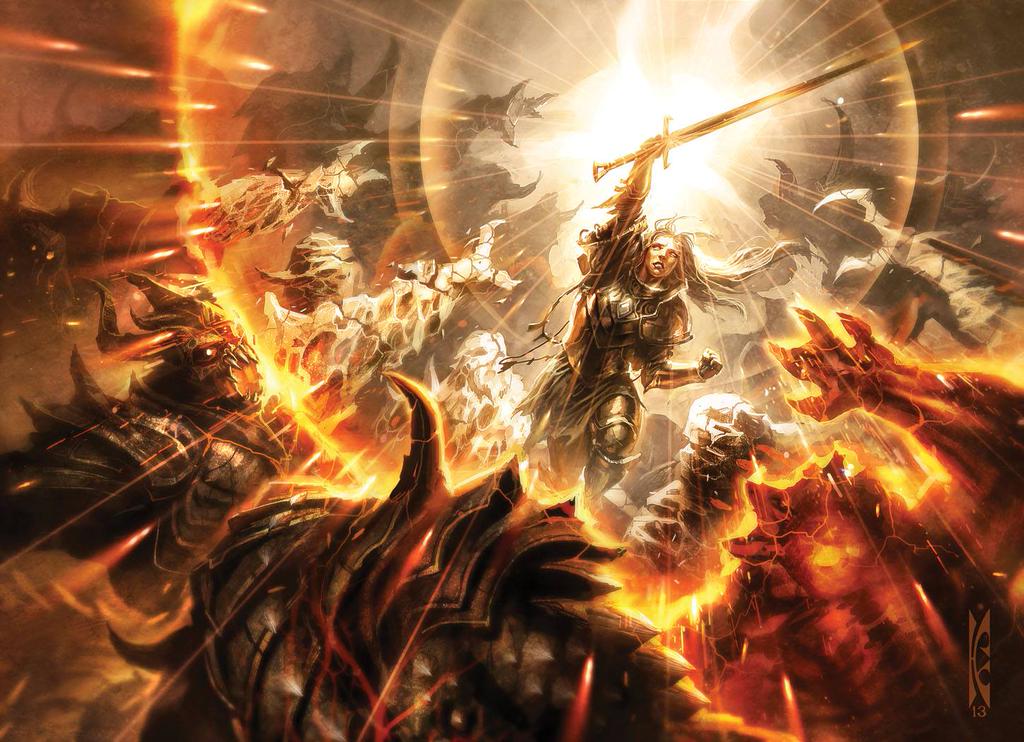 The entire purpose of Staple Remover is to find and showcase unique, synergistic, and powerful cards that you won't easily find scrolling through EDHREC's database, and although there are some amazing cards to pick from when tailoring to a specific deck or archetype, it's very rare that I find underrated cards that are amazing in any deck, even without synergy. Winds of Abandon is one of these rare cards.

Taking a look at Winds of Abandon's EDHREC page reveals that it sits in 6% of eligible decks, half as much as Austere Command (at 12%) and Wrath of God (at 13%). But looking at the decks in which it sees play, mostly mono-white commanders use it, suggesting that it's most often picked when the options are restricted. But Winds of Abandon has a lot going for it, not just compared to Wrath of God, but all of the format's staple board wipes, such as Blasphemous Act and Toxic Deluge.

Most obviously, Winds of Abandon breaks parity. One of the biggest deterrents from board wipes is that players simply don't want to lose their board, and a large amount of effort goes into playing around them to mitigate that. Winds takes all of that required effort away. It also has modality and flexibility: if you don't need a board wipe, or lack the mana to Overload it, Winds of Abandon makes a pretty decent removal spell. Finally, no amount of indestructibility or graveyard recursion is able to stop it, as exile is a much more permanent solution. As a tradeoff, your opponents get to ramp a considerable amount (if they have the basics in their deck), but in many situations, them ramping is preferable to them being able to rebuild a value engine, which is very possible after a Cyclonic Rift.

Below is my deck built around Tiana, Ship's Caretaker. This deck is especially resilient to board wipes thanks to Tiana's ability, so it's a great place to showcase some of my favorite sweeper effects from today.

What're your favorite Wrath effects in Commander? How many do you run in each of your decks, if any? Let me know in the comments below. See you next time!