Grapple With the Past - Guildpact 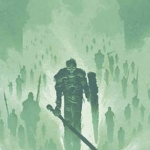 What was the impact of Guildpact?

Update 1/16/2022: Since the original publishing of this article, we have learned that Cortés' arrival in Mexico was probably not interpreted by the Aztecs as the return of the god Quetzlcoatl, as some were taught in school. The 'white gods' myth was likely invented by later generations due to various social and political pressures. We're […]

The world lived in chaos before 1945. War was the status quo for many places through out history. In the age we have lived in since the end of World War II there have been many quarrels and fights between super powers. Deaths have occurred; however, on a large scale, the world has less violence […]