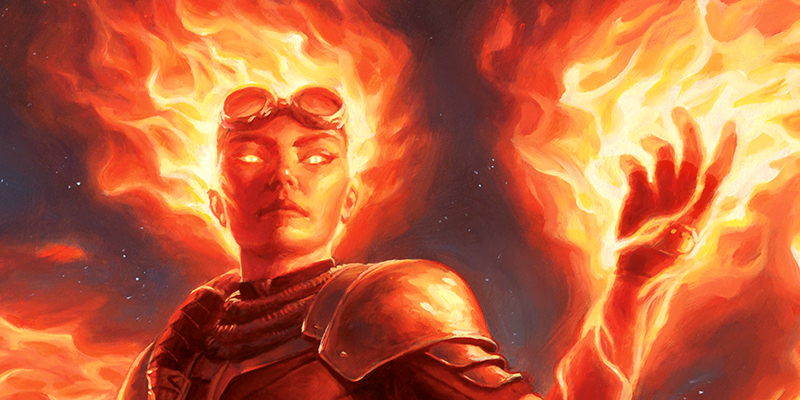 More About the Core

We’re back with The 600, the article series where we guess how popular new commanders will become after one year of existence. “Over” means I think that the commander will earn over 600 decks by year’s end, while “Under” means I predict under 600. It’s been a year since Core Set 2020 debuted (already!), so it’s time for a review.

You can read last year’s article here, but no worries if you’d rather not—I’ll be quoting it throughout this article. Also, please note that the following results were captured at the one-year birthday of Core 2020 (for the Maesters, that’s July 12, 2020).

And now, on with the article!

I always begin these review articles on a high note—makes it look like I know what I’m doing. And so...

Yarok certainly desecrated the target, and nearly did so five times over. No surprises here, as noted in last year’s article:

"There’s no shortage of powerful tasks that can be accomplished by Yarok. Furthermore, its color combination is one of the most popular in EDHREC history. This feels like a pretty easy Over to me."

Calling this one was about as easy as picking the Bulls to win the ‘96 NBA Title. Same for the next.

There was a disappointing lack of avian jokes in last year’s evaluation, so I’ll lead with one here: This is what happens when Big Bird earns a scholarship at Hogwarts. Graduated valedictorian, baby.

Now for the actual analysis, courtesy of last year’s writeup:

"One might build [Kykar] as a ‘spells matter’ deck to chain instants and sorceries together, a Superfriends deck for all the extra token blockers, a ‘big mana’ deck to sacrifice all the Spirit tokens, or a Spirit Tribal deck just for kicks."

Next up, definitely not a bird.

Anyhoo, these wedge commanders were pretty clear-cut. As I mentioned last year…

"…I think the latest version of Omnath will be another hit, appealing to Landfall players and Elemental tribal players in equal measure. It’s in the right colors, it has the right abilities, and it kicked my butt at the prerelease."

Seriously, it did. If anyone ever goes turn three Risen Reef into turn four Omnath against you, I suggest you find yourself an alcoholic beverage (assuming you’re of the legal age—stay safe, kids!).

Mardu, you want to start with Kaalia?

Here’s what I thought of her last year:

"None of the commanders from the original Commander 2011 set have ever gotten new versions, yet here we have one in Kaalia, Zenith Seeker."

Kind of a random thing to lead with, but okay.

"Notice that it’s an ‘and/or’ ability, meaning that if you have at least one Angel, one Demon, and one Dragon card in your top six, you draw one of each."

"...Kaalia does have a fail rate, albeit a slim one. Those times when you cast her and draw zero cards are really going to hurt."

The one thing I failed to note: Kaalia’s apparent affinity for the Dutch angle, which reminds me of Battlefield Earth, which is not a good association.

To quote last year’s article, next up we have "our obligatory wacky alternate win condition":

Have you ever seen anyone kill anybody with this card?

I was about to write "Neither have I!" However, doing so would likely flood the comments with wild stories about Command Fests of yore. So instead, I’ll concede that somebody has probably died to Atemsis—and I’ll bet it was pretty awesome. But I stand by what I wrote last year.

"The final ability—potentially killing someone with card advantage—is splashy, but difficult to pull off. Not only do you need six different converted mana costs in your hand, but you also need to damage an opponent with Atemsis! That’s a lot to ask."

It seems most EDH players agreed. Our final easy Under…

As I mentioned last year, Drakuseth is a very powerful card—it’s just far better in the 99 than as a commander. I suggested a "Maws matter" theme, but apparently nobody tried it.

Just one for this category: The Hand of the King.

Though Kethis was popular enough for an Over (and certainly more popular than, say, Jon Connington), I’m honestly surprised he didn’t get more decks. After all, in my initial evaluation, I compared him to "Captain Sisay combined with Karador, Ghost Chieftain." Why wasn’t he a bigger hit?

Furthermore, subsequent set releases didn’t offer Kethis much of a lift. There were some decent additions, such as Shadowspear and Garruk, Cursed Huntsman. But nothing that really jumps off the web page.

"…Kethis is also left-handed, making it an amazing leader for a Southpaw Tribal deck."

You’ve heard of stock brokers, real estate brokers, and broker than the Ten Commandments. But have you ever heard of a blood broker? If you’re one of the 361 people who built around Vilis, you totes have.

I came in hot with this one. Just check out my lead for the analysis:

"In my opinion, this card might be the most interesting commander in the entire set."

Whoa baby! That’s quite a way to kick off an evaluation. And the best-case scenario mentality only continued.

"Imagine your Read the Bones now drawing you four cards. Greed is now a repeatable Ancestral Recall in black. Griselbrand now draws you 14 cards per activation (if only it were legal). You get the idea. In its best case, Vilis draws you a ton of cards."

True. However, I soon got real…

"Ultimately, I think his high casting cost will be Vilis’s downfall. Eight is already a ton. If it ever gets killed, you’re paying ten mana to cast your commander for just the second time.

Listen, I know we EDH players can get away with big casting costs. But eight mana in mono-black? Though it was a close thing, it seems like most players weren’t willing to pay the price.

And now for the part we’ve all been waiting for…the mistakes! I had some rough ones this time around, starting with…

I’ve been writing these articles for nearly two years, and this is the first time I’ve missed on a Can’t-Miss Pick. For shame!

I’m still kinda surprised this one didn’t pan out. I mean, everybody loves gold cards, and this set released on the heels of three Ravnica sets. And later in Rienne’s run, Ikoria dropped even more multicolored goodies. Where did we go wrong?

"Rienne makes your other multicolored creatures virtually immune to board wipes. Plus, it plays nicely with enter-the-battlefield triggers. Though Naya isn’t the best color for sacrifice synergies, one can still get creative with those as well."

For starters, I think I downplayed the lack of sacrifice synergies too much. Without black, there aren’t many sacrifice cards that really pop in this deck. Yes, you can loop Dauntless Escort, Qasali Pridemage, and Saffi Eriksdotter. But those are about the best sac synergies Rienne gets.

Furthermore, Commander 2019 might’ve put a damper on Rienne’s popularity. With three Naya commanders earning above 600 decks (curse you Marisi, Breaker of the Coil, I gave you an Under!), it seems like her color identity became quickly crowded. In my experience, many players only have one deck per color combo, so I’m guessing most Naya players chose C19 commanders over Rienne.

Another angel comes next:

Sephara came close to 600, but ultimately fell short of the mark. Here’s why I gave her an Over:

"Sephara corrects one of mono-white’s biggest issues, namely its lack of mana ramp. I think players will recognize this. It still doesn’t mitigate the other mono-white issue (no card draw), but that’s alright. I never thought I’d say it, but I’m going to give an Over on a mono-white commander."

FYI, I just did the same for Mangara, the Diplomat, who’s currently off to an inauspicious start with just 69 decks. Not again!

But let’s not get off topic. ‘Tis true that Sephara’s alternate cost circumvents white’s mana ramp problem. In my initial evaluation, however, I believe I downplayed just how boring mono-white can be. There’s no shortage of fliers in the color, but I suspect most players weren’t especially hyped to play Segovian Angel, Healer’s Hawk, and Ornithopter. What is this, amateur hour!?

In my opinion, this was the biggest sleeper success since Paranormal Activity:

Here’s how we kicked things off last year:

"Hydra tribal? Not sure anyone was asking for it, but I’m always surprised by the unusual tribes people like."

Surprised again. I did not think that Hydra tribal would take off, especially in mono-green, but here we are. I think I might've been too focused on the Hydra thing, though, and not focused enough on the pseudo-Heroic bit. That text spawned two additional archetypes for Gargos (Auras and Cantrips), which I'm sure helped push it over 600.

Finally, we'll close with my biggest blunder. You’ll notice I haven’t yet mentioned the set’s most popular commander. That's because I gave it an Under.

Listen. Roger Ebert gave Napoleon Dynamite one-and-a-half stars, the Bears passed on Patrick Mahomes, and I gave the most popular five-color commander in the history of EDHREC an Under. People make mistakes.

But I'll make no more excuses for myself! I spent six paragraphs exploring how powerful Golos is, then shot it all down in one. Here's a snippet of that misguided text:

"Yes, Golos’s activated ability is powerful, especially when combined with Time Stretch effects, but it feels like just another five-color goodstuff deck, and we already have Jodah, Archmage Eternal and Niv Mizzet Reborn to fill that role."

Right on par with my career average. Next up, Commander 2019. Until then, thanks for reading!