The Toolbox - Court of Cunning 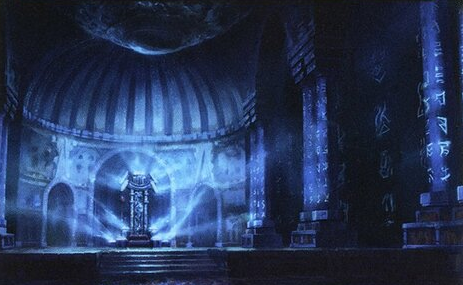 The Cunning Method of Mill

Welcome back to The Toolbox, where we take a look at underutilized cards and evaluate new ways to play them. Today, we're examining a fun enchantment that I think has some very interesting utility in Commander: Court of Cunning!

Court of Cunning is a newer enchantment from Commander Legends that not only brings the Monarch into the game, but is also just a powerful mill card. You just have to make sure you can keep the crown until your next turn.

Personally, I love any excuse to introduce the Monarch into a game, what with all the convoluted bargaining that it brings, but which specific commanders should play this card? Well, let's get into it, and we'll start by looking at the commanders who already currently play Court of Cunning, to see what we can learn!

Bruvac, the Grandiloquent is a great starting point for the Court, given his insane ability to double any mill for our opponents. A brick wall of Persistent Petitioners can make it very easy to keep the Monarch. The reward for keeping it even a single round is a total of 60 cards milled from your opponents!

Next up we see that Araumi of the Dead Tide also tends to play the Court pretty often, and I am honestly not 100% sure that I agree with this. The synergy of milling yourself to fill your graveyard for Araumi is great, but I think Araumi could struggle to hold onto the Monarch for even that one crucial turn. Araumi of the Dead Tide's ability happens at sorcery speed, and the Encore tokens only stick around for one turn. While there are cards in Araumi's deck, like Vile Entomber, that we could throw under the bus to protect our crown, I'm not sure that's enough. This is one of the times that I think your personal choice will really show, and there's not an easy call.

Moving on to the final most popular commander that currently plays the Court, we have Phenax, God of Deception! Phenax is the perfect example of a commander that pairs with Court of Cunning. Phenax's deck already plays absurdly big creatures, like Charix, the Raging Isle and Hover Barrier, that will just sit there to hold down the fort. Phenax can then slowly mill opponents out from behind a huge defensive wall, turning Court of Cunning into the mill equivalent of a big Sulfuric Vortex stapled to a Phyrexian Arena!

Starting it off is a returning favorite: Rielle, the Everwise! While she may seem like a hardcore discard commander, this old dog may have some new tricks up her sleeve!

This is actually a personal build of mine, which I don't get to share very often, but I'm very excited for the opportunity to do so!

There's a lot that goes into this deck, but the basis is this: mill yourself to get a giant Rielle that can one-shot people with Commander damage. Court of Cunning doesn't just hit opponents - it can target any number of players, which means you can target yourself. By filling her own graveyard, Rielle gets much bigger much more quickly. It's a bit of a pet card, but it's a valid one. Court of Cunning has the ability to disrupt random tutors, like Flamekin Harbinger, by milling the tutor targets, it introduces the Monarch into the game, and it has the chance to give Rielle a big burst of power, all at once!

Even on her own, a 30-power Rielle can be enough to deter attacks, and with other cards like Darksteel Plate, it's not too difficult to keep that sweet Monarch for a turn. Even if you aren't able to keep the crown, I love bringing the Monarch into the game because of how it distracts opponents and how easily this deck can push damage through to fight over the crown ourselves. Cards like Rogue's Passage, Maximize Altitude, and Temur Battle Rage are amazing for getting the crown back to its rightful owner!

The deck rounds out with some of the typical Tolarian Winds, Attunement, and other engine-y cards to keep things running, but there's nothing quite like cursing yourself with Fraying Sanity and milling yourself with a Court that also draws you cards. I've put a lot of work into this deck and am very happy to share it, so feast your eyes on the decklist!

Next up we have the queen herself, Oona, Queen of the Fae! Oona's pretty clearly a commander that wants to mill, but she also wants to make a lot of Faerie friends. She's even a great payoff for infinite mana combos such as Dramatic Reversal + Isochron Scepter. So why do I think she would want a card like Court of Cunning?

Well, for starters, it's a flavor win! Giving the queen her crown is too perfect not to include. Realistically, though, the mill that Court causes every turn is extremely relevant for Oona's main gameplan (that is, in the non-combo-focused Oona decks). The Monarch itself is what really kickstarts this card for Oona, Queen of the Fae: Oona's ability makes flying tokens, which notably can be used to chump block or get past blockers on the ground. This lets Oona more easily hold onto the Monarch, to get the most out of Court of Cunning. Lord effects, like Scion of Oona and Glen Elendra Liege, make attacks for our opponents even worse, to the point that there's probably nothing they can do about it, and they have to relinquish any attempt to take away our crown.

While Oona, Queen of the Fae may not be on everyone's radar, I think she's definitely deserving of the Court. Her capability to use mill or damage as a way to end games makes her a perfect fit, so let's get to the decklist!

Finally, we have Hanna, Ship's Navigator! This is one that I'm really excited about, and I'll probably end up calling back a little bit to my previous article about the card Attunement, particularly the section about Estrid, the Masked. Let's get into it!

Hanna is a great example of a deck that can play a very fast game or a slow, grindy game; she can quickly build up to a massive Open the Vaults, or slowly grind opponents down with a mountain of value by using cards like Sphere of Safety and Kiora Bests the Sea God. Personally, I like going somewhere in between, where we lean towards a mass enchantment reanimation strategy, but can also go long if needed.

This is where Court of Cunning comes in. Not only can it act as a way to slowly put cards in the graveyard, but the Monarch is a perfect way to distract opponents and get that little bit of time to take over. And of course, Attunement is another great option for filling your graveyard, which you can read more about here.

Interesting, some control decks in the Legacy format have actually adapted to using Court of Cunning as a win condition. You're probably not going to win with the 'mill two' option every turn - unless the game goes to some insane time, at least - but if you first lock out the game with cards like Sphere of Safety, Aura of Silence, Leyline of Anticipation, and Karmic Justice, it becomes a lot more feasible to hold the Monarch for long enough that the Court is a viable win con. You can even speed up the clock by copying it with Mirrormade, Estrid's Invocation, and Copy Enchantment!

While this does require a very special build of Hanna, I think that the deck lends itself well to this toolbox of cards, so let's get into the decklist!

The Court of Mill

I hope you’ve enjoyed reading this installment of The Toolbox, and that Court of Cunning has found a place in your toolbox. What other ways would you use Court of Cunning? Do you think that I’m overvaluing this card, or do you agree that it’s highly underrated? What other cards do you think are missing from players’ toolboxes? Let’s talk about it in the comments below.

If you have any suggestions for the series or things you’d like to see in the future, I would love to hear them as well. Thank you all once again, and please stay safe!