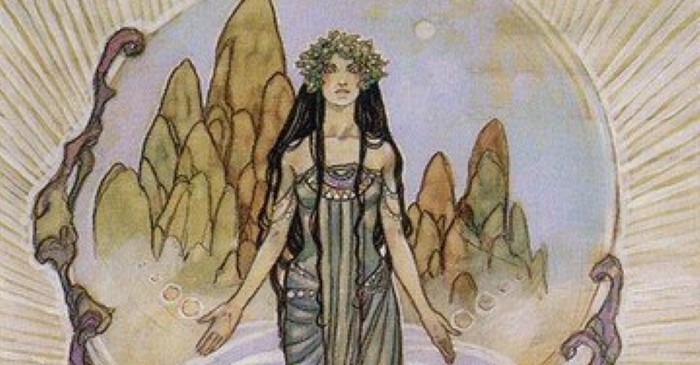 A Holistic Approach to Learning

Welcome back to The Toolbox, where we take a look at underutilized cards and evaluate new ways to play them. Today, we're discussing an enchantment that I think is very underplayed in Commander: Holistic Wisdom!

Holistic Wisdom, an Odyssey enchantment, is by far one of the most unique and interesting Regrowth effects I've ever seen. Starting off, it has some absolutely beautiful art by Rebecca Guay, which, as usual, cannot be matched! And the effect is just as great! It has the ability to trade cards with matching card types from your graveyard to your hand. You have to exile a card from your hand to pay this cost, which is admittedly a hurdle to overcome, but I think it's a worthwhile one.

First we have Pharika, God of Affliction, who plays Holistic Wisdom in just 6.5% of her decks. Pharika has become known as a great off-the-wall Enchantress commander. A large density of creatures and enchantments makes this the perfect kind of deck for Holistic Wisdom to slot into. For instance, later in the game, when a Font of Fertility is no longer relevant, Holistic Wisdom can turn it into a timely Pernicious Deed!

Next up is Wort, the Raidmother. She's an absolute beast at the helm of a Storm or Spellslinger deck, each of which loves to accrue a critical mass of a specific card type. This strategy can end up with a lot of tiny, low-quality spells that you don't necessarily want to recur, but that just means you're more easily able to leverage cards like Holistic Wisdom. Let's say during a Storm turn you have a bunch of mana, creatures, and a dead Kodama's Reach in hand. Trading that Kodama's Reach for a Shamanic Revelation can turn a game around on a dime!

Finally, there's Tuvasa the Sunlit, a quintessential Enchantress commander. Like Pharika, a high density of enchantments could give Holistic Wisdom a great toolbox effect to help retrieve key enchantments from the graveyard. However, even though this is the third most popular commander to play Holistic Wisdom, it only shows up in 0.61% of Tuvasa decks.

Clearly there are a lot of directions to take this card, and it's not getting the love it deserves, so let's find even more great homes for it!

Nylea, Keen-Eyed is one of the most creature-centric commanders we've ever seen in Magic - one ability helps find creatures, and the other makes them easier to cast. What more could you want?

Nylea gives her deck a focus, full of tons of amazing creatures Holistic Wisdom could recur. For instance, starting small, it's possible to loop Sakura-Tribe Elder and Hope of Ghirapur. Again, that's small - there're greater implications with such reliable recursion.

This deck is carefully constructed to snowball, like a creature Storm deck. With Nylea making creatures cheaper, and mana dorks like Circle of Dreams Druid, creatures like Endless One become big threats with very little investment. Then there's the card draw, like Beast Whisperer, Soul of the Harvest, and Guardian Project, so every creature cast is several cards drawn, to cast even more creatures. Finally, we have the payoffs: Unnatural Growth, Old Gnawbone, and Craterhoof Behemoth himself. All this combines to make an engine that wants to spiral out of control.

The thing is, there are only so many top-of-the-line mana dorks, engine creatures, and payoffs. If your hand runs light on any of these, and one gets countered, that's detrimental to the deck's performance, which is why a card like Holistic Wisdom is so important. The ability to repeatedly exchange a Llanowar Elves for a Craterhoof, even if it got countered, is insane!

I could go through every possible interaction here, but I think that you get the idea. So, let's get to the decklist!

Next up is a fan favorite from Commander 2020: Kalamax, the Stormsire! By now I think we're all familiar with the classic copy combos that work so well to make an infinitely big dino, but Kalamax can also play a much longer game by simply growing over time, and slowly accruing extra card advantage with its first ability. So what makes me think the Stormsire would want a card like Holistic Wisdom?

For starters, copying an instant each turn provides a great deal of card advantage over time. Kalamax already wants you to play at instant speed to maximize this value, so having instant-speed recursion with Holistic Wisdom is a great angle.

This also means you can trade a simple Consider for a powerful Unexpected Windfall, which Kalamax will copy to make four Treasures and draw four cards, at which point we can exhcange yet another instant to get Unexpected Windfall back again, casting it several times if we so choose, and pumping up our commander as we dig deeper into our deck. Holistic Wisdom even adds redundancy to Kalamax's combos by getting back important pieces like Reverberate or Chandra's Ignition. I even like that we can even exchange some random Birds of Paradise to get back our high-profile Magecraft creatures like Archmage Emeritus and Storm-Kiln Artist.

While not everyone may agree, I think that Holistic Wisdom is well worth it for Kalamax, so let's get into the decklist!

Finally, we have the angry jellybean, Omnath, Locus of Rage! Omnath is my oldest and most favorite commander, so I'll take any opportunity I can to talk about this deck. A Landfall commander that can make a brick wall of Elemental tokens is great on its own, but the ability to dissuade Wrath of God makes it even more powerful! So why would a commander like that want Holistic Wisdom?

Omnath was the first commander I thought of when I first read Holistic Wisdom Every time I play this deck, it always wants more Regrowth effects. However, after playing it for going on to six years, the slots are extremely tight. Over the years my Omnath has become more aggressively slanted, aiming to end the game in a giant burst of damage from the jellybeans, rather than beating in for combat damage.

The issue this deck can run into is that there's not a lot of redundancy for some of its most powerful effects. For example, there are powerful sacrifice outlets like Phyrexian Altar, Ashnod's Altar, Greater Good, or Goblin Bombardment - but it's tough to justify running more. If Omnath finds one, but then it perishes, that's exactly when Holistic Wisdom becomes an all-star, helping retrieve those uniquely key cards. When this deck is going off, it's no price at all to exchange a Cultivate for a Rishkar's Expertise. That spell is awesome, and so is playing it multiple times. Scapeshift is the only card that does what Scapeshift does, and it's even sweeter the second time around.

Holistic Wisdom may not be perfect for every build, but definitely worth considering if you're looking for some spicy tech!

I hope you’ve enjoyed reading this installment of The Toolbox, and that Holistic Wisdom has found a place in your toolbox. What other ways would you use Holistic Wisdom? Do you think that I’m overvaluing this card, or do you agree that it’s highly underrated? What other cards do you think are missing from players’ toolboxes? Let’s talk about it in the comments below.

If you have any suggestions for the series or things you’d like to see in the future, I would love to hear them as well. Thank you all once again, and please stay safe!