The Toolbox - Let the Past Die, Kill it if You Have To... Then Bring it Back? 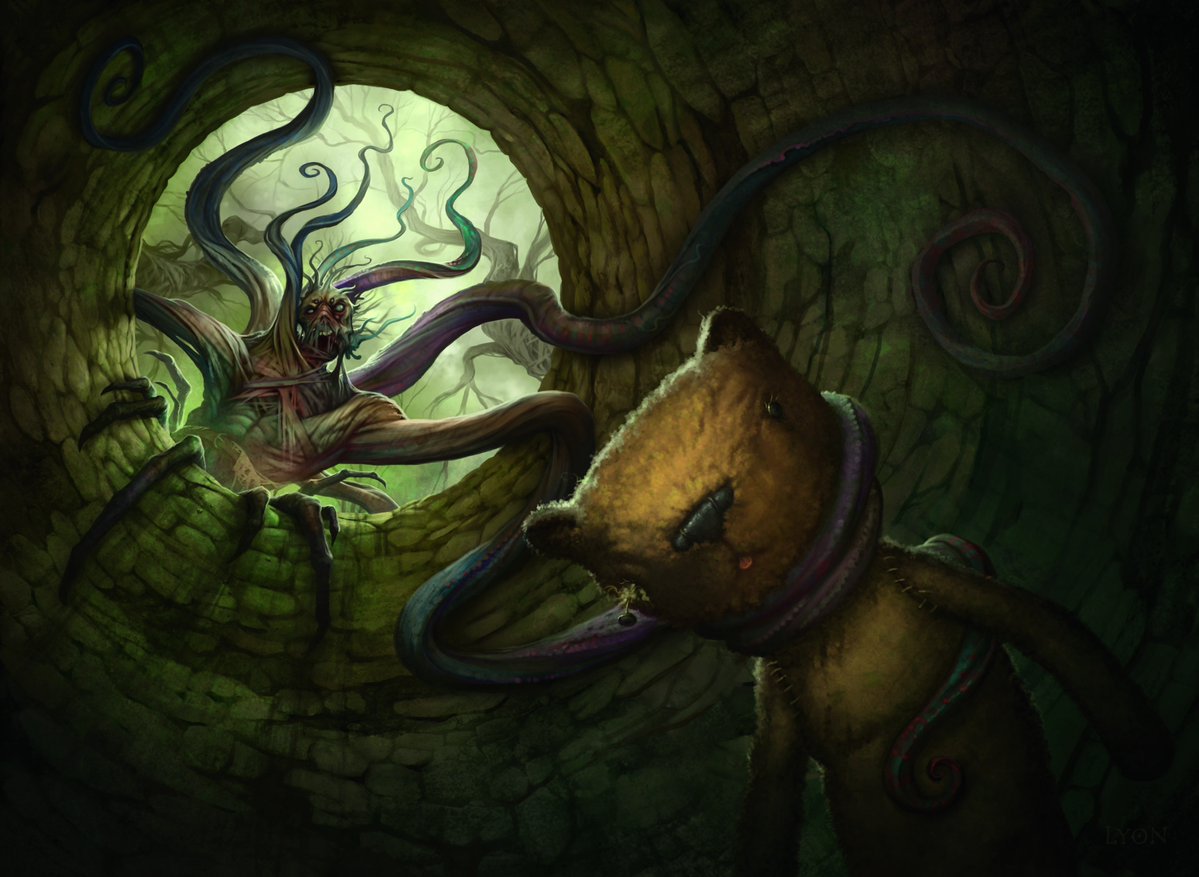 Hello everybody and welcome back to The Toolbox! I am sure you're wondering how I was actually allowed to continue writing my half-nonsense (let’s be honest, it is closer to 75%-nonsense) here on the site. I am just as surprised as you, but am even more excited for this article! If you have not read the first article in this new series about lesser-known toolbox cards, I would definitely recommend checking it out. Last time on The Toolbox we took a look at the innocuous artifact Liquimetal Coating, but this time we are going to Grapple with the Past a bit. (See what I did there? No, fine, someone thought it was funny… please tell me someone thought it was funny?)

Grapple with the Past is a bit of an oddball card. It's pretty unassuming to most, but has a lot of utility to it. At first, many will view it as a worse version of Grisly Salvage, because it only puts three cards into the graveyard instead of four, but that is not all there is to it. Grapple with the Past does put less cards into your graveyard than Grisly Salvage but it adds the versatility of being able to pick ANY creature or land from your graveyard, not just from those milled. It also adds the versatility of not having to play black to retrieve creatures from your yard, which is immensely useful! But how is it useful to us? Well, we can see from its EDHREC page that pretty much all of the decks that run it want to do one thing: put lots of cards in the graveyard, or into the bin, if you will. If you won’t, too bad, I’m the one writing the article. This does sound like a heavy generalization, but it is true. You have decks ranging from reanimator, such as Meren of Clan Nel Toth to land-centered decks, such as The Gitrog Monster. I am not going into a ton of detail because pretty much every deck that already runs Grapple with the Past is playing it to gain some sort of value with the commander. Whether it be another token off of an Izoni, Thousand-Eyed trigger or having access to a few more cards to cast off of Muldrotha, the Gravetide, the goal is the same. So now that we now how it works and what it does, let's get right to the action!

Starting with an old favorite, we have the great Borborygmos Enraged! The not so lean, half-green fighting machine is in the ring to play with this puny, out of place instant! So why should we even consider this, you ask? To really answer this question, we have to understand fully what he does. Well, not really, but it helps. Let't start with the first line: he has trample. Cool. Who would have thought that the eight mana green creature would have trample? My sarcasm aside, it genuinely is a good keyword to have, considering he's a 7/6 and when he deals combat damage, you reveal the top three cards of your deck and put all lands into your hand and the rest in the bin. I can already hear the keyboards clicking to type comments that adding Grapple to this commander's deck would be unnecessary redundancy. But hear me out! Give me a chance to explain my insanity. This may be redundant, but if you mill over a creature that you want, Grapple with the Past will take that card and put it right back into your hand. Grapple also doesn't target a specific card, so even if an opponent's Scavenging Ooze exiles the card you want, you can still retrieve another. And of course, Grapple with the Past goes perfectly with that Mina and Denn, Wildborn that just got hit by Doom Blade or that Strip Mine you used in retaliation. At the risk of me sounding even more like an infomercial - but wait, there's more! - let's get right to the decklist.

It's Not Easy Being Green

When someone says "artifacts," you naturally think really anything except green. Glissa, the Traitor, however, likes to break this line of thinking. This does provide some strictures in terms of deck building, but also a very unique twist. She's a 3/3 first strike, deathtouch Zombie Elf that costs three mana, and somehow this amazing creature has even more text past those very aggressive stats. When an opponent's creature dies, we get to put in artifact from a graveyard right to our hand! That is absolutely great and benefits extremely well off of putting cards from our graveyard right into the bin. As an aside, Chris Rahn, you did a great job on this artwork. It is so alluring yet imposing with the intense colors and organic form, I love it! Getting back on topic, why should Grapple go in this deck specifically? My feeling with Grapple with the Past is that it is an underplayed utility card, so most of the reasoning is going to be similar across the decks that I highlight. However, the feeling of being able to Regrowth an Inventor's Fair or Sidisi, Undead Vizier at instant speed while putting even more cards in the bin is too good! So let's get right to the decklist so you can see the full utility that Grapple with the Past has in this kind of deck.

The Mandatory Angel of the Article

To fulfill the obligatory Angel requirement, we are gonna take a look at Sigarda, Heron's Grace. First off, I swear that I did not do this intentionally, but once again I have to say that Chris Rahn, your art is absolutely stunning for all the intensity and emotion that it brings out. Moving on from my shameless plug of beautiful artwork, this is a very overlooked commander with some very strong abilities. She has flying and also gives us and Humans we control hexproof! I love hexproof so much. I know it's silly, but it just gets me so excited! How do we get Humans, you ask? Sigarda, Heron's Grace makes a 1/1 Human token just by paying two mana and exiling a card from our graveyard. Even then, why play Grapple with the Past? This amazing Angel not only wants cards in our bin but also to get rid of them?! Being able to put four cards into the graveyard including Grapple and being able to Regrowth a creature or land at instant speed sounds like an obvious inclusion to me. Plus, setting up an Angel of Glory's Rise even more after a Wrath of God would be a game-changing play! Now I just want to build Human tribal with Sigarda, Heron's Grace at the helm, lets get to the decklist so I can start brewing.

Come on, just look at Multani, Yavimaya's Avatar and tell me that this isn't the Magic version of Groot? He isn't you say? Fine, I'll just get back to my article, whatever. I'm kidding, you all are honestly great and bring me so much joy! So let's bring some more joy to fruition with this neat Elemental Avatar with reach and trample! He gets +1/+1 for every land we have in play and in our graveyard, and his last ability to return from the graveyard to the hand by paying two mana and bouncing two lands is less relevant but still notable. I think he is criminally underplayed in general with 59 decks on EDHREC at this time, but how are those decks not running Grapple with the Past? Grapple with the Past does everything that we could possibly want in this deck! It puts cards into the graveyard and lets us get something like Ramunap Excavator or Strip Mine back into our grip. This card is just so strong with all of the land and land based creatures in this deck! Lands always just get me so excited for the decklist so let's get to it!

Thank you everyone for reading! I hope that this has been as much of a delight to read as it has been to write, and that you see other ways to play Grapple with the Past. As always, please let me know what you think! From neat ideas to card suggestions, anything that is genuinely helpful or fun is welcome. Everyone have a great rest of your day, and I will see you next time!