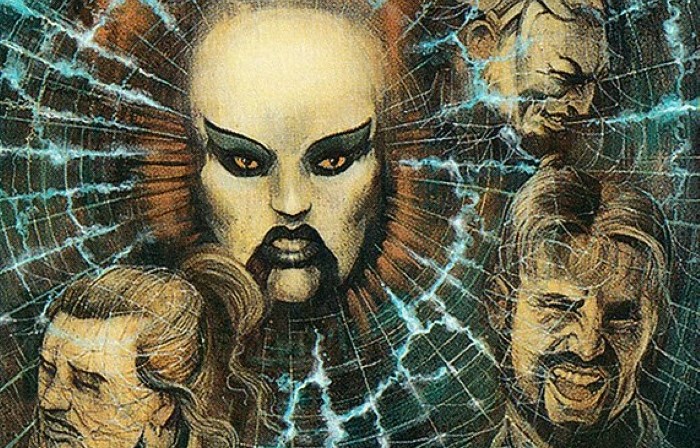 Caught in the Stax Web

Welcome back to The Toolbox! Here, we take a look at underplayed cards and evaluate where they ought to see more play. Today, we have a fun hate piece that I think is very underrated in Commander: Tsabo's Web!

Now, I know that Stax pieces are not everyone's favorite, but this is one that I think scales really well depending on the playgroup. I like to think of it as a Back to Basics exclusively for lands with a non-mana-producing activated ability, such as Rogue's Passage, that also draws a card when it enters the battlefield!

The reason that I think Tsabo's Web scales so well is because it can balance out games where, for instance, a Phage the Untouchable player also has their Rogue's Passage ready to wipe someone out. This also works for whenever someone plays out an early Inventor's Fair, Kessig Wolf Run, or any one of all of the various lands in our amazing format!

One interesting thing to note is that it also tags Tolaria West and the Cycling lands, such as Forgotten Cave, because they do still have an activated ability, even though it cannot be used from the battlefield. There's also the added bonus of not being as much of a feel-bad for an opponent playing something like an Esika, God of the Tree // The Prismatic Bridge God-Tribal deck where Back to Basics could be absolutely devastating. This is one of the more soft-locking Stax pieces out there that has a wide reach in our format, but where should it be played? Let's get into it!

To get our bearings, let's first figure out the places where Tsabo's Web is already seeing some play. Starting off with Yorion, Sky Nomad, there is an interesting bit of interaction past the obvious ability to repeatedly blink Tsabo's Web to draw a bunch of cards. Hypothetically, if you had an important land in play, such as Scavenger Grounds, at the end of your opponent's turn you could blink Yorion with some effect such as Ephemerate, so that Yorion will then delayed-blink Tsabo's Web until the end of your turn. This means that you can then untap with the Grounds, and get more value from the Web entering once again! This same interaction of blinking the Web repeatedly can also be seen with Brago, King Eternal, making him another great contender.

Next is the artificer herself, Jhoira, Weatherlight Captain! The reason for including the Web here is pretty clear, as Tsabo's Web effectively draws two cards for two mana. Additionally, I highly recomment including cost-reducers in the deck, such as Etherium Sculptor. That way, if you end up with your Inventors' Fair out on the field early, you're not forced to tap it for mana, making it unable to tutor up an artifact later because it won't be able to untap.

If we're going to talk about bringing extra value, then Alela, Artful Provocateur is a great home for the Web for reasons very similar to Jhoira, though it's perhaps a bit more aggressive. Here, Tsabo's Web makes a flying Faerie, draws a card, and hampers opponents' land bases, all for just two mana! Actually, I like Web very much in a three-color deck like this, due to the simple fact that we already need to make concessions in our mana-base to play more color-intensive mana-fixing lands over utility lands that the Web would affect.

While these seem like pretty clear-cut places to include Tsabo's Web, I think there are even more unexplored options for it to see some play, so let's get into it!

The one, the only, the bane of my existence for a little bit in Modern, Urza, Lord High Artificer! Urza is just an insane card: when he ETBs, he makes a Construct that can get huge quickly, he turns all our artifacts into Mox Sapphires, and he lets us do a one-time Mind's Desire for five mana. So let's get into why I think Tsabo's Web is such a strong fit for a deck like this!

I know that Urza has access to a lot of powerful utility lands, like Inventor's Fair, Buried Ruin, and Academy Ruins just to name a few, so there is a cost to playing Tsabo's Web. However, 25% of Urza decks are already running Back to Basics, and 53% of them are playing Winter Orb. Urza's mana-tapping ability allows the deck to function without major use of lands, which means even though the Web affects each player, we break parity with our opponents. While having Web will take some playing around to not lock down one of our own lands, that's definitely doable. We can also generate a bit of a combo with Mycosynth Lattice and Unwinding Clock to be able to untap these utility lands in an effective (albeit convoluted) way.

At very worst, for Urza, this is an Arcane Signet that replaces itself and can disrupt opposing lands. At best, Web can act as an easily-tutored soft Stax piece!

This section almost went to Derevi, Empyrial Tactician. Don't get me wrong, Derevi's ability to make the downside on Tsabo's Web irrelevant is great, but I think that I am justified in choosing a different commander here. I instead wanted to discuss Tsabo's Web for Daretti, Scrap Savant. The reason I chose Daretti over Derevi is simply because the tradition Derevi Stax list is already really tight, and doesn't have room for soft Stax when it's already doing some pretty hardcore Stax instead. Let's therefore see why it might be worth it to jam the Web into a sweet artifact sacrifice shell instead!

While Daretti is not as known for being a Stax commander now, he was a top contender at one point, due to his ability to recur and manipulate which artifacts were in play. The reason I'm suggesting a slight return to these roots is because of Daretti's ability to sacrifice artifacts to get more important pieces back. There are plenty of small artifacts we're happy to trade out for bigger shiny toys in the yard. After all, for Daretti, Tsabo's Web is already half of an Ichor Wellspring.

With Goblin Engineer, Goblin Welder, Krark-Clan Ironworks, and Daretti, Scrap Savant, just to name a few, we have more than enough ways to sacrifice and recur the Web. This ideally helps us impact our opponents' mana bases by slowing down their sticky utility lands - such as Scavenger Grounds - but even if there's not much for us to keep tapped, it's still drawing us cards as it flits back and forth. So now, let's take a look at the decklist to see all this artifact nonsense!

Aminatou, the Fateshifter is one commander that can fit into a lot of shells, such as Blink, Miracles, Politics, and so on, and this has earned her a large and diverse degree of popularity. I view her as a bit of a mix of Brago, King Eternal and Alela, Artful Provocateur, which means I think she's also able to take good advantage of Tsabo's Web.

The obvious interaction here is that we can blink Tsabo's Web with Aminatou, the Fateshifter to draw extra cards here and there. It might not be our best choice for Aminatou herself, but Aminatou also has lots of other friends in her 99, such as the aforementioned Brago, who might incidentally turn our Kessig Wolf-Run-hampering Web into bonus cards every once in a while. It's important for us to keep potential drawbacks in mind, though: looking at the EDHREC page for Aminatou, the most popular land she tends to play that has an activated ability is Forge of Heroes, which appears in 19% of decks. Forge can be powerful for planeswalker commanders to get additional loyalty, but I don't think we're super attached to the Forge in general, especially if cutting it means we don't have to worry about possible anti-synergy, and we can play another dual land to help out our three-color mana base instead anyway.

In fact, looking more in-depth at the EDHREC page for Aminatou, it's filled with cards like Elspeth Conquers Death, Confounding Conundrum, and other soft Stax effects that, like the Web, benefit nicely from being blinked repeatedly. This makes me feel even better about giving Tsabo's Web a chance in Aminatou now - it just seems to fit right in!

I hope that you enjoyed reading this installment and that you’ve found a new home for Tsabo's Web. What other commanders do you think pair well with Tsabo's Web? Do you think that I’m overestimating this card, or do you agree it’s highly underrated? What other cards are you hoping to see get their place in the spotlight? Let’s talk about it in the comments below. Thank you all once again, and please stay safe!