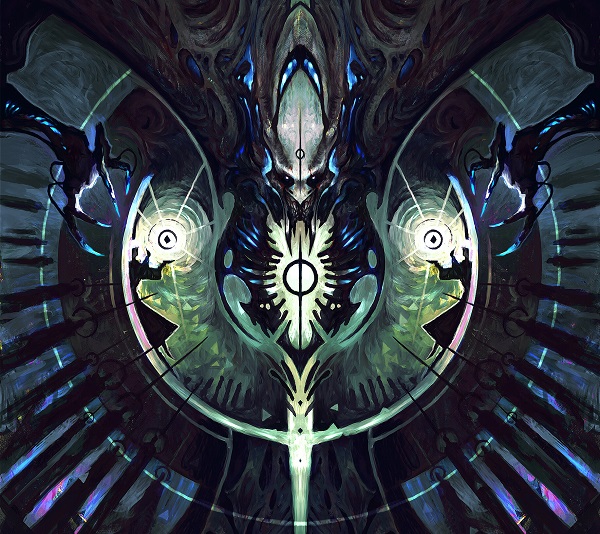 Welcome to Too-Specific Top 10, where if there isn’t a category to rank our pet card at the top of, we’ll just make one up! (Did you know that Kolaghan's Command is the only charm that can deal two damage to any target and return a creature card from your graveyard to your hand?)

There's a new cycle of Commands in town, and this time around, they apparently have a theme of 'these feel a bit expensive, don't they?'

Casting Gix's Command for five seems a little bit more rewarding when you have Codie, Vociferous Codex both helping with the more expensive mana cost and also allowing you to pseudo-Cascade into a Kayla's or Evolution Charm down the line.

This, of course, raises the question: what are the current most popular Commands and Charms in Commander?

Hold on a beat, though, weren't we talking about the new Commands? Are Charms and Commands the same thing?

There are some small differences, but overall I would say yes, and then I would expand it out even further.

Charms and Commands both come about equally in the categories of instants and sorceries, with neither really favoring either type. Both have been run in cycles of mono-color and dual-color, although only Charms have hit three-color so far. Mostly, though, what they are is this:

Criteria: Instants or sorceries that have you "Choose X" from a list of more than two options. As is tradition, all results are ordered by EDHREC score.

As it happens, this is a criteria that includes more than just cards with "Command" or "Charm" in the name.

To be clear, there are a ton of excellent Charms and Commands. There are also a ton of really good spells that give you a ton of flexibility that don't have the name "Command" or "Charm", and as much as I'm usually a sucker for being on-theme, I wanted to include them as well.

The card Decimate doesn't qualify for this list, and it has a sordid history. When it was first printed in Odyssey, it was notorious for giving players big eyes in Limited before they were kindly told that the card they just rare-drafted has to have legal targets to be cast (or were advised that it "fizzled" when they attempted to do so, because even rules lawyers were a bit fuzzy on how that kind of thing worked back in the day). Decimate went on to find its first home in Commander a decade or so later, where it's been a Gruul staple since the beginnings of the format. It still has that same issue, though, which even comes up in multiplayer: you must have an artifact, creature, enchantment, and land in play to target when you cast it, otherwise it will sit in your hand, a useless lump of cardboard.

Not so with Casualties of War! The very wording we're looking for in our Top 10 Charms today means that you have options rather than requirements, meaning you can cast this six-mana monstrosity whenever you want! Well, provided you have six mana. With two black pips. And two green pips.

I guess what I'm saying is, if you're in Jund, don't be surprised if you find out your first include for a mass removal spell is still Decimate, rather than Casualties of War. Unless you're really hurting for a way to remove planeswalkers, I suppose.

I keep on hoping to see Golgari Charm downshifted to common so it can be played in Pauper EDH, because it just does everything that format wants to do. It kills small creatures, protects your creatures, and destroys Tortured Existence.

Even in boring old normal Commander, it turns out those same options can be pretty great to choose from at instant speed for two mana. Wiping a token player's board along with a few mana dorks is more than worth it, as is helping your creatures survive a Fumigate. You might be a little less enthused about half a Naturalize, but even if there's not a Humility out on the battlefield, you can bet there's probably a Sylvan Library or a Phyrexian Arena worth taking out.

In short, Golgari Charm is solid, no matter what kind of Commander you're playing.

Yet another six-mana "choose one or more" option. I'm a lot higher on Sublime Epiphany than Casualties of War. Not only is it easier to cast, you can do so at a completely inconspicuous instant speed.

What I really love about Sublime Epiphany is the same thing that makes Supreme Will my favorite Counterspell, and that's the fact that you can play it as not a Counterspell. Sure, a lot of people will hold up that six mana for Sublime Epiphany until the cows come home, but if you're flipping things off the top with a Mind's Desire or a Jeska's Will, you'll be more than happy to take a card, a copy, and a bounce for your six mana, and move on with your day.

In similar fashion then, I must love Mystic Confluence, right? Well, not so much, honestly. Where copy effects and Dissolves can be hard to come by, good card draw, conditional counterspells, and creature bounce are not. Everyone knows you're up to something, holding up your five mana, and if you're just going to use it to draw three cards or bounce something and draw, you're probably better off including Precognitive Perception or Into the Roil instead.

I've tried not to stray too far into the obvious Codie, Vociferous Codex Charm Tribal brew you know is coming later in this article in the Honorable Mentions section, but with everyone writing Merciless Eviction off in favor of Farewell, I did have to mention the particular thing that makes Merciless Eviction better in a lot of decks: its mana cost.

Two white pips isn't a deal-breaker in all decks, but the more colors you have in your deck, the harder that will be to come by. While many might argue that you're just as likely to have access to one white and one black as you are to have access to two white, I find that to be less and less true as I scale from three-color up to five-color. Throw Codie's WUBRG ability into the mix, and it only becomes more true for certain decks looking to assemble or operate with WUBRG specifically.

But yeah, other than that, you're pretty much better off grabbing a Farewell these days.

There aren't many Charms that can be bona fide win conditions, but you're looking at one. Rakdos Charm's first two effects are nothing to write home about, no matter how enthusiastic you are about graveyard removal and interaction. However, having both of those effects stapled to a "target tokens deck loses the game" spell is a game-changer.

We pretty much covered it while going over Merciless Eviction, but for those that didn't take the time, the reason there's a new king in town when it comes to six-mana flexible board wipes is because of two little words: "or more". While Merciless Eviction makes you choose the best option for your present situation, Farewell simply lets you tick each box that sounds good to you at the moment, and they all go away.

I'm not gonna lie, Return to Nature showing up on this list almost made me start things over from scratch. After all, Disenchants are definitely not charms, so why does tacking on a piece of graveyard removal make this one?

I don't think it does, if I'm honest, but you have to draw the line somewhere.

Did I say Farewell was at the top of the food chain when it comes to six-mana board wipes? Because it's not. Austere Command is, and there's one very simple reason why: players value a one-sided creature board wipe much more than they value a universal exile-based board wipe. The split between mana values three and four is right where it should be, allowing aggro, token, and utility creatures to thrive while stopping midrange decks in their tracks, or vice-versa. Tack on the fact that you can get rid of that annoying Rhystic Study across the way, and you've got a winner.

More than a quarter of RW+ decks are playing Boros Charm? Who would've thought? Well, anyone that's played Boros Charm, honestly. While the indestructible mode is probably chosen 95% of the time when this spell is cast, it's an effect that everyone's always looking for.

Then there's that other 5% of the time, when four damage or doubling the combat from your 7/7 commander is enough to knock someone out of the game. That's notable. And memorable.

Scholars have been asking since the ancient times of the beginning of this article whether or not Charm Tribal could be good. And the answer is, absolutely not. I might hazard an opinion that it's a pretty fun control deck, however, if you're into that kind of thing:

The ability for essentially every non-ramp card in your deck be a piece of removal, and about half of those to also be a draw spell, means that you can really run into all of your interaction, especially with a commander that allows you to cast it for free!

If you're looking to end a game quickly, though, then this is probably not the deck for you.

As for the rest, ten Charms isn't nearly enough to get to the bottom of things, is it?

Finally, I know all of you were wondering how the list would look if I had included your favorite dual-choice Charms, so:

Top 10 "Charms" That Allow You To Choose Between Two Options

Wouldn't have expected a creature-type-based board wipe to finish out that list, but there we are.

Having realized belatedly that I'd built a deck I definitely didn't enjoy playing, I had to wonder...

Finally, what's your favorite Charm? Are you excited about any of the new Commands?

Let us know in the comments, and we'll see you at the square card table that can also fold out into an octagonal poker table, just in case a few more friends show.