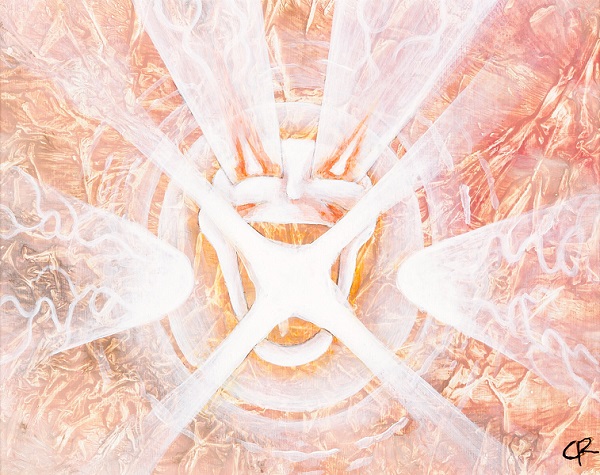 Welcome to Too-Specific Top 10, where if there isn’t a category to rank our pet card at the top of, we’ll just make one up! (Did you know that Bubbling Muck is the only non-permanent mana-doubler in black?)

From the earliest days of EDH, one of the most powerful and game-warping things you could do was to double your mana. Throwing down a Heartbeat of Spring didn't just change the game for you, it changed the game for the entire table. With that in mind, many actually preferred to keep things a bit more selfish and use a Vernal Bloom instead. And then, right as Commander started its initial push towards becoming a real format, here came Mana Reflection and Regal Behemoth. Since then, there's been a few more green mana-doublers, so I figured, why not do a top ten of this classic archetype?

Oh, that's why. I mean, sure, I could have expanded the list out by including things like Nyxbloom Ancient and Wild Growth, but that wouldn't be in the spirit of Too-Specific Top 10 now, would it?

No, there was only one thing to do.

Criteria: Non-green cards that can add extra mana whenever you tap a land or permanent, such that you end up doubling (not tripling) the mana that said permanent would provide under most circumstances. As is tradition, all results are ordered by EDHREC score.

If the inclusion numbers didn't make it clear, let me state it plainly: Chaos Moon is not a good card. On top of that, it's both confusing and annoying to actually figure out every upkeep. Still, it is technically the last in line for non-green mana-doublers, so here we are at #10!

Do you have a spare thousand dollars? Do you play a mono-red deck? Well, then you could be doubling your mana! Forget Heartbeat of Spring, Gauntlet of Might was the original mana-doubler in EDH, provided you had the pocketbook for it. The real question is: if this cost $10 instead of $1,000, would people still be playing it? Because not only are there cheaper options out there, there are also different ramp options in red now, and which do more work. Whether it's Dockside Extortionist or Mana Geyser, there are a lot of ways to end up with way more than double your mana in red, and a lot sooner than turn five.

If you'd rather everyone join the party, then there's always Mana Flare. A group hug favorite since before the strategy even had a name, Mana Flare just recently had a new commander hit the top of its page that is anything but.

Returning to the days of yore when mana burn kept cards like Mana Flare in check, Yurlok punishes decks that don't have a mana sink available at all times, while Mana Flare makes that math ever more difficult. Even if you aren't operating with mana burn, however, there are still all sorts of mana sink commanders that make Mana Flare worth your time. Zacama coming down with a Mana Flare on the table is essentially game over. Xantcha, Sleeper Agent decks like giving people more mana to draw more cards, especially if they have also made them discard all the cards they have, all of which can eat through some life totals. And Kenrith, the Returned King does a great farce where he pretends to be a group hug deck, but don't trust him! If Ashling, the Pilgrim is too dangerous with her mana sink and a Mana Flare, then Kenrith absolutely is.

Setting aside that Forsaken Monument immediately goes infinite with Basalt Monolith in a simple fashion, Forsaken Monument is just... a powerful card. It's the first thing you look to include in a colorless EDH deck, an artifact creature deck, or even a Morph deck. That is a huge subset of archetypes in the format, and as such I only expect this thing to get more popular as more people discover it. The fact that colorless decks by nature get easier to make with every passing Magic set will also make this a hot commodity over time, but it still wouldn't hurt if Wizards would just print a colorless precon already and print this into it!

Bubbling Muck has been a pet card of mine since it was originally printed in Urza's Destiny. Unfortunately, it never hit the big time in Standard, missing the days of a successful Mono-Black Control deck by a single rotation, and not even coming close to being fast enough to compete with the Yawgmoth's Bargain combo decks of the time. Still, Commander is not Standard, and your mono-black deck is likely to find a turn five or six where this innocuous little sorcery results in game-winning amounts of mana .

So, my only question is this: why is this only in 5,000 decks, when Cabal Coffers costs nearly $100 and is in 30,299? Bubbling Muck is a lower point of entry in terms of both mana and price tag, resulting in more mana for a single turn than Coffers could provide for the same turn (especially since you can play another Swamp instead of the Coffers itself). Sure, it doesn't stick around, but given how fast and efficient the meta is getting, wouldn't folks rather see the more efficient option that results in a game-winning turn now, rather than next turn?

It's no Gauntlet of Might, but Gauntlet of Power also works for all five colors and is about one-hundredth the cost. I'm not sure that this is still the auto-include that it once was in mono-color decks, given that most of them can now do better than doubling their mana next turn for five mana. Black has cheaper mana-doublers (as we'll soon see), green has cheaper mana-doublers and ramp to go with it, and red now has Treasure and rituals for days. That just leaves white and blue, and I'm not actually sure that white is going to care for paying this much after we get through "The Year of White". If Archaeomancer's Map, Keeper of the Accord, and Verge Rangers are any clue as to what's coming, then paying five to double the amount of mana you get from a pile of Plains you just purposefully dwindled to keep your Land Tax shenanigans going is just not going to be anything that anyone is interested in doing.

Speaking of black mana-doublers, Nirkana Revenant! While it is a bit pricey at six mana, it's also a threat to end the game at any time with its pump ability, so there's some payoff for having to wait a little longer. Still, there's really no hiding the fact that this is a second copy of Crypt Ghast, and not even the first copy, which raises the question: if you're buying into my Bubbling Muck argument, do you have room for a fourth version of this effect?

Some of you were saying, "Wait, fourth version?" to yourself just now, and may have been scratching your heads. Well, scratch no more, because I was talking about Extraplanar Lens! With how reasonable snow-covered lands have gotten with back-to-back printings in Modern Horizons and Kaldheim, there's no reason not to be playing this mana-doubler in every mono-color deck!

You really thought I was gonna get through the rest of this list without bringing up Bubbling Muck again, didn't you. Not quite, although it must be said that High Tide is much better for a whole multitude of reasons. The first is it's the only mana-doubler with a blue color identity, as opposed to being on a list of three competitive black mana-doublers. Second, it's an instant, allowing you to Storm off at any time. Lastly, it's in the color of Storm and Spellslinger. Sure, Magecraft has tried to bring black into the fold of caring about spells, and it has arguably the best Storm finisher in the game. However, it's still easily the third best color for Storm shenanigans. In short, Wizards asked themselves "how could we do a fixed version of High Tide?", and the answer was Bubbling Muck. I realize that doesn't do much for my argument... but then again, High Tide is inarguably broken, and Muck does do an impression. Even if it's a poor one, that's gotta be worth something, right?

Four mana to double your Swamps' mana isn't exactly the deal to break all deals, but it is a dang good rate. Tack Extort onto it so you have something to do with your odd CMCs, and Crypt Ghast starts to look like a pretty darn good deal. While I honestly do think High Tide should be higher on the list, it's hard to discount the existence and presence of Urborg, Tomb of Yawgmoth in every black deck with a budget. Urborg takes Crypt Ghast (and I must say, Bubbling Muck) from being a mono-black staple to a pretty good inclusion in multi-color decks that can reliably get it on the battlefield as well. Sure, you have to untap with it or already have enough mana that it's relevant on the turn you pay four mana for it. But for all the talk of "play more interaction" out there, it's still very common in games at every power level to see a creature come down, have the entire table agree that it's a problem, and then watch it stick around to untap and win the game. Crypt Ghast is that creature, often. So as much as I might be stumping for my favorite one-mana sorcery, I'm not exactly confused why this Ghastly option is #1.

Astute observers will also notice that there are a few more doublers that are technically green but didn't make the mono-green list:

Several of these are played quite a bit in Gruul, but Nikya of the Old Ways is a bit too restrictive for mana decks, and Zhur-Taa Ancient and Overabundance are both symmetrical effects. Which, for me, makes them all the more fun, but I am at least self-aware enough to know that I am far from the norm when it comes to the average Commander player.

No ifs, ands, or buts about it, I have stumped pretty hard here for Bubbling Muck. But I honestly don't understand why it isn't more popular. So...

Finally, what are your favorite mana doublers? Do you think we are getting to the point where the cheap, temporary ones are overtaking the expensive, permanent ones? Did I really just allude to Bubbling Muck again?

Let us know in the comments, and we'll see you at the kitchen table that doubles in size when you put the leaf in.