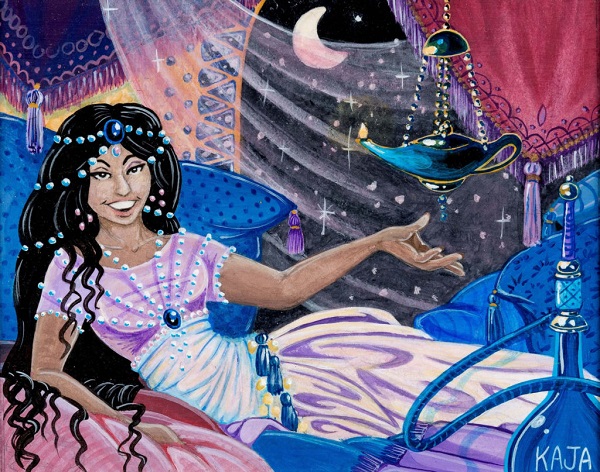 Welcome to Too-Specific Top 10, where if there isn’t a category to rank our pet card at the top of, we’ll just make one up! (Did you know that Aladdin's Lamp is the only mono artifact that costs 10 mana?)

Given a rare moment to breathe between the constant firehose of new sets and previews, I decided this week I should look back to a Top Ten I'd done last year and see if I couldn't get an update on it.

Looking back through my lists, however, I only made it as far as February and my pet list of the Top Ten Worst Cards out of Alpha! Which immediately got me all gung-ho to continue on the impossible quest that I will absolutely never finish, and push on to the next constructed set. Which would be Beta, except that's all reprints. As is Unlimited. But in the same month as the second reprint set in a row of the original set, we also got an insane departure that would absolutely never fly today, and that deserves celebrating!

That's right, the first ever expansion set in the game was based off of the classic tales from Arabian Nights, and is possibly the most out-of-place and strange set in Magic's history as a result. But the real question is this: what are the least-played cards from this old, mostly forgotten set?

Before we get to that, however, we should at least take a moment to look at the cards from the set you might actually know the names of:

Well, those all at least fit a niche of playability. How bad could the rest be?

Criteria: Cards originally printed in Arabian Nights that are legal in the Commander format. As is tradition, all results are ordered by EDHREC score, only this time we'll be going by lowest scores!

The classic archetype of ultra-efficient creatures with absolutely crushing drawbacks has not reared its head much in modern Magic, but back in the day it was absolutely commonplace. Ghazban Ogre actually even saw a bit of play in the Stompy decks of yore, although the presence of Kird Ape in the same set had people exploring alternate means of beatdown quickly, what with the existence of Taiga. As for Serendib Djinn, a four-mana 5/6 flier is a pretty darn good rate, but combine that with having to sacrifice a land every turn that might also Lightning Bolt you and a $350 Reserve List pricetag, and it's actually a wonder that there are even 14 decks deigning to find a spot for this wanna-be genie. As for the decks that are playing either of these? They appear to all have a loose theme best described as "old cards", with no other glue holding basically anything together.

Still, perhaps one day we'll get a white elephant commander that has green as an option, unlike Zedruu, the Greathearted and Blim, Comedic Genius, and Ghazban Ogre will have it's time in the sun!

Islandhome is yet another callback to a bygone era, and perhaps no other creature displays it as iconically as Island Fish Jasconius. This pre-Arixmethes stand-in for the fantasy trope of a gigantic living island is essentially nothing but drawbacks stapled to what was considered a high power and toughness in 1993. I suppose if you're trying to play on hard mode, you might want to use its untap ability as an alternative to Horseshoe Crab that you can only use during your upkeep, but honestly I'm not sure that a pet format with rules hardcore enough to have you looking at Island Fish Jasconius exists or ever could. Old School Mono-Color Dollar Commander? I'm not sure even that would be enough, which really makes you wonder what could be worse?

A $200 dollar card with a bad wish mechanic that doesn't work in Commander, an Islandhome'd boat that doesn't meme as well as the legendary Pirate Ship, and an efficient Wall-hater in search of a meta, that's what. Although I honestly think of the three, only Ring of Maruf deserves the "worse than Island Fish Jasconius" award. No matter how you swing it, 10 mana to go get a card is bad, even if it is the best card you own and your playgroup actually lets you do it. At least Merchant Ship and Ali Baba have conceivable-if-underwhelming rates and abilities that could possibly come up in weird jank deck themes. Don't get me wrong, it's unlikely that you'll ever want to run blue lifegain or Trickery Charm creature hate, and if you did I'm not sure these cards would actually make the cut, but they are at least conceivable for a jank player that is ultra-committed to their craft.

In similar fashion to Ghazban Ogre, I actually recall a time when Erg Raiders saw play. After all, you needed something to slam down on the table prior to having Juzam Djinn mana if you didn't draw into your Dark Ritual. I cannot say the same of Moorish Cavalry, however. Even back in the nineties, four mana for a 3/3 trampler didn't make the cut, even in a color not known for trampling over. But really, the reason that neither of these are seeing play is simple: They're not only bad, they're boring. Human Warriors and Knights with bad stats? Who would ever want that?

Which is why I'm confused as to why Moorish Cavalry and Erg Raiders are seeing more play than the cards in our #6 slot. Granted, it's only one more deck, but these cards actually have some character to go with their awful rates! Sandals of Abdallah is a meme-brewers dream, Repentant Blacksmith has one of the more unique artworks in the game with its watercolor style, and Hasran Ogress has huge tracts of land along with a power that is actually greater than her mana value.

Sure, those are all a bit of a stretch. But when you're talking 12 total inclusions, it doesn't take much!

Which brings me to my next question. How did Storm Crow get the ultimate meme status when Bird Maiden exists? I dunno, maybe I'm just showing my Foglio fandom here, but is there anything more joyous than this 1/2 flier for three?

At first, I thought I'd found a real diamond in the rough for Arcades players out there, but it turns out that the curse of white in EDH was true even back in Arabian Nights. One little word--"blocking"--took this from a niche playable to a worthless old common, as is the tradition when it comes to drawbacks and the average EDH player's least favorite color. Still, the dude does have a rockin' beard, and it's nice to see that Wizards was once a company with the guts to print a line from the Qur'an into a game whose main market was the United States of America.

Hurr Jackal's day has long passed, and it was never much of a day to begin with. With that said, I do wonder if Desert Nomads might still be waiting for theirs. With the Desert land-type being heavily featured in the popular Amonkhet block, it is entirely conceivable that the type could one day take off in similar fashion to how Gates have, and equally possible that the damage-dealing theme put upon the archetype from the original Desert could make a resurgence.

Until then, however, it's hard to see where the relevance for either one of these mono-red creatures lies, even though I do think they easily pass the Island Fish Jasconius bar.

The original lifelinker, El-Hajjaj doesn't even come close to living up to the most basic of black common creatures from today. While much of its Drain Life-like wording was cleaned up with erratas so that it operated as the pre-lifelink wording we saw prior to it being keyworded in Future Sight, even the ability to double-dip on lifegain and respond to the trigger on the stack comes nowhere close to making this a playable card. It even comes close to being worse than the Island Fish itself, although I must say that if I saw the two side-by-side in the dregs of an Arabian Nights draft, I'd easily be sigh-taking the hyphenated guy.

Poor Junun Efreet. Not just bad, but also forgotten. I'd say we hardly knew ye. I played a lot of Arabian Nights cards, and I've never even seen this one. I wouldn't have played it then, and I wouldn't play it now, even with the only 25 available options for Efreet tribal. Just to beat the broken record, however, I think I'd still want to play it over a seven-mana 6/8 that doesn't untap and mostly can't attack. It is a 3/3 flier for three, after all.

There are still quite a few terrible Arabian Nights cards to be had, despite the set having only 78 cards total. That said, it's easy to dunk on Jandor's Ring and Pyramids for being six mana and $350, but that doesn't mean there aren't way worse options out there.

King Suleiman could also be utilized with Trickery Charm, but other than that two-color one-time-use "combo", it's hard to imagine where you'd want to play this two-mana 1/1 with an entirely irrelevant ability.

Darude theme decks aside, this is a combat trick of sorts that could be devastating against a token deck under the right circumstances. That said, who's gonna wait around for those specific circumstances?

I'm not gonna lie, I absolutely love both City in a Bottle and Apocalypse Chime. That said, they're the definition of a parasitic mechanic, and City in a Bottle's list of targets is decidedly limited. Still, maybe we'll get a more expansive version of Spy Kit someday.

There's no doubting that this is a list of bad cards. So, the real question is: can you ever see yourself playing them?

And finally, what are your favorite cards from Arabian Nights? Are they terrible, expensive, both, or neither?

Let us know in the comments, and we'll see you at the stereotypical tent in the desert from all the old Hollywood movies.

Actually, on second thought, maybe just at the LGS?