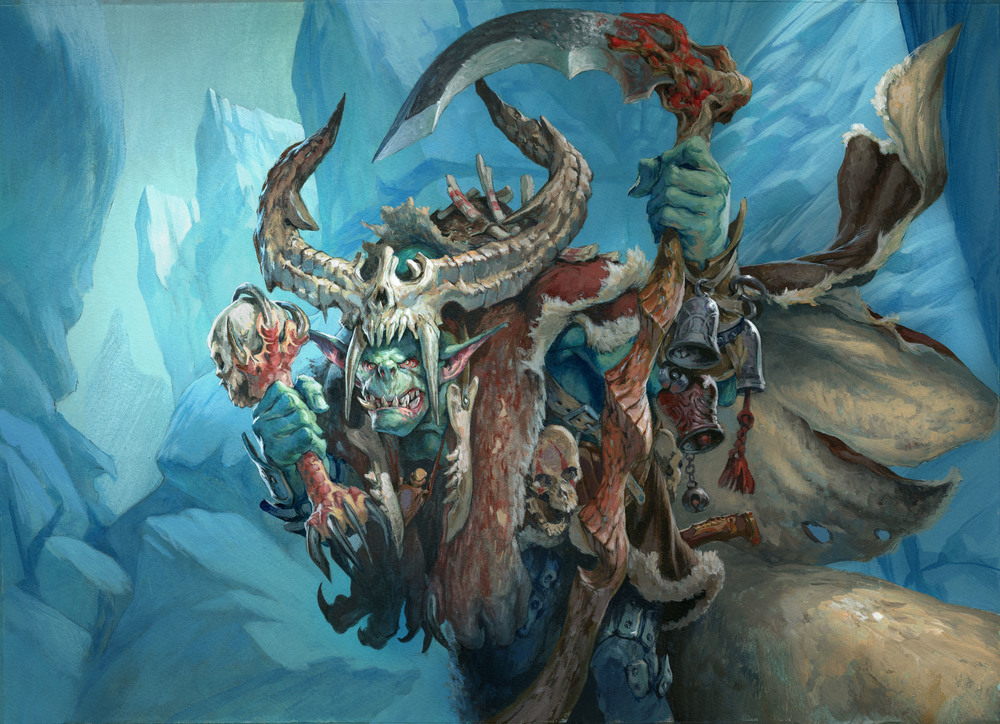 Welcome back to Ultra Budget Brews, the article that desperately wants to be named Dollar General, but can’t, serving as a grim reminder that I have nice things. This article series builds EDH decks that only contain cards that cost less than $1, hopefully saving you money so that you can have nice things, like food and clothing, and still play this game that we enjoy.

Last time, we covered budget options from Hour of Devastation (Spoiler Alert: lots of the set is already budget while also being great for EDH). At the end of the article, there was a poll listing off a number of 3 color generals and you all voted on which you wanted to see. The voting went as follows: Sek’kuar is actually a deck that I had put together a few years ago. It was pretty fun, but wasn’t anything approaching a budget deck, which made this article significantly more difficult than I originally thought it would be. Once you have something built a specific way, it can be difficult to deviate from. I had built a fairly typical Sek’kuar deck. It focused on grinding out value by abusing the graveyard with cards like Living Death and Nether Traitor and free sac outlets like Ashnod's Altar and Viscera Seer.

Know what is equal parts powerful and popular in EDH? Free sac outlets and graveyard shenanigans. As a result most of these cards are outside of our price range. So what are we to do? We could build a bad budget version of the typical value-centric deck, or we could go in a slightly different direction.

If the name of the deck didn’t tip you off, were going for a token build here. Token decks typically have both Green and White. Obviously, we only have one of these, but the fact that our commander is a token producer helps tremendously. Since we have a plan in place, lets break the deck down into sections and see what it's trying to do.

We are very creature heavy as our commander more or less requires us to be so. Without creatures dying, our commander does stone cold nothing. The creatures split into a few groups.

Our deck wants lots of creatures, so any non-creature spell has to pull its weight. Thankfully, we have a lot of powerful, synergistic options.

If Black Friday were a card, it would probably be Second Harvest I've always really liked the Lieutenant keyword. I like playing decks that revolve around my general, so playing cards that reward me for doing the thing I want to be doing anyways makes a lot of sense. Thunderfoot Baloth is essentially a static Overrun. It makes even your smallest tokens respectable. Trample is nothing to sneeze out either. This is actually the card that made me decide to go the token route. Sacrifice outlet? Yep Boosts power? Indubitably. Encourages going wide with critters? Definitely. It's exactly the kind of card I like playing in my decks. It does a fairly powerful, specific thing, and is likely a card no one has heard of or played against before. Winning is great, but winning in memorable ways is even better. This card is simply silly in any sort of token deck. It gives all your creatures haste and a power boost whenever they hit the table. Haste is an underrated ability, and the power boost turns creatures that would otherwise do next to nothing into threats. One of my favorite cards to cast in this deck. This is a card I haven't played with yet, but seems incredible. It doesn't care if the creatures you are sacrificing are tokens or not, it'll turn them into 3/2 spaghetti monsters. This, sadly, doesn't work with Eldrazi Scions, but we aren't running a ton of them anyways. Pair this with a Sek'kuar or a Ogre Battledriver and you are off to the races. This card is practically made for Sek'kuar. Everytime one of his tokens enters the battlefield, you draw a card. I'd probably run it if that was the only card it worked with, but it actually works with lots of your deck, especially the aforementioned Emrakul's Evangel. This has been one of my favorite cards to play with and typically draws me a fistful of cards.

For this section, I tried to pick cards that would be good whether or not you stayed as a token build. If you decide to go more of the typical graveyard value route, these cards would all work perfectly. We already have its little brother Bloodsoaked Champion in the deck. being able to bring small creatures back from the graveyard is a great effect, especially when you can bring it back multiple times in a turn like you can with Nether Traitor. Some of the best sacrifice fodder out there. Doubling up on all of the tokens you make is great with Sek'kuar, even if you aren't entirely focused on tokens. Sacrificing a single creature and getting two hasty 3/1's is a way to win games. The dream would be to have this in play with a Warstorm Surge or a Mycoloth.

Purphoros, God of the Forge If you've played much EDH, you've likely played against a Purphoros. It's, quite simply, a silly card. Put it in a deck that makes lots of tokens? This was one of the cards I was most disappointed to be unable to play. It's a free sacrifice outlet that costs very little mana, does damage, and wants you to have lots of creatures. It won't win you the game all on its own, but with enough tokens, it's a legit win condition. In this deck, it's more likely to be a role player than a win condition, but you'd be surprised at how often this will provide you with the last few points of damage you needed. Pairing this with Falkenrath Noble and Zulaport Cutthroat is beautiful. If there is a more frustrating card to get locked under, I'm not sure what it is. Flash gives this card tons of blowout potential, and unless your opponents are playing piles of creatures like you are, they are unlikely to be able to keep much of a board presence. It won't do much against dedicated artifact, enchantment, or non-creature combo decks, but the majority of decks you will play against will be using creatures to some degree. As a bonus, it wrecks that smug voltron player who one shots people every game.

What did you think of the token theme? Would you have gone in a different direction or did it work for you? Any cards I left out that definitely should be in here? Let me know below. Also, here are the next 5 generals for your voting pleasure. C17 is releasing soon and as such, the tribal craze will soon be upon us. In celebration of this, all of the options are tribal based. Let me know which you would like to see next time!