Unburden - In Search of a True 100-Card Commander Deck 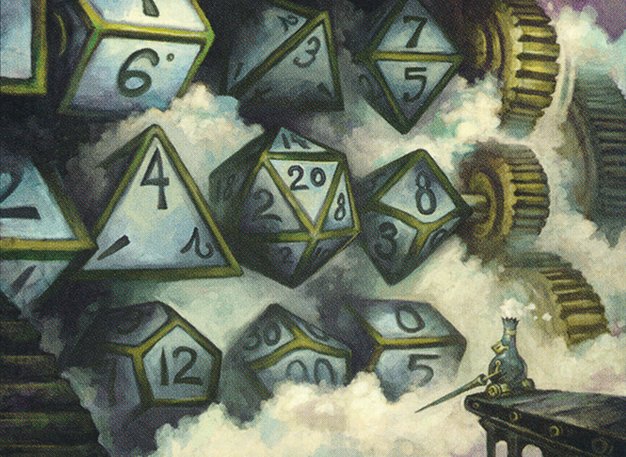 All That Glitters Isn't Gold

Commander is, in theory, a format with 100-card decks, one of which is a legendary creature designated as the commander. In practice, it is a format of 100 cards, plus dice for rolling or representing counters, coins for flipping, sleeves to protect your cards or obscure the back of double-faced cards, and tokens (either a wide variety and number of specific tokens, or a healthy supply of Infinitokens).

I was struck by the urge to build a deck that contained and used exactly 100 rectangular pieces of cardboard, with no additional game pieces or accoutrements. Such a deck might play a little faster, feel less fiddly, or be easier to transport, but mostly I just wanted to see how different things look in a world without accessories.

This being the "Magic Data Science" column, I of course went to the data!

First, I attempted to identify every card that required or implied the existence of a non-card game piece:

All together, this comes to about 6,128 excluded cards. Out of the 25,000ish unique cards in existence, that's actually a smaller proportion than I would have guessed!

The next, most obvious step for me was to look at which commanders run the fewest accessory cards, and which run the most.

Among commanders with a reasonable number of EDHREC decks to their name, these are the ones who run the lowest proportion of "accessory" cards, and the highest proportion of lone rectangle cards.

There are basically four categories here: Slivers, Auras, Throwbacks, and Others:

These are the commanders whose EDHREC decks are composed of the largest proportion of accessory cards - that is, those that produce tokens, counters, and so on.

These can also be binned into a small number of categories: Counter Variety, +1/+1 Counters, and Dice-Rollers:

Variety: The Spice of Life?

I've always liked +1/+1 counters, going wide with tokens, and even Superfriends decks, but I thought that focusing on bare cardboard alone might lead to a more essential Magic experience. Though after doing this exercise, I'm fairly convinced that the "essential Magic experience" is a theoretical construct - impossible to define and not worth chasing. And, to the extent it relies on de-accessorizing your decks, not particularly compelling.

So, as compelling as it can be to build with restrictions, I'm not going to shy away from decks that require large stacks of tokens, boxes of dice, or literal dollars' worth of pennies. If you're going to spend literal hours playing a game, you might as well accessorize!

Let me hear them! I'm curious about the practical aspects of accessory-heavy decks: do you have the right tokens for your deck? How many of each do you bring? Or do you use dry-erase tokens as an outlet for your artistic expression? Do you use dice for +1/+1 counters, or something more bespoke? Have you ever built a deck that really leaned into a truly massive number of tokens or counters? I'd love to see the lists and hear about your experiences! As always, if you aren’t already, please follow me on Twitter.