Uncommonders — Striking the Table with an Open Fist 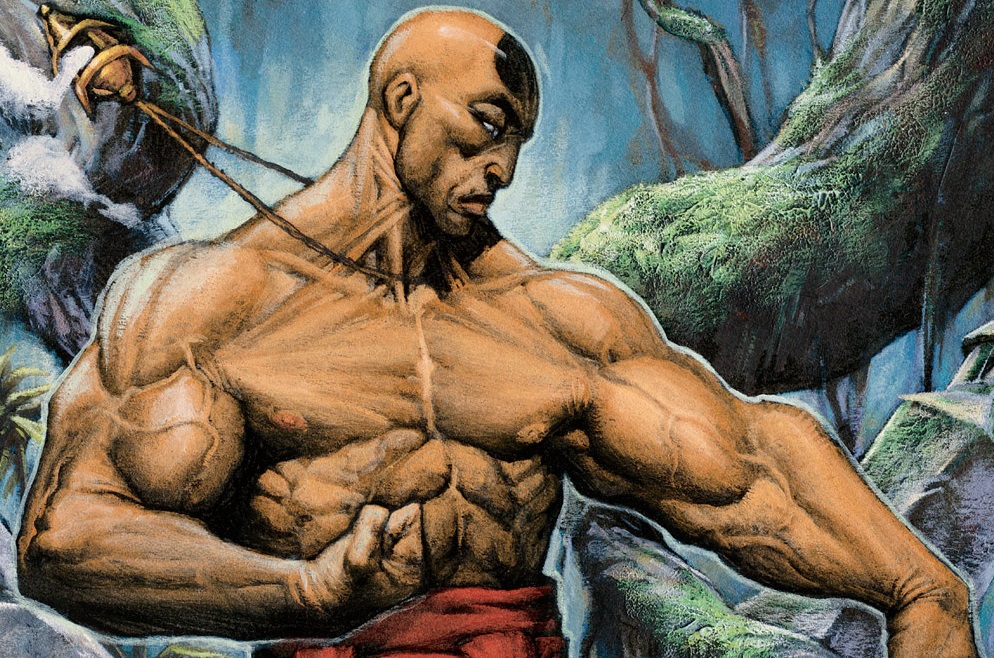 Hello again, you awesome readers! This is a brand new installment of Uncommonders, the series inspired by the twenty uncommon legendary creatures that were printed in Dominaria and the previously printed silver-stamped Commanders or formerly-gold, rarity-shifted cards. My name is Seth Cross and this opening portion of the article is going to be a bit of a house-cleaning from last time. For the sake of clarity, I am talking about this: As you can see, there was some confusion caused by a typo. In one of my lists for Valduk, I listed Foundry Assembler, which most people would agree is not a very worthwhile card in Commander (let alone any other formats, as far as I know). The people guessed right, and I did indeed mean to list Foundry Inspector to reduce the casting cost of the tons of artifacts listed in the deck. For the one person wondering about a list for the Marchesa Grixis Tribal Vampires deck that I briefly touched on in the article, here you go! Let me know what you think, I really enjoyed brewing with my best friend John and then piloting against the rest of the meta!

Hopefully that helps clear everything up from last week. I will try to do better at ensuring I am naming the right cards in today’s article. Which, by the way, since we talked about a new Dominaria Uncommonder last time, we are going back in time to find a previously printed uncommon legendary creature to talk about this week! I put up a Twitter poll to decide which one, after getting the poll options from my Discord server folks. As you can see from the link, the poll ended in a tie, so I flipped a coin to see we are going to look at…

Iwamori of the Open Fist! Iwamori, like Zada, Hedron Grinder, was originally printed as a rare, but was reprinted during Masters 25 as an uncommon. In the article spotlighting Zada, I stated that I truly did feel like she deserved to be a rare. For Iwamori, my first thought was that I understood why Wizards would shift him from gold to silver. Giving our opponents the chance to drop potential bombs seems like a bad idea, but I do like the concept of dropping a 5/5 body with trample on turn four (or earlier) that deals out commander damage. If we look at the EDHREC.com page for Iwamori, we can easily see that the Open Fist packs quite a punch with tons of fight cards and ways to pump him up and hit that magic (get it?!) number of Blackjack! Here is what the deck would look like from an EDHREC precon perspective:

NOTE: You may notice that there is not a Sol Ring in this list. As you read the rest of the article, you may even notice that there is not a single listing of Sol Ring in any of the lists. It was not an accident; I omitted the card on purpose. While I agree that having four mana on turn two is extremely powerful in just about any deck, I also noticed that EDHREC.com listed the synergy of the card with Imawori at -3%. Since the point to these articles is to find alternate strategies that work the best with each commander, I felt a negatively scored synergy card did not fit with the theme of the series. Hope you enjoy the rest of the article, anyway!

I think the right way to think of Iwamori is almost like something of a fish hook. We throw out the bait and see who wants to throw down their best legendary creatures and we get a chance to strike! Of course, I never like to just do the normal thing and I did notice something interesting. Iwamori seems to want to play an awful lot of enchantments (specifically auras) AND just so happens to be very well known for a powerful archetype known as Enchantress.

While the possibility of winning via Voltron is possible with equipment, mono-green is a known breaker of artifacts, so I think we can skip over relying on toys and just weave some wards on the Open Fist. Of course, the archetype gets the name from certain cards, so we want to include them; Argothian Enchantress, Verduran Enchantress, Enchantress's Presence, and honorary Enchantress Eidolon of Blossoms. Eidolon brings another interesting attribute to the deck; Enchantment creatures still count as Enchantments, so we can trigger our Enchantresses with other great support cards like Herald of the Pantheon and Courser of Kruphix, or even the green enchantment goddess, Nylea, God of the Hunt. One of the few artifacts that I think the deck can benefit from is Helm of the Gods, since it gives our commander more power as we play more enchantments. Crystal Chimes is another colorless support card for this deck, in the interest of recurring our enchantments, while Praetor's Counsel and Creeping Renaissance can also get the job done. We can also focus on Enchantments for ramp, removing Cultivate or Kodama's Reach with Font of Fertility while Vernal Bloom can have us making tons upon tons (upon tons upon tons) of mana! I would not say something like Seal of Primordium is an actual replacement for Krosan Grip, since we lose out on the Split Second part of K-Grip, but it might be a decent replacement for Reclamation Sage. There are games where attacking is not easy, so we want to have a back-up plan. Since mono-Green is so good at making tons (upon tons!) of mana and Enchantments matter in this deck, why not Helix Pinnacle? Overall, this is what I think Iwamori of the Enchanted Fist would look like:

As a player, I tend to be a naturally competitive person. I have been called a “spike” by people before and I like to build my decks to be the best they can possibly be. That probably has something to do with the fact that the first time I saw Iwamori, I scoffed a bit. I mean, if I play my legendary creature and my opponents get to cast their own legendary creatures FOR FREE, then they are technically ahead of me in terms of value. Not being one to want to be behind in value, I scratched my head wondering “how do I turn this around?” Then I remembered a very interesting, brand new card from Dominaria that cares about the Legendary super type. Kamahl's Druidic Vow is the embodiment of “big dumb X spell” mixed with “Legendary Tribal”. An important distinction for the Vow is that we can place any Legendary permanents, not just legendary creatures. This opens into legendary lands, artifacts, enchantments. If it sticks on the battlefield and it is legendary, we can get it with a big Vow! The big question becomes “what legendary permanents do we want to include in the deck?” and that is a question we should enjoy answering. Ironically, one of the first cards I thought of when looking at the EDHREC-ranked Scryfall result for “mono-green legendary” cards was Doubling Season for all the Garruk, Nissa and Freyalise Planeswalker cards. Remember, all the printed Planeswalkers were errata'd to include the legendary super type, so they are all hitting the field. Another thing I noticed when looking at my Scryfall search results was that mono-green legendary cards tend to share another word in the type line: Elf. Sure, Iwamori is not an Elf legendary creature, but imagine how awesome it would be to have a monastery of Elvish Monks. If you are a fan of Dungeons and Dragons, you already know that the dexterity score of an Elf can be deadly even before you add in the skills and abilities of a monk, so we can build an Elf Monastery deck here. Another great Monk to help lead the monastery is Azusa, Lost but Seeking and a great way for our deck to ramp out of control.

Speaking of ramp and Elves, the new Dominaria legendary creature (which I sadly will not be covering during this series because she was indeed printed as a Rare) Marwyn, the Nurturer seems like a great way to ramp as we keep casting Elves. Yeva, Nature's Herald allows us to cast our Legends whenever we want, while Nissa, Vastwood Seer is a double-tap by ramping us while also working with our superfriends subtheme. No Elf deck would be complete without everyone's favorite legendary creature, Ezuri, Renegade Leader while Dwynen, Gilt-Leaf Daen is no slouch on the battlefield. We will need some support cards, which means we can keep many of the cards from the original EDHREC precon list. Here is what I think Iwamori, Sensei of Legends would look like:

NOTE: There were some very expensive lands (Gaea's Cradle and Cavern of Souls for example) that I could have included for the sake of better synergy with this list. I decided to omit them because the deck's price was already over $300, and I felt it best to keep these kinds of lists more accessible for potentially new players. As always, though, adjust according to what your own financial situation will allow!)

Sometimes, the color of the deck we are brewing can help us find the strategy we want to take. Sometimes, we go completely off the cuff and pick up on the smallest detail, making a deck based on a single word. Regardless of how we decide on how we want to play the next game of Commander with our friends (or enemies, depending on how you look at it), the important thing is that we have fun doing it and brewing this commander was a lot of fun. However, I do want to ask you, the reader, a quick question; Should we continue to spotlight the older uncommon commanders as well as the brand new Dominaria silver-stamped generals? The reason I bring this up is that the original idea was to talk about an older Uncommonder every other article, meaning the entire series would have forty articles. While I love this game and writing about it, I want to hit the commanders you want to see. Feel free to tell me what you think of the articles based on older commanders like this one and the Zada article by using the comment section down below. Other than that, you can find me on Twitter or Discord and until next time, I hope your next top-deck is the biggest of bombs!