An Introduction to EDH Player Psychographics 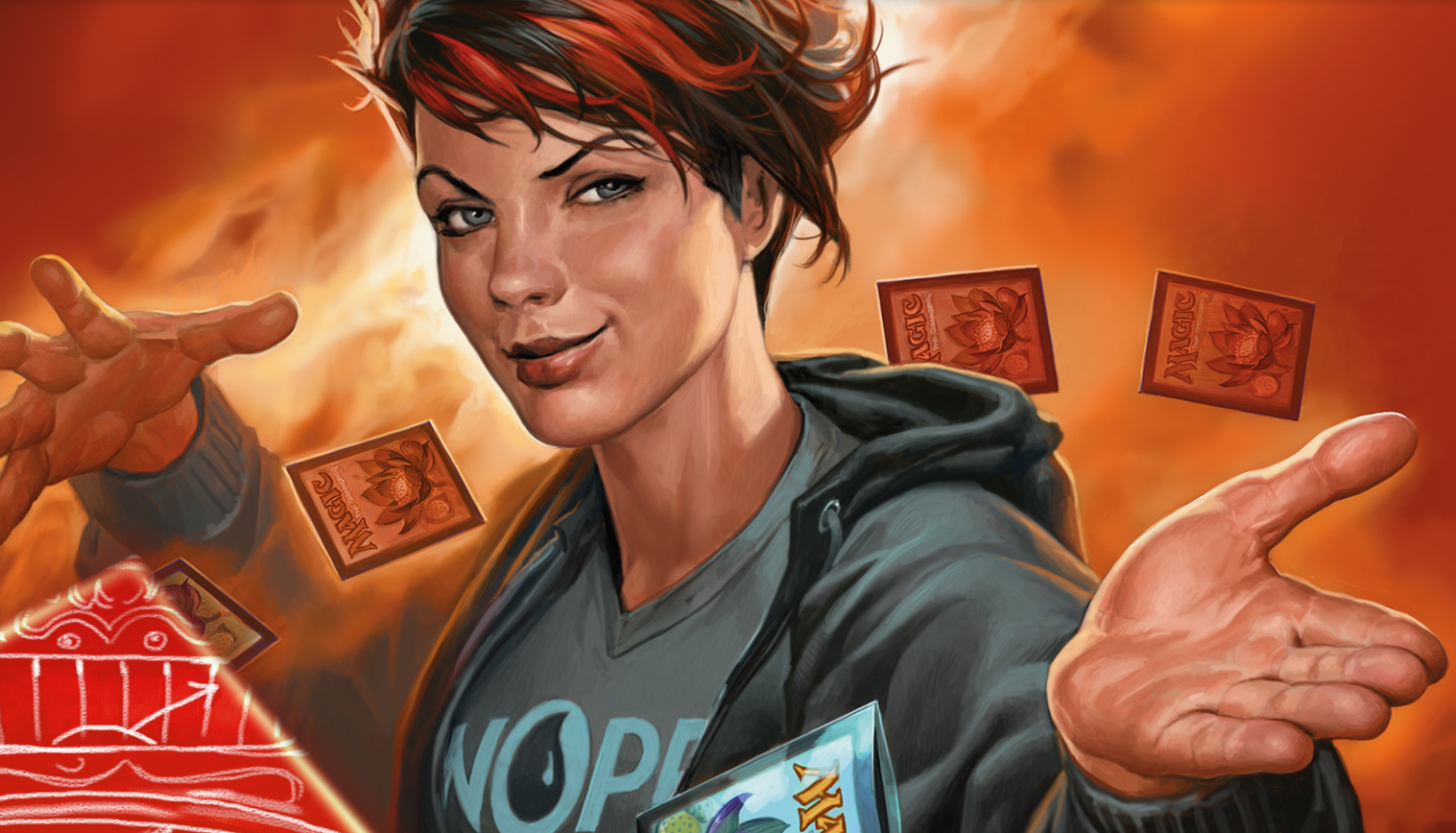 Have you ever taken one of those Facebook personality tests? It's okay to admit it. One can only resist the "Which Game of Thrones Character Are You?" quiz for so long. (I got Ned Stark, so I hope I'm not beheaded before I finish this article.)

Since I'm a longtime EDH player, I wondered how this kind of thing might apply to the format we all love. Sure, we've got the classic Timmy, Johnny, and Spike player psychographics. But are there different psychographics that apply specifically to EDH?

Let's back up a second. Psychographics sound fancy, but they're just generalized personality types that define players' interests, tendencies, and reasons for playing the game. Timmys/Tammies like big spells, Johnnys/Jennys like convoluted combos, and Spikes like winning.

Though these psychographics certainly apply to EDH players, I believe we can go a step further. I've come up with six EDH psychographics, and I'd love to share them with you. But before I do that, I should probably introduce myself…

Hi there! My name is Kyle Massa and I've been playing Magic for 15 years. My first EDH deck was a Razia, Boros Archangel brew that excelled at never winning. It wasn't until I purchased my very first pre-con Commander deck, Devour for Power, that I really got into the format. Around that time, I also discovered that I'm definitely a Herm.

That leads us to our psychographics. Here are the six I've come up with:

In this article, I'll give a brief overview of all six EDH player psychographics. In later articles, we'll explore them individually and in greater depth. Sound good? Let's get started.

"Hello? You play to win the game."

These hallowed words were spoken by an irritated Herm Edwards, former coach of the NFL's New York Jets and Kansas City Chiefs. Though Herm never played Magic (so far as I know), his message exemplifies the mindset of many EDH players. If you're a Herm (or Hermette, if that's preferred), you play to win the game.

Herms often label their decks "competitive". Herms also tend to embrace land destruction, which might be a bit of a taboo for other players, and if your deck is packed with infinite combos, especially those involving your commander, you're almost assuredly a big ol' Herm. This psychographic is most closely aligned with the classic Spike.

To get a sense of how many Herms might have decks on EDHREC, I did an Advanced Filters search of classic two-card infinite combos, especially those featuring a commander:

Any deck sporting these legends as their commander with the combo piece in the 99 is almost assuredly piloted by a Herm. Assuming each deck is unique to one player, that's an estimated 1,155 Herms and Hermettes in the system.

Like any self-respecting turtle, EDH Turtles hide in their shells while chaos goes on around them. You might be a Turtle if you pass up open attacks, constantly seek out alliances, or favor cards such as Propaganda and Ghostly Prison. As such, Pillow Fort decks often appeal most to Turtles.

EDHREC's Themes section is a great place to find some of those reclusive Turtles. In particular, the Group Hug theme aligns nicely with this psychographic. Currently, there are 673 Group Hug-themed decks on EDHREC, meaning we've got about that many Turtles on the site. Taken a step further, if we check out classic Group Hug commanders, we get the following: Phelddagrif, Kynaios and Tiro of Meletis, and Nekusar, the Mindrazer. If you enjoy any of those commanders, you might be a Turtle.

However, Turtles aren't necessarily pacifists, as evidenced by the popularity of Nekusar. Turtles don't love attacking—but that doesn't necessarily mean they do nothing. When less patient players decide to go to war with one another, Turtles are often the only ones left standing when the dust settles. So far as I can tell, Angus Mackenzie is the most expensive commander on EDHREC. Therefore, he provides the name for players who play expensive cards.

Mackenzies are the guys and gals who show up to EDH night with Alpha dual lands, textless foils, and Masterpieces. They're likely to say things such as, "Excuse me. Could we keep our drinks off the table, please?" Mackenzies also tend to shuffle their decks in the way one might shuffle a stack of Derek Jeter rookie cards.

Finding Mackenzies on EDHREC is a bit of a challenge, since I can't really look up custom art alters or decks using Unhinged Islands. Still, by looking at the top three most pricey commanders, I think we can get a decent sense.

That's an estimated 763 Mackenzies on EDHREC. Because if you're playing any of these cards as your commander, you're totally a Mackenzie. Ever heard of the card Barktooth Warbeard? Exactly. That's why it's the namesake for players who love playing the most obscure, hipster commanders they can find.

Barktooths often revel in taking lesser-known commanders and attempting to make them playable. In terms of hard numbers, commanders with less than 50 EDHREC decks are likely to appeal to Barktooths.

Furthermore, a Barktooth is likely to enjoy offbeat partner commander combinations as well. Everyone knows about Kydele, Chosen of Kruphix plus Vial Smasher the Fierce. For Barktooths, it's much more fun to try something like Ikra Shidiqi, the Usurper plus Ishai, Ojutai Dragonspeaker or Kraum, Ludevic's Opus plus Silas Renn, Seeker Adept. The more unusual the combination, the better.

Since Barktooth decks come in all shapes and sizes, here's a sample list from the Average Deck feature:

As you can see, we have a relatively unknown commander with only nine deck lists to its name. Also, notice the offbeat individual card choices, such as Howlgeist, Rust Scarab, and Peema Outrider.

If you're now considering brewing a Kodama of the North Tree deck, you're totally a Barktooth.

Barktooth Likes: General Jarkeld, The Lady of the Mountain, Chandler (but not Chandler Bing—he's too famous) Like the card they're named after, Goblin Diplomats, or GDs for short, find politics boring. In fact, your preferred form of diplomacy is, shall we say, Spartan. Where some players might try to negotiate their way out of conflicts (Turtles and Puppet Masters, for instance), you prefer the phrase "I attack you with everything."

To get a sense of how many GDs appear on EDHREC, I did a little brainstorming on which three commanders best personify the GD ethos. Here's what I came up with:

That's over 5,000 GDs on EDHREC. If you enjoy the format because it gives you more players to attack, you're probably a Goblin Diplomat.

In contrast to GDs, Puppet Masters play EDH for the politics. Puppet Masters prefer to convince others to attack rather than do the attacking themselves. If you've ever uttered these lines at the table, you're probably part of this psychographic:

The best Puppet Masters convince others to do their bidding without anyone noticing. It's a tricky business. If someone's a good Puppet Master, you likely won't notice they're good at it, because if they're really that good, you won't even realize how good they are. I'm going to move on before I confuse myself further.

Now for the data. These commanders should give us a sense of how many Puppet Masters appear on EDHREC.

Looks like we've got somewhere in the ballpark of 2,664 Puppet Masters on EDHREC, give or take a few.

Now for the fun part. What EDH psychographic are you? Most players will probably fall into multiple categories. For example, I identify most as a Herm, though I'd say I've got a smidge of Barktooth in me as well. Let me know in the comments below!