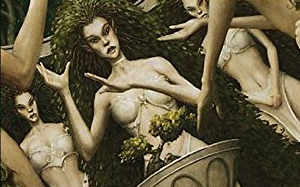 What Is Andrew Jackson Highlander?

Welcome to Andrew Jackson Highlander! AJH is a series where I build and share $20 deck techs. This article is actually the first AJH post I did on reddit. I felt it was worthwhile to add my backlog of articles here and fortunately the EDHREC team did as well. With that being said, there will be some background information on why I am doing the series before I get into the meat of the article.

It's a pretty simple concept: I am building decks that can be purchased for around twenty dollars. I have become obsessed with ultra-budget brews because I know how hard it was for me to get into the format a few years ago (as a brand new dad of twins, I didn't have much money to expand on my old collection).

I got to the point where I had some main decks built up through trades, pulls, and single purchases but I love brewing. Absolutely love it. And it was bothering me that after I brewed something, I knew that I could never afford it (added another kid and life isn't getting any cheaper). So I figured why not start brewing stuff that I could actually purchase and then upgrade.

I have done this with a few decks and have even given some of the ultra-budget brews away. Then it hit me; why not share these decklists online and why not give myself more reason to brew (and waste more work time on my hobby!) by making a series out of this? Fortunately for me, people seemed to like it on Reddit and EDHREC liked it enough to bring me on.

Now, with that out of the way, let's move on to this week's deck! And the meek shall inherit the earth… *cue Rush 2112*. This deck, with Chorus of the Conclave at the helm, allows every scrawny nerd to live their dream of bulking up to beat down their bullies. This deck is very similar to your typical ramp decks, with one big exception: The small ramp creatures are also the big finishers.

The main goal is to ramp into Chorus of the Conclave and then start pumping all your mana into making a huge threat a turn. Relying on Chorus could make this deck extremely fragile, so I included some general +1/+1 counter synergies, which means this deck goes wide in the early game and then transitions to going tall once you have a lot of mana online. The bonus of running the counter synergies is that the Outlast "lords" help the creatures you drop with Chorus. Animation Module + Durable Handicraft / Path of Discovery- As many servos as you can afford and Path adds in great card selection. Elemental Bond- Chorus reads that creatures enter the battlefield with the +1/+1 counters already on them, so pumping dorks will still draw you cards Better dorks: Birds of Paradise is an auto include for this deck if you have one or want to spend a few extra bucks. Hits both of your colors and is an evasive threat with Chorus online. Counter synergy: Hardened Scales is auto include and Pyr, Imaginative Rascal is probably pretty good too. Cathars’ Crusade is an absolute all-star in my upgraded list.

Land: Upgrading a mana base is ALWAYS a worthwhile investment on any budget build Protection: Equipment like Swiftfoot Boots would fit this deck fine. But cards like Mother of Runes and Sylvan Safekeeper really shine In all seriousness, this is a ramp creature deck with the typical weakness: removal. Wrath effects wreck you early which is why I actually feel that land fetching creatures are better than dorks in this deck). Spot removal wrecks you late. We have a few ways to protect from wrath effects, but not a lot of ways to protect from spot removal. The aforementioned Mother of Runes and Sylvan Safekeeper help against spot removal and Village Elder is an interesting budget option.

The removal in this deck is limited to spot removal and may be lacking for any given meta. It runs some of the best options in the colors, but this is an area you will really have to tune to your local meta. Return to Dust and Sylvan Reclamation are two options that spring to mind. The deck wants a few wrath effects and while the best are out of budget, there are some neat options. Dusk // Dawn and Fell the Mighty don't cost much and allow us to potentially wipe while keeping a lot of our board intact.

This is a simple deck to play, but surprisingly fun. You tend to always have early plays with this deck. Plus, it's not uncommon to knock someone out of the game early with just your dorks and counter generation. The late game is extremely fun, because punching people with 15/15 flying, trampling Lllanowar Elves is an absolute blast.

So now that our dorks have climbed out of the lockers they were shoved into and hit the gym with their Chorus of the Conclave mixtape, let's go knock some fools out.