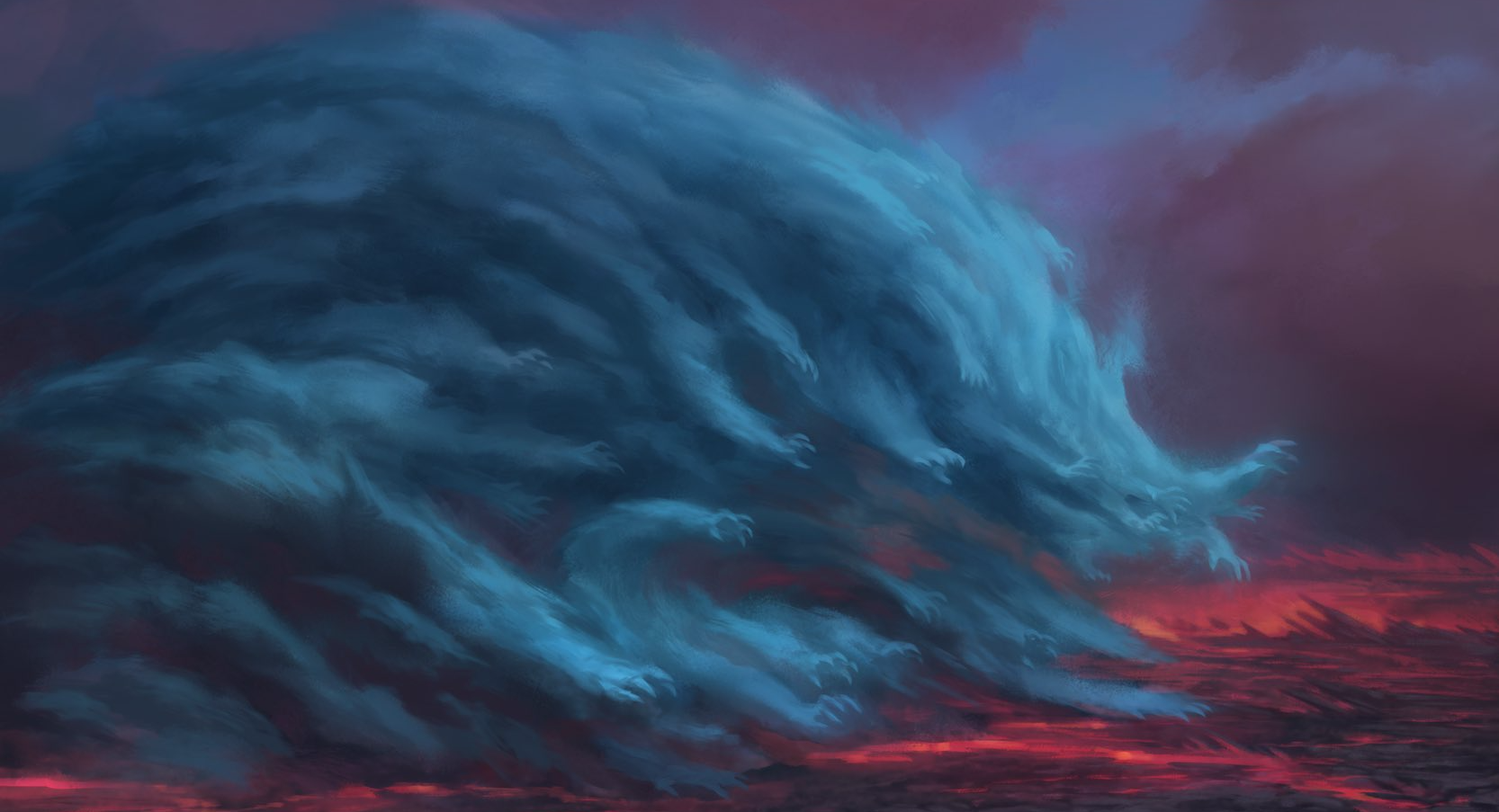 Pore Over the Pages

This week, we're doing something a little different on Challenge the Stats! We're going to go back to the roots of the fantastic EDHRECast segment this series is based on. We're picking out one card to challenge as overplayed or underplayed, and doing a deep dive into which decks and commanders might want to play it. Today, we have an underplayed card from the Kaldheim Commander preconstructed deck, Phantom Premonition:Spectral Deluge!

Spectral Deluge is a one-sided board wipe, bouncing only opponents' creatures with toughness less than or equal to the number of Islands you control. It's currently in just shy of 1,500 decks on EDHREC, and I think that is too few! Spectral Deluge has the exact same text as another card, Scourge of Fleets, which is in 6,600 decks, but is very clunky at seven mana, and it's on a big durdly creature. Unless we're playing a Sea Creature deck, blue decks can typically take advantage or benefit from a spell rather than a creature. Point for Spectral Deluge! Another similar card, Engulf the Shore, is in over 5,000 decks and, importantly, is symmetrical, which is a big difference.

Blue has so many options for symmetrical bounce board wipes, such as the iconic Evacuation, but we have to get creative if we want to break symmetry like Spectral Deluge does. Let's check out our options.

Inundate hits all non-blue creatures, Wash Out hits all creatures of a color of our choice, Whelming Wave and Slinn Voda, the Rising Deep let us keep our Sea Creatures if we build around them, Crush of Tentacles and Flood of Tears let us get one big thing on the board, and Aetherize and Aetherspouts are effective bounce if the creatures of concern are attacking. These are all solid options, and can be really good if we build around them.

However, Spectral Deluge doesn't ask us to build around it, and the only condition is that we have a lot of Islands, making it a great choice for mono-blue and two-color decks that include blue. Two more points for Deluge! However, looking at commanders that currently love it, like Ranar, the Ever-Watchful, Alrund, God of the Cosmos, and Vega, the Watcher, the Foretell might be a bit of a distraction, since those commanders care about Foretell, and we're seeing minimal inclusion elsewhere. Let's view the Foretell cost as a perk, rather than a clue to which decks want to play Spectral Deluge.

The Foretell cost is a huge boon to Spectral Deluge. We can tuck it away on turn 2 and then play it later for only three mana when we need it! Premium board wipes typically come at four mana, such as Wrath of God and Damnation, and are fantastic because that efficiency lets us play something else on our turn after them to have something before our opponents. Toxic Deluge at three mana is even better for this reason (ohhhh, I just noticed the Deluge parallel!). If we draw Spectral Deluge and need it immediately, we can hard-cast it for six mana; otherwise, a three-mana board wipe that only hits our opponents 100% blows my mind.

We need to address the elephant in the room. The big comparison to make is with Cyclonic Rift, which I don't need to tell you is one of the most popular blue board wipes, showing in over 113,000 decks on EDHREC and commanding a hefty $30 price tag.

Cyc Rift is instant-speed, asymmetrical, and hits all nonland permanents, which means it can be a lot more powerful, but it's also always seven mana to do that, which is a big price to pay and a lot of mana to hold open and telegraph to your opponents. It also has the potential for some feel-bads, and I think Spectral Deluge has a lot less of those, being at sorcery-speed. Also, Spectral Deluge is only 34 cents at the time of writing! Due to the limited printing, I'd pick up a few now to make sure you get that price. Check out Jaelyn's Staple Remover article on Cyclonic Rift to read more about budget alternatives!

Spectral Deluge definitely takes the power level down a notch from Cyc Rift due to the sorcery speed and only hitting creatures, but the asymmetry remains. That means it can be used to set your opponents back while maintaining your board, and maybe folks won't be upset about it if we use some politics and take out 5,024 Scute Swarms but gets to keep our stuff. My favorite reason for using asymmetrical board wipes is that they can be used to clear the battlefield of blockers while you swing in for an alpha-strike, effectively making them another win-condition in your deck and potentially freeing up a card slot.

Looking at the EDHREC page of mono-blue commanders, I'm hard-pressed to find a commander that wouldn't at least consider Spectral Deluge as a board wipe in their deck. Talrand, Sky Summoner makes another Drake and alpha-strikes with a ton of other Drakes. Braids, Conjurer Adept resets opponents and smashes face with whatever beater she cheated into play. Atemsis, All-Seeing gets a free shot on a player to ice them out of the game. Expanding, we can look at the Azorious, Dimir, Izzet, and Simic commanders and see a lot of places where a Deluge alpha-strike fits in well!

What commander do you think would be good with Spectral Deluge?

Are there any other cards you would challenge? Let me know in the comments below! As always, you can find me on twitter @jevin_mtg, or join my Challenge the Stats discord here.