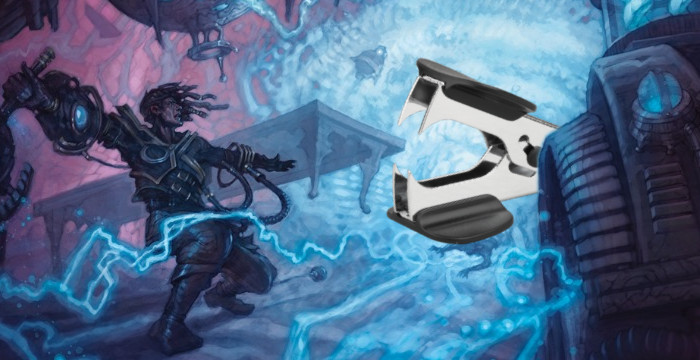 In this timeline, there's a list of cards which just make Commander players groan. Some want them banned, often making loud declarations in the RC Discord. Others house-ban them so that they will never have to see them again. Others, perhaps the most valiant among us, carry with them a Voidslime so that the spell is interrupted by a "fplfmplfmlfblthpfmnsnffl!"

But in another timeline, these cards never existed in the first place. Nobody shouts their names from the rooftops, nobody curses them with their dying breath, and the most valiant among us can save their Voidslime for a more worthy spell. But there's one common curiosity about this timeline: what do they play there, instead?

Among the most common and groan-inducing cards in the entirety of the Commander format is Cyclonic Rift. At first glance, it's an innocuous card: a rare from Return to Ravnica, it functions ordinarily as a single-target bounce spell for two mana. But if you continue reading, you'll find it has an Overload cost of seven mana, allowing you to instead return each nonland permanent you don't control to their owner's hands.

At a mere seven mana for an instant-speed board wipe that doesn't even touch the controller, Cyclonic Rift is undeniably a powerful card - arguably the best board wipe in the format; it's such a powerful card that it counts, in a way, as a win condition. When you're locked in a boardstall, with enough power on board to kill multiple or all of your opponents but you just can't find an attack, Cyclonic Rift is the perfect card to cast at your opponent's end step to make sure you can swing in for the win. It also works defensively, allowing you to put an immediate stop to lethal damage by sucking up their army in a sudden storm.

But it's also an incredibly frustrating card, as it effectively resets the game for your opponents, and if you don't manage to eke out a win after casting one, then you just added an hour to your current game. It's such a powerful and potentially egregious card that it is actually the number one card most often requested to be added to the banlist, according to polling data.

In an alternate timeline where Cyclonic Rift is banned, or perhaps never existed in the first place, what cards would blue players run instead? Well this timeline certainly seems better than the last rift in time created by Nexus of Fate, as there are some pretty sweet cards on the list to learn from, should we ever cut Cyclonic Rift from our decks for the sake of our wallets and our friends.

To kick off our list of replacements for Cyclonic Rift, we have Whelming Wave. Like Cyclonic Rift, this card has the potential to be one-sided, as it leaves in its wake all sorts of sea monsters and leviathans. Although this potential for asymmetry is narrow, the card still holds up without it: at four mana with two blue pips, it's blue's closest approximation to Wrath of God, a board wipe so iconic that it's the nicknamesake of the card type ("wrath"). Even if your deck only has a handful of cards that will dodge a Whelming Wave, it'll still save your skin for a fraction of the cost of Cyclonic Rift.

On occasion, you'll see a deck that doesn't even want their board wipes to be one-sided, and for this, Flood of Tears is great. The newly released Barrin, Tolarian Archmage appreciates having a board wipe that bounces your own permanents, and even in the decks that still enjoy breaking symmetry, the card pulls a lot of weight. If you had a reasonable number of permanents returned to your hand with Flood of Tears, then you get an additional permanent out of it to boot! Sure, this could be used to get ahead when rebuilding your board, but from what I hear, Blightsteel Colossus adores staring down at an empty battlefield between you and your opponents. As a honorable mention, we'll also include River's Rebuke alongside this card; although it is seldom more powerful than Cyclonic Rift, it works just as well when one of your opponents in particular needs to be taken down a peg.

One of my personal favorite replacements for Cyclonic Rift is a very underrated card: Aether Gale. When you're feeling threatened by another player's board, or if you want to break a board stall to swing in for the win, taking care of six permanents will usually do the deal. In the situations where it would, sure, you could use Cyclonic Rift, but that's akin to dropping a nuke to take care of a single creature - it's a little overkill. Sometimes you can't afford the two mana extra it'll cost to use the nuke, and unlike Aether Gale, a nuke can't be used to bounce and protect your own permanents if you need it to. It's also fun tech if you're like me and you're trying to recreate that old Jeskai Feather, the Redeemed deck from Standard and make it EDH-playable. (Confession: I have not managed to do that) 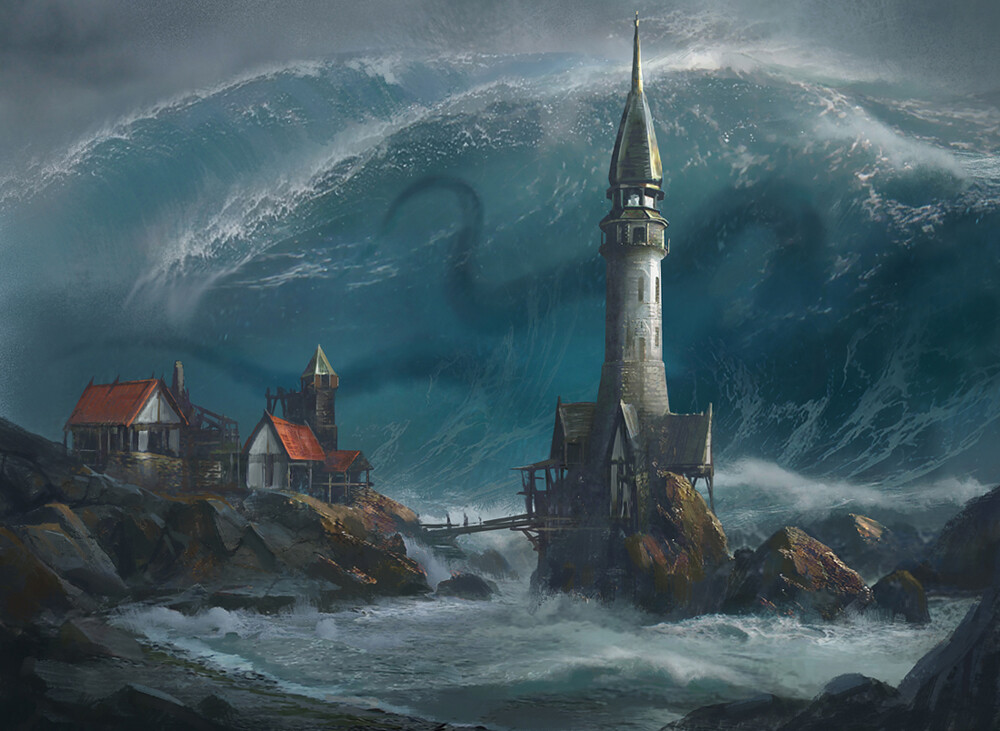 But out of all the potential replacements I've tested for Cyclonic Rift, none of them have quite as much potential as Engulf the Shore. Granted, the card is narrow: it's dependent on the number of Islands that you have and on the toughness of your creatures overall. That means that its true home is in a deck with a lot of high-toughness creatures that'll still have enough Islands for it to make a difference when you need it to, so at least 5 Islands by turn 10. This means that it can only fit in mono-blue and two-color decks, and maybe three-color decks that have a heavy imbalance towards blue.

But when you do find a deck where it shines, it'll be blinding. At instant speed, you can clear a board of your opponents' creatures all while leaving yours untouched - sound familiar? And unlike Cyclonic Rift, the effect costs a mere four mana. There's no feeling quite like engulfing a board of mana dorks and utility creatures to pave the way for the several Eldrazi Titans that you cheated into play using Braids, Conjurer Adept.

And as it turns out, there was recently a brand-new card printed with a high toughness who cares about Islands... ooh, and it's a Leviathan, to boot! Everybody make way for Charix, the Raging Isle.