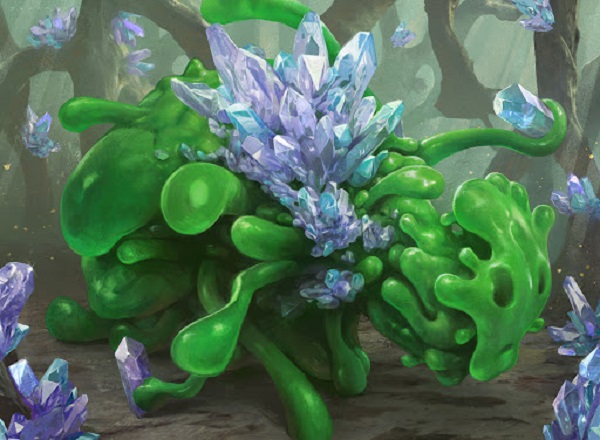 In this article, we'll talk about one of the more interesting of the Companions; its ability to shape its deck is unparalleled, making the choice that much more impactful. It's Umori, the Collector time!

The cost reduction is a pretty nice effect to have, especially when considering that we are playing a very specialized deck.

While very similar to Zirda's ability, Umori doesn't suffer as much with the Companion tax. Umori's cost reduction is more versatile and that makes it that much more powerful.

Out of the types of permanents available, creatures are the strongest, with artifacts being a close second, then enchantments, and planeswalkers as a dead last.

Creature is the easiest type to find a suitable commander for. It might seem that we've got plenty of options, but, considering what we lose, we better get a lot of value from our creatures. Commanders that have innate recursion, like Karador, Ghost Chieftain, are the quintessential creature-based commanders and are worth considering as the starting point for any creature-based Umori list. Tribes with plenty of creatures to spare can also benefit from the discount, especially those that are on the aggressive side. Regarding our losses, we don't lose all that much, to be honest; most of our losses can be replaced by creatures (although we'll lose some consistency and efficiency).

Enchantment is another great permanent type. Between some enchantment staples and some great enchantment creatures, like Doomwake Giant, we have plenty of great cards to build a deck. One thing to notice is that we might have some trouble finding good finishers, so we'll probably have to grind our way out of every game. We don't have the luxury of choice, either: it's Pharika, God of Affliction or bust. Our losses are notable in that we lose most of the best finishers in the format, some enchantress effects, and most tutors.

This is more of a meme than a suggestion, but Umori can really help out reducing the costs of planeswalkers. I doubt that this would be a functional shell since we'll forfeit any other type of control elements and possible bodies, leaving our planeswalkers extremely vulnerable.

Is it Too Late For Halloween?

Artifacts are a very good type to pair with Umori. After all, they get the most mileage out of the cost reduction and they also tend to play similar effects. Artifacts also tend to have a more diverse choice pool and they're pretty well-rounded.

One artifact commander in particular that really appreciates the cost reduction aspect of Umori is Reaper King. Scarecrows as a tribe are filled with sub-optimal creatures that are just too expensive and that lack any real power to them. Umori helps us by making them cheap enough to justify running them, which is good because we're packing a bunch of them: Rattleblaze Scarecrow and Wingrattle Scarecrow seem lackluster choices, but when considering that we'll always cast them with our commander on the field (which means a black permanent), we get to profitably sacrifice them to trigger our commander one more time; Adaptive Automaton, Metallic Mimic, Universal Automaton are some cheap tribal support that can help out a bit (we can even go infinite with the aforementioned Scarecrows); and Heap Doll, Scarecrone, Scaretiller, and Scuttlemutt provide some utility.

As mentioned before, Scarecrows aren't a particularly strong tribe, as such the number of cards we play is limited. This means that whenever we are online, we need to get more mileage out of triggers. Panharmonicon and Helm of the Host are crazy powerful cards that have the potential to make our other supports exponentially more impactful. Blade of Selves and Conjurer's Closet are consistent ways to get triggers. Mirrorworks and Strionic Resonator are a bit taxing, but each has a lot of utility outside of our commander.

Our win conditions are mainly combo. Painter's Servant is a Scarecrow and, together with Grindstone, is a great player-sniping tool. Sensei's Divining Top and Bolas's Citadel are build-your-own Necropotence, which can be an outright win condition with Aetherflux Reservoir.

Umori plays a crucial role in a deck like this. It's an early play that helps us get to the point where we start chaining Scarecrows from our hand. The impact of the Companion tax is negligible because our early plays aren't all that exciting (since we need to hold playing Scarecrows until after we have our commander on the battlefield).

I don't think that investing more into Scarecrows is worth it, but that's certainly an option.

One interesting build is adding Eggs to provide a more solid draw engine. Umori's cost reduction allows for a great chain of draw with low-costed artifacts.

Umori is a fun Companion! The cost-reducing ability feels great in-game, especially in an artifact shell where both our threats and our ramp are discounted. It might not seem like this is the case, but there is a lot of space when building a deck using Umori. It's a shame that we can't have instants or sorcery because it would be interesting to have a spellslinger build.

That’s it for this Collected Company! What do you think about this article? What are your thoughts on Umori, the Collector Which Companion do you want to see covered next? Share your opinions in the comments.