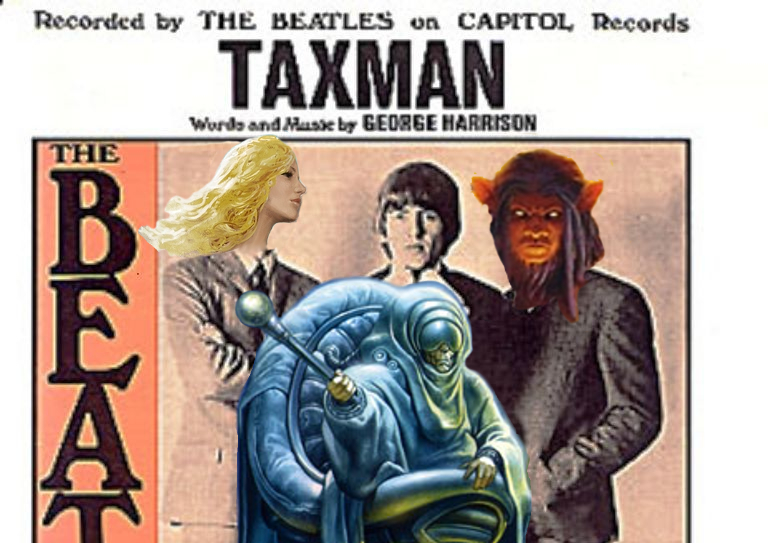 Patrick Sippola here, reporting from front lines of the jank wars, bringing you what can only be described as combos. The best thing about finding new interactions between cards is that sometimes an idea strikes you to just make a small change to a type of deck that is already out there. This month is such a case, where we take a look at a tax deck and really try our best to eke out all of the value we can.

Before we go into the combo's details combo, it is probably best to define what is meant by a tax deck. A tax deck's strategy is to slow the game down by making spells cost more, and otherwise make actions in a game as inefficient as possible. This specific kind of deck is often confused with Stax (which gets it’s name from Smokestack), which shares a similar goal but also has the additional goal of making people sacrifice their permanents, taking taxation to the next level. Stax tends to be far lower on the converted mana cost curve than where we will end up to get around their own sacrifice and tax effects.

Improvise is a mechanic from Aether Revolt, which is a small set so it shouldn’t be surprising that it doesn't suddenly open up new archetypes to us. In fact, there are only 16 cards with the word “improvise” printed at the moment. However, there is a special card that grants improvise to all non-artifact spells we control: Inspiring Statuary. It's essentially a mana rock, but you need to have a deck that has a balance of artifacts and other spells in order to capitalize on making your spells much cheaper. That being said, there is a window here for us to sneak through with Inspiring Statuary that can lead us to something quite interesting.

To get to what is a semblance of a deck, we should start by reviewing what is worth being tapped. This deck is really trying to leverage Inspiring Statuary and other tap/untap effects to slow the game down for our opponents, while at the same time giving us a chance to turn those effects off on our turn. This means we are living on the edge of the end step. Many, if not most, of these artifacts care about your first three phases: untap, upkeep, and draw. So, we want to make sure that certain artifacts are tapped or untapped during those phases as we pass through them. That requires some planning on our part to make the best of it.


The game plan is to tutor for Inspiring Statuary as soon as we can. We then get as many tax effects in play as possible, until we can win through our ever growing advantage. The bonus to having so many tutors and artifacts is that if we ever draw into what we need for the turn, we free up resources to find something to progress our game plan.

To get to that point we really want to give all our spells the ability to be cast at instant speed, so we are running Leyline of Anticipation and Vedalken Orrery. In the situation where we can’t get one of those two out soon enough, we hope to make do with any of our instants and flash creatures to get the job done.

Plan B is to get to Mind Over Matter, Laboratory Maniac, and Arcanis The Omnipotent to just win the game outright. The fact that we can tap and untap our artifacts is just extra bonus. There isn’t a way to tutor for these; we just have to draw into them. Which is why it is plan B, and not the core strategy to win the game.

While the skeleton of the deck is solid, the specific tax effects have to be tuned to the meta being played in. Otherwise you end up with an ineffective tax deck that is doing a whole lot of nothing. If you are going to annoy everyone to death, you might as well be as effective as you are annoying. Now comes the bad news, tax effects in magic are slightly complicated. Magic: The Gathering is not the IRS or anything, but these effects do cause discomfort for most people. Therefore, let’s look into how we actually cast a spell, when tax effects come into play, and what happens when we make mistakes in our calculations.

The process of casting a spell has a few stages, most of which players use shortcuts to get through so we don’t have to deal with the minutia that frankly don't matter most of the time.

We will review the entirety of casting a spell and dive a little deeper into the most relevant parts to our little IRS game.

Good work, now you have a chance to resolve your spell, so let’s hope we didn’t cast into two untapped Islands and walk right into a Counterspell or that someone is running Force of Will. To think, we cast spells without breaking a sweat most of the time, when so much is going on.

As far as our deck is concerned, the interesting bit is the acknowledgement of payment using improvise, and the calculation of the total cost when we have a tax effect out.

To clarify this point, let's imagine that we are ordering from a restaurant that is super strict about their coupon redemption. If you tell the waiter before you receive the bill you have the coupon, you can redeem it and all is just fine. You end up using the coupon as part of the payment, but the discount is already applied. Only in our case, we have a coupon that makes the meal more expensive for everyone.

In terms of improvise as a mechanic, should we ever go back to the old “all tapped artifacts are counted as non-functioning” rule, tapping a Sphere of Resistance as part of the payment does not get us a discount on the spell being cast right now. We would get to ignore the effects on the next spell we cast, though. While playing Commander, it is often best to not make yourself a target without any means to protect yourself. Just playing your normal tax effects makes you the default bad guy at the table, so we are pretty weak to politics. This also isn’t a deck that wins on the spot when we get the combo down.

The next weak point to this style of deck, if not the combo itself, is group hug. When everyone gets to have all the mana and all the creatures for essentially free, there is very little we can do about keeping a tax on them.

If you can navigate around those pitfalls, typically with really good politics, this should work as a slick deck to play with.

I really like the structure that this deck ended up taking. The value gained by tapping some of these old style artifacts is very real, and fits really well into a tax deck already. Inspired Statuary just seems like a great card to go into a normal tax deck, just so you can get some tax refunds on those pesky artifacts. This might not be the most powerful thing you can do in the world of Magic: The Gathering but it is, possibly, the most annoying thing you can do.