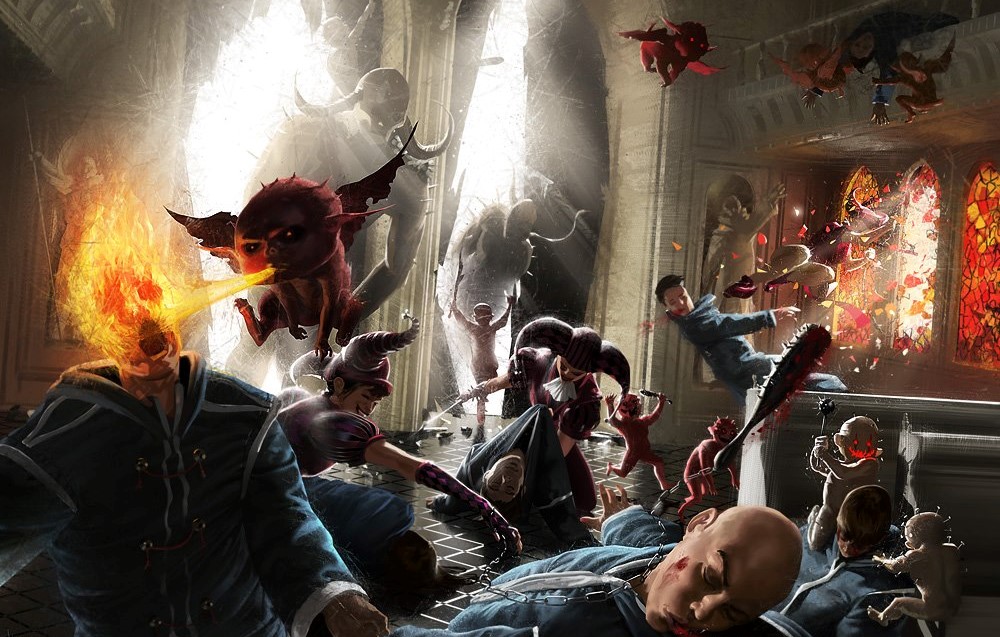 Commander Sealed is coming to Rochester, NY this September 17th!

Hello, Commander friends, it's been a while since we've talked! Today, I've got a question for you. Do you love Commander? You're on EDHREC, so odds are good that you do. What about Limited; do you love cracking packs? If you played either Commander Legends set, you know the rush that comes with rustling plastic and that new-card smell. How about variance: are you a chaos draft fanatic?

Okay, that was actually five questions, but if you're nodding along enthusiastically, I've got great news for you! Commander Sealed is coming to Rochester, NY this September 17th! What exactly is Commander Sealed, you may ask? It is the wildest Limited format you have probably never played. Players open a whopping seventeen packs, nearly each one from a different set, from across the last few years of Standard (and a couple of spicy packs thrown in to boot), and build a brand-spanking new, 100-card Commander deck on the spot!

There are a few features about Commander Sealed that make it pretty zesty. First: Any card you open, you can play. Braids, Cabal Minion? Emrakul, the Aeons Torn? They can be your commander! Hullbreacher? Primeval Titan? Slap those bad boys right into your deck! Everyone gets to play through four 90-minute rounds towards the final pod who will each be awarded a Secret Lair Ultimate 2. The victor of that final pod will take home all four of the Streets of New Capenna Precons. How can we guarantee that all four rounds only run for 90 minutes? I am so glad you asked, because one of my favorite things about Commander Sealed is the way it goes to time. At the 90-minute mark, each active pod gets a Havoc Festival emblem. The anticipation that falls on the event as the minutes tick towards 90 is absolutely delicious. Speaking of Havoc Festival, this year the event was very fortunate to have artist Tyler Carter design a very cool version of the card that looks like it came out of a Secret Lair! Each player will get one of these emblems, along with a sticker and a pin of the imp from the art donated by CTCManu! 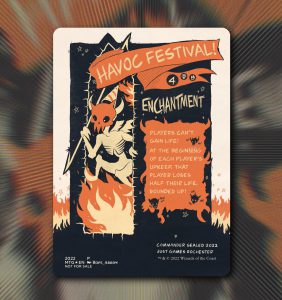 Commander Sealed isn't just an excuse to get together, crack packs, and have fun. Millions of LGBTQ+ youth in America and around the world are at increased risk of suicide, housing shortage, substance abuse, poverty, and discrimination. The Trevor Project is a four-star charity that provides resources and support to these vulnerable youth. Commander Sealed has chosen to support The Trevor Project because, for many of us, growing up queer in a household that believed we were a mistake was scary, confusing, and hurtful. We hope that through the Trevor Project and organizations like it, the queer youth of today will flourish in ways we were unable to. Last year, Commander Sealed offered 64 seats and raised just over $4,500 for Trevor. This year the event is offering 256 seats, and we hope that our donation to Trevor will quadruple (or more) as well!

This year quite a few people from across the Magicverse will be in attendance: writers, streamers, content creators, and more! Anyone at the event who can collect eight or more signatures on the back of their Havoc Festival emblem from among these personalities wins a free pack! Check out this list! 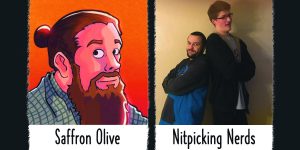 Seth, Probably Better Known As SaffronOlive, is the content manager for MTGGoldfish. He's known for playing janky brews on series like Against the Odds, the MTGGoldfish stream and podcast, and Commander Clash. When he's not playing Magic, he's probably listening to music with his puppy, Bear.

The Nitpicking Nerds love Commander so much, that they make videos about it every single day on YouTube! They can’t wait to sling some spells with you in Commander Sealed!

Jarvis_Moonbeam is an MTG content creator who specializes in EDH gameplay and deck techs. You will find him most often controlling the board state and stack, not only on his stream but as a guest on others.

Amanda is currently a writer and diversity, equity, & inclusion consultant for Commander's Herald. You may have seen her once upon a time as an L1 Magic judge in the northeast. When not writing or playing Commander; Amanda is also the charity stream coordinator and gaming ambassador for Trans Lifeline. She's a blatant Simic apologist & thinks Oko and Uro did nothing wrong.

The Bufftown Bullies are Buffalo's premiere paper cEDH squad! They run local tourneys as well as teach and promote an environment for cEDH that is inclusive to all. They try to promote a healthy environment for new players and try to remove the stigmas the format can have, and show that it's just another way to play. Usually guests on other streams, you may have seen @Scoop_Phase on multiple Charity events/Streams along with the many MANY Krark memes in the community.

Commander Mechanic is a content creator advocating for better play experience through deckbuilding. Catch them on YouTube doing deck techs and advice, writing for Commander's Herald, and streaming cooperative deck builds on Twitch.

Emmara, GoddessOfBlunder is a Magic: the Gathering EDH Streamer & Content Creator on Twitter & Twitch, Artist, and member of the LGBT Community. Emmara has been playing MTG since 1994, lived through the mana burn era, and will destroy you with Light-Paws most days.

Gunnar Wuher is a Magic Vlogger providing travel tips and Limited gameplay on his YouTube channel. This Zythological Zealot will be your guide to any major magic event.

Liliana plays Magic on Twitch , primarily EDH and cEDH, and posts spicy takes and pics on Twitter. In addition to taking spines and souls with mono-black combos, she tries to make her Magic work for charities that she's passionate about.

Mental Misplay is a Magic: the Gathering Twitch stream and YouTube channel comprised of Alan and Cyrus that specializes in the Commander format and paper gameplay. Their primary objective is to destigmatize cEDH through their live gameplay and edited YouTube videos by hosting the best players in the world, and introducing new ones to the meta with upbeat gameplay, viewer collaborative deckbuilding, and monthly charitable streams.

Shannibal hosts a weekly stream every Wednesday at 8 pm est called WUBRG AND FRIES! where she plays Commander and talks about food, because who doesn't like those two things? Come for the cardboard, stay for the FRIES 🍟

Playing MTG for just over a year, Ron became a frequent stream guest, known for playing a non-Eldrazi colorless Traxos deck. She began streaming on her own Twitch in May 2022 and became an affiliate in just over a week. She has been a guest to several Magic conventions this summer and is extremely grateful and excited about her rapid growth in the community. Ron believes in visibility, representation, and equality in guest spots, and is proud to represent Latinx/BIPOC women in Magic.

Astralsflame is an MTG Arena and Commander content creator! He's been playing for 20 years and always has a love of Jund and Dragons! He is either streaming on twitch/creating youtube videos about MTG Decks for the various formats or discussing the Commander format!

Don lives in Maryland and has been playing MTG since Ice Age. Commander became his favorite format once he had kids, who now luckily play Commander as well. He owns and operates EDHREC, which he started as a Reddit bot in 2014.

An EDHREC alumnus, Dean is the creator and organizer of Commander Sealed. He is passionate about organizing the Magic community to make a difference. In between Twitter takes and Wednesday night Magic, you can occasionally catch him guesting on podcasts and streams.

Voiddyn is a streamer on Twitch who mostly plays MTG Arena as well as streams Commander. Being the resident friendly blue player and Legacy player he will gladly advise you on why you should play more removal and why Ponder, Preordain, and Gitaxian Probe are staples in the format.

VeggieWagon once spent 10 minutes making a Ragavan cosplay, and now that's his entire personality. You can find him on Twitch, Twitter, Tiktok, and Youtube impersonating other MTG personalities, re-dubbing Yugioh episodes, and writing song parodies.

Seth Cross is a Commander streamer, former EDHREC writer, massive nerd, and Active Duty service member in the United States Air Force! Running on 5 years as a content creator, he has a love of playing in the 'yard, being a filthy combo player, and losing first out of habit!

Andy Bentley is the host of the Commander's Forge. It's an area for him to talk about Magic, commander, and anything he deems worthy. His destination is better mental health and the road there is his ability to be real with himself.

Beth, otherwise known as QueenoCardboard, is a disabled veteran working to make safe communities online. She streams chaos EDH for a new charity each month and is one of the founders of the Community of Cardboard, a community all about giving back and providing a voice to all.

Angelo Guerrera is a content creator from Connecticut. He writes for EDHREC, and mods in the EDHRECast Discord. A frequent contributor on The BMCast with Scott Cullen and Emma Partlow, he guests on Commander streams quite often as well! You can find him talking all things Magic on Twitter!

YawgGoth (Nick) is a streamer and content creator based on the east coast. MTG has been a part of his life for over 20 years. Though primarily invested in the online EDH community he also has a passion for limited/sealed play. He currently runs a segment on Twitch called Late Night Limited and guests on the occasional EDH stream.

Apart from these awesome folks, Commander Sealed 2022 will be hosting some incredible artists! Come out and meet Alan Pollack, who has some awesome pieces from Magic's 30-year history, like Champion's Helm, Palladium Myr, Plague Wind, and Sudden Spoiling. Make sure you bring your sunglasses when you meet Ben Schnuck, who blew everyone away with his Shades Not Included Secret Lair and is coming to us all the way from Texas! Get your birdwatching gear ready for Allen Douglas, who produced the stunning Ornithological Studies Secret Lair. Also, sticker and pin wizard Studio Cadco will be at the event handing out affixable imps derived from rope_arrow's poster design!

So, you want to play Commander Sealed, collect some bounties, and try to win the grand prize? You can pick up your tickets right here! Is it too far for you, but you still want to help support The Trevor Project? We've got you covered! Buy some raffle tickets! All the raffle money goes directly to Trevor, and you have a chance to win cool stuff like artist proofs custom altered by Kaja Foglio just for the event, or a Havoc Festival emblem signed by the card's designer Gavin Verhey! If you don't need fancy things, you can donate directly to Trevor.

Are you a game store or Magic artist that wants to help the event succeed by donating some product or prize support? Shoot us an email! There is more to say about Commander Sealed, but there is so much that I literally could not fit it all into one article! For more details check out the event primer, hit up our Discord, or find us on Twitter!