Do Your Worst - Selesnya Wheels

Time to Reinvent the Wheel

Hello, everyone! Welcome to another installment of Do Your Worst, where we take a popular archetype and find the most unusual home for it! I'm your host, Philomène, and in this column, we'll be looking at decks that should not be – or should they?

Today we are looking at the infamous Wheel decks. Named after Wheel of Fortune, this archetype seeks to "force all players to draw an excess number of cards, which either provide the caster with significant benefits for drawing extra cards or punish their opponents for drawing them" (from the EDHREC Wheels page). What seperates this type of deck from, say, a Group Hug strategy is, well, we're not trying to hug anyone. We want to make our opponents suffer for drawing or just holding cards. Isn't it neat? Let's look at some numbers.

Izzet is actually ahead of Grixis in this archetype (5,700 decks to 5,500), but Nekusar, the Mindrazer alone helms 5,000 decks. Temur and mono-blue hang around 2,900 decks, and Esper is not far behind at 2,500 decks. Nekusar reigns supreme in this world of wheels, followed by runners-up Xyris, the Writhing Storm and The Locust God. Niv-Mizzet, Parun isn't too shabby either, and we have Kwain, Itinerant Meddler and Minn, Wily Illusionist fighting for fifth position.

What I'm seeing here is a whole lot of blue and red. We'll cross those out immediately - too good. Then, black isn't a wheel color on its own, but it has a support role in this archetype by having a lot of punishing cards, like Underworld Dreams or Fate Unraveler. As you've come to know in this column, we like a challenge, so we'll have to let black go. That leaves us with white-green: Selesnya. Is there even a single card that wheels in these colors? I guess we'll find out!

Let's start by searching all Selesnya legendaries that have the word "draw" in their text. Sythis, Harvest's Hand is a powerful draw engine, but only for ourselves. If only she could give cards to our opponents! Leinore, Autumn Sovereign and Dhalsim, Pliable Pacifist possess the same flaw. That pretty much leaves us with two choices.

Not gonna lie, I love Gluntch, the Bestower. It looks so cute and goofy and friendly! Darn it, we're supposed to try and make our opponents suffer! Unfortunately, Gluntch's abilities are a little too group-huggy. Selvala, Explorer Returned seems like a safer choice, although I'm ashamed to be playing the ninth most popular commander in Selesnya. I always try to stay below ten, at least! The things I will do for this column, I swear.

Well, out to explore we go! With our nice explorer hat.

Alright, let's get our hands dirty. How do we actually do this?

Memory Jar is the only actual wheel in our deck. Whoops. That's okay, though, because our commander draws everyone a card each turn and usually ramps us, which does a lot of work. We also have access to a suite of colorless cards: Howling Golem, Temple Bell, and Horn of Greed (this is not a "may" ability). Font of Mythos is the one they told you not to worry about.

In our colors, we have... well, not what I'd call 'hidden gems' by any stretch, but we have some options. Rites of Flourishing might help your opponents ramp, but hey! It draws them an additional card, too, so that's fine, right? Rousing of Souls lets you make a Spirit or two on average, and Nessian Boar is a 10/6 for five mana, which is awesome. They have to block it, they draw cards, mission accomplished. Anvil of Bogardan gives all players unlimited handsize, like a Folio of Fancies would do, which is useful for what comes next.

Now that our opponents have full hands, how do we punish them?

We have a couple of items that seem taken straight out of the torture museum that I once visited in Carcassonne, France. There's the classic Iron Maiden and its smaller versions, Misers' Cage, Skullcage, and Viseling. What's cool is that we're hurting all opponents at the same time. They'll all feel equally loved! There's just always that special someone, and that's who Black Vise is for.

Storm Seeker feels like a red card. Lucky! Wolfcaller's Howl is actually really neat. If we're doing our job, we should be getting at least one or two Wolves per upkeep. We can also play cards that care about the size of our opponents' hands: Multani, Maro-Sorcerer just becomes super big, and Sage of Ancient Lore (on its back side) does the same, but with trample and vigilance. Gotta keep track of how many spells people cast each turn, though. Fun!

While our opponents try furiously to lower their card count, we can profit from having a lot of cards in hand!

Jolrael, Mwonvuli Recluse will help create tokens and can act as a wincon later on in the game. E. Honda, Sumo Champion is also a potent finisher. Empyrial Plate and Hand of Vecna are reusable ways to profit from a full grip. Psychosis Crawler will most likely not stay on the board very long, but if it does, it will hurt! Spontaneous Generation is of course the most Selesnya way to make use of our full hand.

The Wheels of the Deck Go Round and Round

Now, torturing our opponents with various devices is all fun and games, but we still have to cover the basics!

Breaking news: Smothering Tithe is a good card. In this deck, though, it's positively bonkers. Aside from that, we're opting for a suite of one-mana dorks (Llanowar Elves, Avacyn's Pilgrim, and company) to try and cast Selvala on turn two reliably, while Thought Vessel will help us keep a large hand.

We're drawing a bunch of cards already, but white has gotten a couple of draw spells that fit this deck perfectly: Cut a Deal (a kind of reverse Syphon Mind) and Your Temple Is Under Attack, which doubles as a board wipe safeguard. Gluntch, the Bestower didn't make the cut, but we'll keep Flumph as a representative of the species. Secret Rendezvous is useful to keep in check that pesky player who tries to play their spells. Tsk tsk.

Note: It pains me to say this, but we have excluded Truce and Temporary Truce from this deck, because their ability is a "may". I've been wanting to play these cards forever! Alas, it will have to be in another deck.

Introduction to Annihilation and Oblation have a downside that is actually an upside in our deck! Rending Vines is not particularly good, but it's on-theme. Depopulate and Shatter the Sky are board wipes that could make our opponents draw. We will also include a little - just a little - stax package: Rule of Law and Archon of Emeria. It's simple mathematics; if they can only play one spell per turn, and they draw three cards per turn, their hands can only grow! We also have Weathered Runestone in case they have any graveyard synergies that can profit from discarding to hand size.

We also run some cards that don't fit in a particular category. Constant Mists and Ghostly Prison will help stave off some hate coming our way, and Heroic Intervention will protect our growing board (and nasty torture instruments). Wirewood Lodge lets us untap Selvala for another round of cards! Finally, Elixir of Immortality is just a fail-safe in the case that we deck ourselves.

I think it's time to take the deck out for a spin! 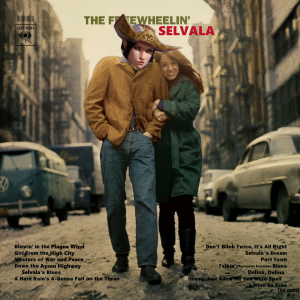 I Wheel Remember You

Is this really a Wheel deck? Is this just a mean Group Hug deck? Frankly, we have to be okay with in-betweens. We only have one actual wheel in the deck, but I do believe we succeeded in making our opponents draw cards and punish them for it.

If that kind of strategy is appealing to you, check out Lenny Wooley's Power Sink on Krark and Sakashima!

Now that we've returned from our explorations, let me ask you: how would you build your Selesnya Wheels deck? Did I miss any spicy card or interaction? Am I really bad for choosing Selesnya's ninth most played commander? Will you ever forgive me? Let me know in the comments! I'm Philomène, and this has been Do Your Worst. See you next time!