I Am the Worst 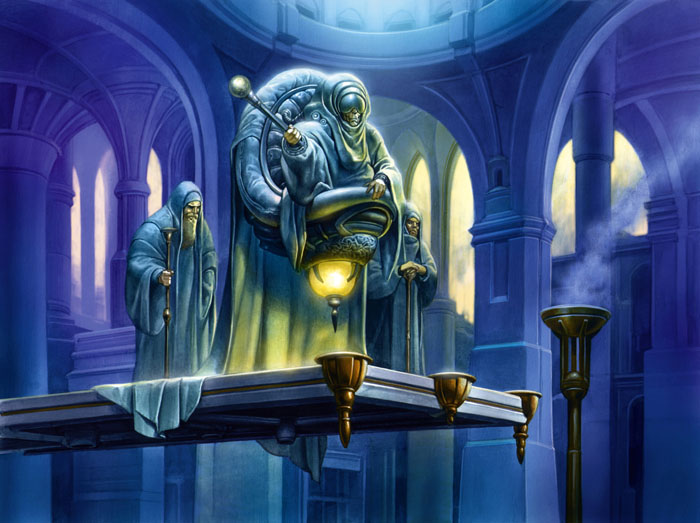 Hello, I am a Commander player who likes to make it so my opponents cannot play or enjoy the game. I enjoy increasing mana costs and forcing opponents to skip their untap phase. I am a person who plays cards like Winter Orb and Stasis. I am the worst. Don't be like me. I am not fun. I like watching The Bachelor and I follow all of those people on Instagram. I told you, I am the worst.

I just hate it when my opponents' faces are all aglow with smiles and everyone is playing spells. But you know what really burns me up? Creatures – and not just any creatures, attacking creatures. It just makes me sick when a group of friends is gathered around a table to play a game that they enjoy and then one of them has to go and ruin it by actually playing and then having the gall to enjoy that time. I do NOT enjoy a good time. I hated all the Christopher Nolan Batman movies.

The thing is, this awful scenario does not have to play out this way. Luckily for awful pieces of human garbage like me, we can run commanders like Derevi or Thalia or be really proactive and ruining people's lives by playing Hanna, Ship's Navigator and making sure I get them in a Mindslaver lock. That's right, I'm so against people actually playing Magic that I want to steal their turns FOREVER. Have I mentioned that my celebrity crush is Tila Tequila? I mentioned I'm the worst guy in the world right?

Ok, maybe you guys get the idea here. I don't like stax decks. I don't actually think you stax players are so bad as to be the sort of people who listen to music on their phones without headphones on public transit. No, it's ok, it just isn't my style. However since America has recently been divided in two by a president made of cheese, we gotta start understanding the other side if we're going to fix things. So, let's build a stax deck. Let's hate fun and stop good times. Let's cast Charlie Sheen in yet another sitcom and make our poor dogs wear little shoes – let's be garbage.

The obvious choice here is Derevi, but to me, Derevi, Empyrial Tactician and Stasis is a little too on the nose. Plus it lets us play Magic and I am such a coffin worm of a person that I don't even want myself to have any fun. So let's forget about green and really lock our opponents down with our old pal Grand Arbiter Augustin IV.

Ok maybe we need to play magic a little but but only enough so we can absolutely ensure no one else can. You have to make sacrifices, ok?

Augustin is a son of a bitch. He's a completely unfun commander to play against and his deck is built around being the worst guy in the world. Perfect; for the purposes of this article, I am that. I am the person who said Jared Leto should be the next joker and I personally designed all those tattoos he had in that movie. So, for GAA's deck, I'm going to use cards like Vryn Wingmare and Lodestone Golem to make your spells cost more and when you do actually cast something, they'll come into play tapped and stay that way using things like Thalia, Heretic Cathar and, yes, Stasis - you know, the devil's cards.

I'm honestly not even sure if this deck is capable of winning anything. Maybe you can eventually win by bashing in with a big Angelic Arbiter or Iona, but other than that, it really is mostly focused on stopping any and all playing of Magic the Gathering at your table. No one wins, no one draws, you just sit there. Cards like Pearl Medallion and others that reduce the cost of your spells are simply there to allow you to play the other cards that stop everyone from playing. That's it. Here's the deck. Do me a favour, never play this deck or anything like it, you awful monster.