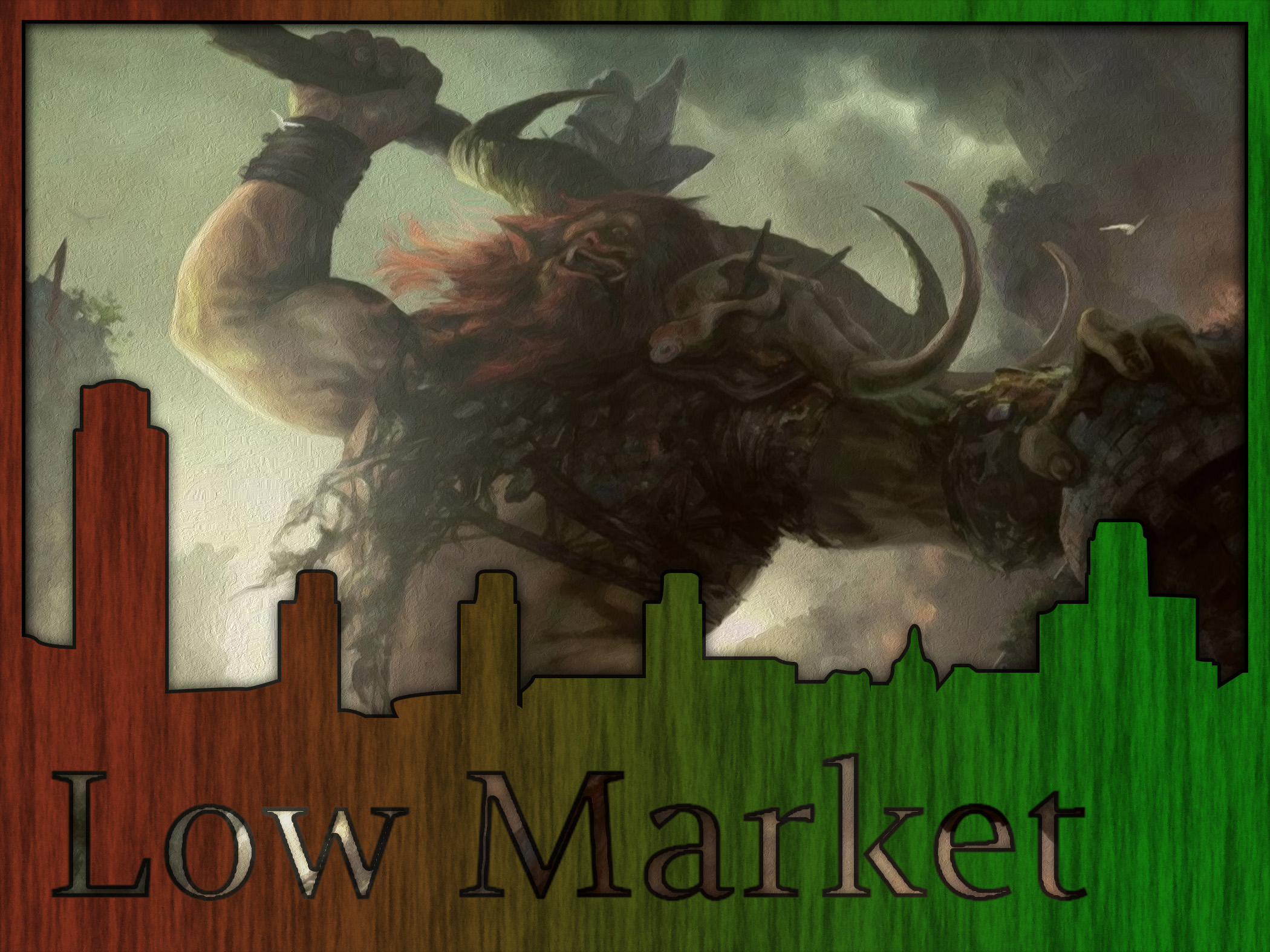 It's an important life skill, I believe, to find constructive outlets for your anger. I, for example, might channel it into video games. Some people might exercise. Some people might find a private place to emit a primal screech. Borborygmos Enraged does none of these things, preferring instead to bodily hurl lands with the force of a Lightning Bolt. This week, we're taking a combo-oriented turn towards this hefty commander.

Setting Aside Our Angry Omnath

Before we begin, a brief aside on Omnath, Locus of Rage, who is spiritually-similar to Borborygmus but has over four times as many decks on EDHREC. Both commanders are beefy creatures, both have RRGG in their mana cost, and both can deal three damage to various targets. Many would argue that Angry Omnath is simply a better commander than Borborygimus, and they might be right. That being said, Commander is not a format about playing the best deck. Commander is about playing the deck that you want to play. For some, that does mean playing the strongest commander for a given strategy, and that's fine. For others, it means playing a janky strategy with a janky commander, and that's also fine. Everyone has their place in the format. It happens that, in this Low Market, we're catering slightly more towards the latter. Now, enough philosophizing, let's build Borborigimus!

Coming In for a Landing

I aim for my combo decks to have multiple routes to victory, and this deck is no different. That said, I have an especially janky Plan A for us this week, and it revolves around what I think is an underrated land: Mirrorpool. A land that can copy one of our creatures or one of our spells? Sounds ripe, or at least ripe-ish, for abuse. There are three remaining pieces of our combo, two of which are unique and cannot be easily substituted: Splendid Reclamation and Amulet of Vigor. With Amulet of Vigor out, we cast Splendid Reclamation, then copy it with Mirrorpool. Using a land sacrifice outlet like Lithatog, Zuran Orb, or Sylvan Safekeeper, we sacrifice the bulk of our lands, which then enter untapped thanks to the Amulet. So long as the original Splendid Reclamation is on the stack, we can keep copying it with our there-and-back-again Mirrorpool, tap the lands for tons of mana, and repeat.

With this combo online, and infinite mana in our mana pool, we can end the game in any number of ways. Sunscorched Desert simply kills players, as do Rath's Edge or Ramunap Ruins with slightly more effort. Zuran Orb as our sac outlet will gain us infinite life, which isn't a "win condition" per se, but will make us untouchable to many opposing strategies.

As for those alternate combos: there's a reason that Snake Umbra and Keen Sense appear in the majority of Borborigimamos decks. Either one creates a quasi-one-card-combo with our commander, and while this doesn't guarantee the end of a game, it's likely to do a sizable chunk of damage, since our list is over 50% lands.

Even if both of our primary combos are taken offline, we're not completely out of the fight. After all, we still have a massive commander who throws lands at people. Our mass-recursion spells—Praetor's Counsel and Creeping Renaissance—can supply an additional salvo of lands to toss. When we find ourselves desperately in need of one last barrage, Storm Cauldron lets us bounce our entire field of lands for conversion into sweet, sweet damage.

Another key element is many combo decks: tutors, cards to search our libraries for particular combo pieces. Red-green is, admittedly, not the best color combination when it comes to tutors for non-creature, non-land cards. There are no fewer than five land-specific tutors, so being able to fetch Mirrorpool is nearly a foregone conclusion. I'm leaning on our ramp-heavy deck so that we can utilize Planar Bridge and Ring of Three Wishes. I'm also dipping a few dollars into our budget for Gamble, one of the only unconditional tutors in red (with a small risk involved, naturally).

I squeezed one last tutor in the nooks and crannies of our land base: Inventors' Fair, the colorless Fabricate on a stick. We need three artifacts to activate it, so I included three artifact lands as well: Darksteel Citadel, Great Furnace, and Tree of Tales. In a roundabout way, we've turned our mutliple land tutors into a single artifact tutor. If red-green is less your speed, I've been tinkering with a four-color version of this build featuring unofficial commander Dune-Brood Nephilim (though any null-blue partner color combination would work just fine.) One of the biggest advantages of the additional colors is access to effects like Second Sunrise and Faith's Reward, which fill the same slot in our combo as Splendid Reclamation. Since Second Sunrise and friend recur artifacts too, Codex Shredder can play into a slightly tweaked version of the combo wherein you return the recursion spell right from your graveyard to your hand rather than copy it while it's on the stack.

This week's combo-tastic list comes out to $80.00, according to TCG Mid pricing. That's a teensy bit more expensive than our average Low Market list, which we owe mostly to the irreplaceable nature of certain combo pieces (e.g. Amulet of Vigor at $7.00) and certain tutors (e.g. Gamble at $5.00.) Would you like to discuss the ins and outs of throwing clods of dirt at people? Have janky combos of your own to share? Hit me up on Twitter or toss me a lovely email. When Low Market rolls around again, we'll feature one of the shiny new commanders from Commander 2017. If you want to toss your favorite C17 commander into the ring, be sure to leave a comment down below. And, until next time, enjoy your time browsing the Low Market.