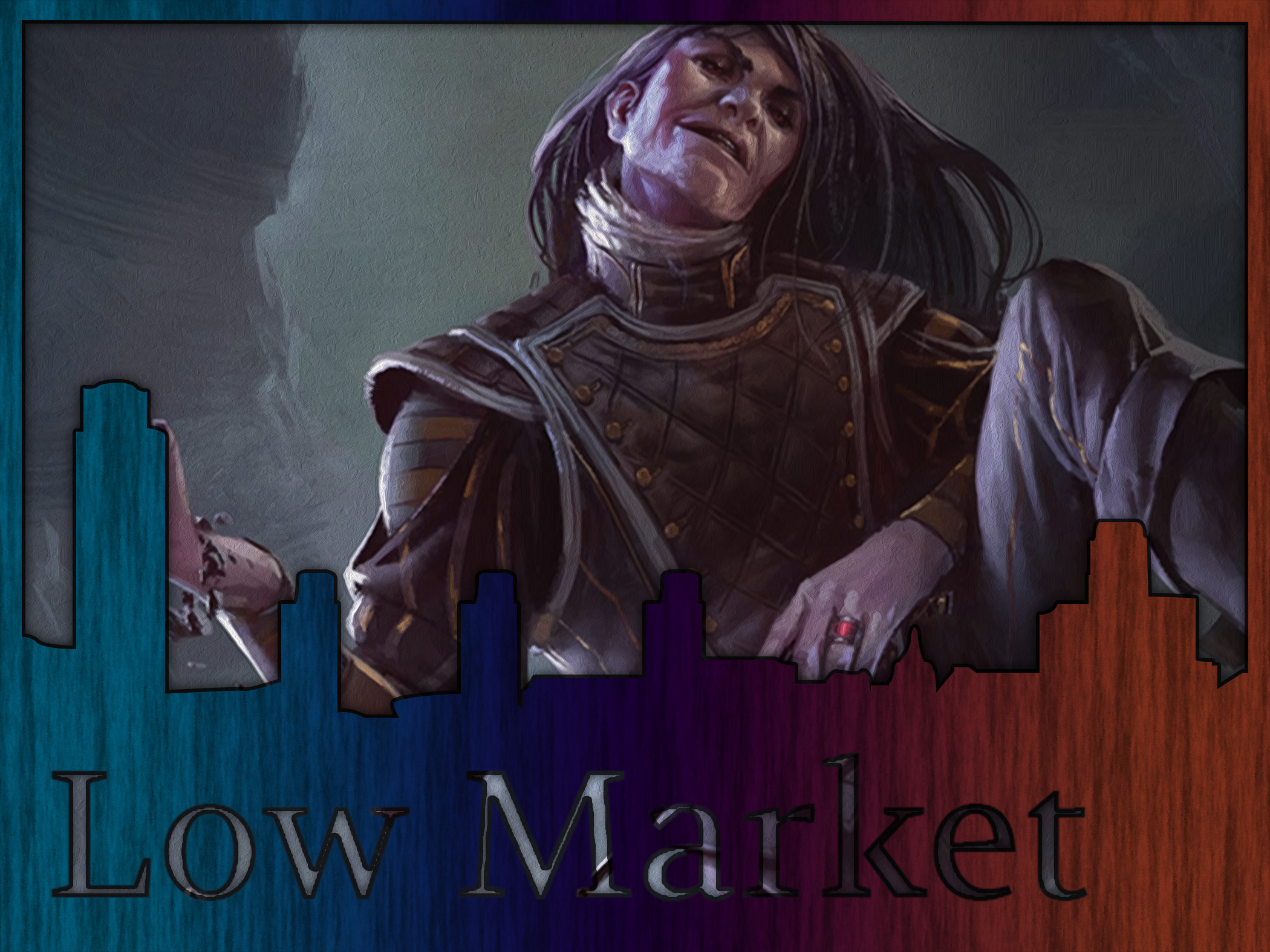 Mairsil, the Pretender art by Izzy.

In Magic lore, the Dominarian wizard Mairsil drove mad a powerful mage named Ith. This nicely aligns with my experiences of Mairsil, because this card drove me insane upon its release. I knew within seconds that I had to, had to, theorycraft this budget deck for my next Low Market. But what did this deck want to be? I tore through card databases trying to find a direction, and eventually, I found one. Not what I think the "usual" theme will be: no no, our theme. Presenting: Mairsil's Charge Counters Combo! (When I refer to a "caged" card in this article, I mean a card we exiled from our hand or graveyard with Mairsil's enter-the-battlefield ability, thereby giving it a cage counter and adding its abilities to our commander's.)

As I combed through artifacts, I found a solid number of them that interacted with charge counters, and it occurred to me that we could get charge counters directly onto Mairsil. From a raw list of charge counters and related interactions, I pared down to a handful of potential game-ending combos. One of the most central cards to efficient Mairsil-ability-activation is Quicksilver Elemental. While the jury is still out on exactly how the interaction works, there seems to be consensus that a caged Quicksilver Elemental allows additional Mairsil activations, perhaps one additional activation per blue spent to activate the ability targeting himself, perhaps infinite activations. Either of these scenarios makes Quicksilver Elemental a must-have, especially for our combo focus.

For your consideration, the first combo: Chimeric Mass and our Spikeshot friends, Spikeshot Elder and Spikeshot Goblin. Enough charge counters on Mairsil, and we can be chunking an opponent for ten or more damage per turn. With an open field, or the evasion granted by Rogue's Passage, we could even go straight for the commander damage kill.

Second: infinite turns with Magistrate's Scepter. I'm not usually an advocate of infinite-turn combos, as they tend to conclude games in a way that frustrates other players, but this one is sufficiently roundabout that I'm comfortable putting it in. Some mana and a caged Scepter ensures one charge counter per turn. With untap effects and a few more abilities to put charge counters on Mairsil (Otherworld Atlas, Lux Cannon, and so forth), we can keep our extra turns going until we dig into a card that actually kills our opponents (infinite snake tokens from Orochi Hatchery, for example).

Finally: there's plain-and-simple infinite mana. If we cage Quicksilver Elemental, an untap effect like Horseshoe Crab, and a mana generator like Pyramid of the Pantheon, we can generate infinite blue mana followed by infinite mana of any color. As above, we likely need to dig into a game-winning combo following this one.

Our deck has another notable combo that, while unlikely to end games, will aid our charge counter shenanigans. If we equip Leech Bonder with a Paradise Mantle, we have complete mobility of counters between creatures. In other words, any counter on any creature can be moved onto any other creature at will. This might mean moving charge counters from Coretapper or Chimeric Mass, or moving charge counters off Mairsil to rescue them before he dies.

The Real Treasure was the Mages we Made Along the Way

An odd-duck deck calls for some odd-duck tutors. Some of my favorite tutors, in fact: Trinket Mage, Trophy Mage, and Treasure Mage. With as many artifacts as our deck contains, these search effects are useful even without being expressly built for (though I did add a few spicy options after I decided to include the Mages). Trinket Mage provides access to the greatest number of options: Pyramid of the Pantheon for ramp or combo, Tormod's Crypt for graveyard hate, Paradise Mantle for the Leech Bonder interactions, Claws of Gix for a sacrifice outlet, and my personal favorite, Voyager Staff to flicker Mairsil.

Trophy Mage finds us a notable combo piece, Magistrate's Scepter. It also fetches Umbral Mantle, one of the most powerful effects to untap Mairsil (by equipping it to him, not by caging it). Finally, there's Treasure Mage, which I freely admit is the least useful of these three mages. I'm including it for two reasons:

We also have Corpse Connoisseur as a form of tutor, primarily to bin a creature for Mairsil to cage. Many of our combo pieces are creatures, and we have multiple flavors of ramp, card advantage, and Mairsil-rebuying (e.g. Grinning Ignus) on creatures as well.

Our Mairsil list contains a single Vehicle: Mobile Garrison. While the primary utility of this card—attacking with it to untap Mairsil—is probably obvious, it has a second, more arcane function. If we cage the Garrison (or any Vehicle, for that matter), and then activate the Crew ability that Mairsil now has, he becomes an artifact creature until end of turn, though his power and toughness will remain unchanged. This allows him to interact more directly with effects like Coretapper and Surge Node, which can only place charge counters on artifacts.

Considering the complexity of Mairsil's deck, I'm mixing up our Check Out by providing two lists. The first is in the usual style, cards arranged by type. The second divides cards by function, in the same manner I did when designing the deck.

Cage Against the Machine

With our mad course determined and a mad deck built, Mairsil's Charge Counters Combo clocks in at approximately $60.00 according to TCG Mid pricing. A TappedOut decklist can be found here. Having built one concept for Mairsil, I'm still intrigued to see what other people create. Have you taken this deck in strange direction? Let me know in the comments, via Twitter, or through an email. For next time, I'm hotly debating between writing for another Commander 2017 legend and writing about a budget version of a traditionally-expensive deck: superfriends, which is another topic I will gladly request your input on. Do you have an opinion on the matter? (That's a silly question, we're Magic players, we always have opinions!) Kindly pen them below! And until next we meet, enjoy your time browsing the Low Market.