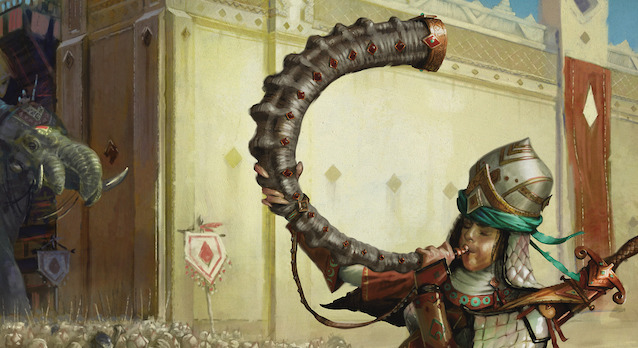 We pause our regularly scheduled articles for a message from Don, the founder of EDHREC:

We’ve just rolled out some new improvements to EDHREC that aim to help you find specific Commander decks. The commander summary-style pages have been here a long time and provide insight into how decks are built in general, but sometimes specific nuances or interesting decks get averaged away amongst the masses. There are times when you just need to find some example decklists to see how others are putting decks together or perhaps find something really strange. These features will help users find specific decks and view them on EDHREC. In this article, Chris is going to go through how the features work and what they are meant to do.

Here are the following changes made to EDHREC:

How do you make something awesome even more awesome? Don’t answer that, our creator Don already beat you to the punch. Unfortunately for you he doesn’t have a predilection for black mock turtlenecks and inspiring keynote speeches. Instead he chose quite comically to let me handle the walkthrough. Admittedly, I’m horrible at PowerPoint so you’ll have to settle for some crudely edited pictures from MS Paint and yet another list where I throw in a few old cards and feel a completely undeserved sense of accomplishment. Enough humility and deprecation, bring forth said awesomeness!

How I imagine Don responding to anyone’s complaints about the site.

If you’re reading this article, then you no doubt spend hours on this site concocting your brews with lethal efficiency. During those countless hours you’ve likely wondered why the list of recent decks usually just had the title “Deck” for each entry. Here’s a quick example. News you can use…for brews. If you choose.

Now you can efficiently browse the community’s arduous work in one condensed, easy to swallow gel cap. Consider your allergy to lengthy deck building cured. Now when you navigate to a commander and look under the “Recent Decks” section you’ll see a list of decks broken down by name with a breakdown of financial cost and the collation of each card type: creatures, instants, sorceries, artifacts, enchantments, and planeswalkers. Also the budget, the theme (if there), and tribe (if there) are listed. But he didn’t stop there. No, because you deserve better. If you look under your desired commander, you’ll see a new “List of Decks” option. I’m using The Gitrog Monster because I’ve felt like re-building him on a budget with some of the sweet new cards he got this past year.

Now you’re magically transported to a land where everyone else’s soon to be lesser builds are laid before you, waiting for you to analyze and improve upon. We have a wealth of information available without us ever having to click on the deck: price, tribe, theme, card type distribution. But he knew we weren’t going to be sated by this. Nay, because we hunger for data and the hunger is real. What would happen if we were to choose a specific theme? Let’s find out.

Wow, clicking on the “Expensive” theme from the list of themes at the top of the page works. Who has this much money for cardboard? Are people really playing with decks that are worth more than my car? I can’t resist. I’m going to look at the list that’s $5,343, because I MUST see this. All we do is click the “View” link to the left of it. Scrolling through a theme or archetype or recs has never been easier. No joke.

Now this certainly looks different. Before we even scroll down to look at the recommendations we can see right at the top that there is a section titled “Similar Decks”. It gives deck recs based on percentage of match. Seriously, think for a moment about how awesome this is! Once we have a them nailed down we can quickly survey other decks that are in that theme for that specific commander. This makes it easy for us to drill down quickly through a commander’s archetype and see a wide array of recommendations in a short amount of time. I’ve played with it and I can confirm that the rabbit hole goes as deep as you want it to. We can see all the similar decks for Killer Kermit are “Lands” themed, which isn’t a shocker given that it’s by far the most expensive archetype for it. Now, without further delay I’m going to check out this ridiculously expensive pile of cardboard.

Well for the low price of a semester of college tuition you took can own 8 of the 36 lands that this deck has. That’ll make you have some adequacy issues. I don’t think I’m really in the market for a second mortgage so I’m going to go back to the “Cheap” theme so that I can sift through some similar decks for inspiration.

It Ain’t Easy Being Green…

After scrubbing through the first deck I could find at around $100 and then sifting the similar decks that were suggested, I found a slew of cool (and cheap) cards that can make the Ribbit Reaper run riot on people. I even came across a couple of cards that shocked me, as if the site itself was trying to steal away my janky heart. Take Rath’s Edge for instance. This land looks like hot garbage in a vacuum but when you think about it in terms of the infinite Gitrog loop it becomes a land that provides a land sacrifice outlet that can also deal damage to a creature or player. Oh yeah, there’s nothing we can do with that in an infinite land loop, right? My ideal budget was around $200, and it was frighteningly easy to hit that mark using the new site features. It would typically take around 2-3 hours of research on the site when coming up with the initial idea for my decks, but this one took around 45 minutes at most thanks to the new features. Probably 15 minutes of that was just fiddling with the links without any focus, just to get a feel for the workflow. Seriously, you must try this. It will make what you do on this site so much smoother and easier. Please take a moment and give Don a shout out in the comments below because this site is an amazing contribution to the community and it’s amazing the effort that has gone in to making it what it is today. Let us know what you think and get to brewing!