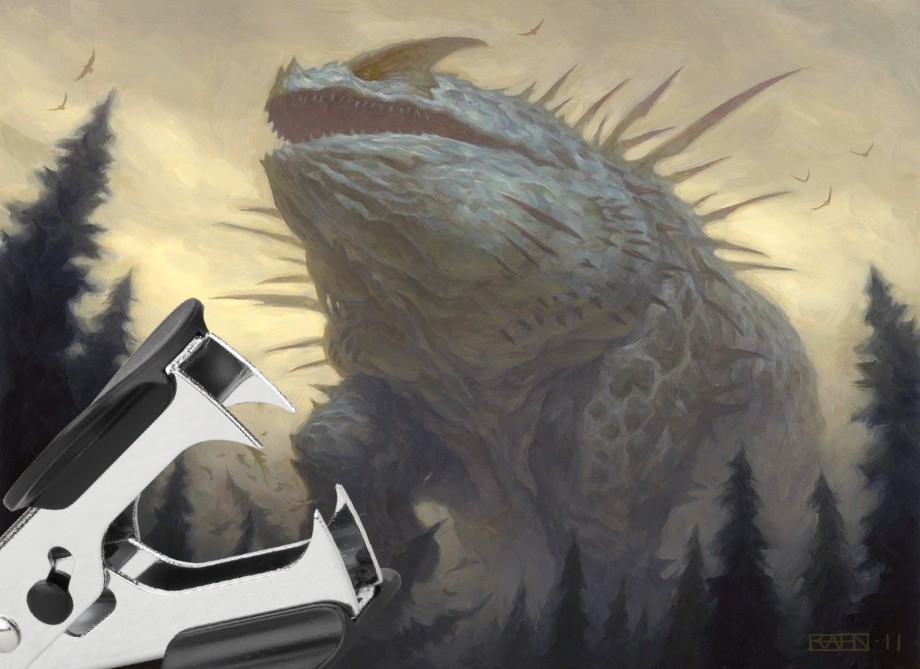 There Was a Sound of Thunder

There exists no shortage of stories and legends of powerful cards which enter the battlefield and leave it a smoking crater of doom and ruin. Newer players either seek them out or fear them, but us veterans who've been around awhile... well, for us, they just start to get old.

There're quite a few cards which simply end games out of nowhere, with no purpose besides that. In the famous words of one Matt Morgan, "Bore Score and eight years ago, we saw the printing of one card which would join their ranks." That card, of course, is the one and only Craterhoof Behemoth.

When this series was first surmised, I intended it to showcase a sort of scale, to complement the existing Salt Score scale on EDHREC. The idea behind it was that the most ubiquitous cards in EDH would have a high "Bore Score" signifying general player distaste for them due to their style of gameplay and/or mass diffusion into the meta and consistent saturation in the format (in the words of Jason Alt on the EDHRECast Twitch Stream, "Oh boy, you're running Smothering Tithe?"). With this original idea in mind, I wanted to specifically target the format's most common win conditions, as I felt that a card gets a lot older a lot quicker when it's the last thing you see every game. While this series has drifted away from that specificity as the core idea, that doesn't mean I can't still give some of the popular win conditions the boot!

So in this week's article, we're going to be analyzing and providing some alternatives for one of green's most popular win conditions, Craterhoof Behemoth!

(I would like to thank Matt Morgan for the "Bore Score and seven years ago" pun, and I would also like to thank Jason Alt for hopefully not firing me for including said pun.)

There are very few creatures with the raw power that Craterhoof Behemoth holds (which is especially impressive, as it's hard to grip things when you don't have thumbs). With it in your hand and just seven 1/1 creatures on board, you can get a minimum of 76 power on the battlefield, which you may distribute among your opponents as you please. When you do, it'll often take out several of your foes, and whoever is left behind has a severely diminished army as you trample over all of their creatures.

But the Hoof may hold a bit too much power, as it's become quite infamous in the community. It is part of a select few cards, like Torment of Hailfire or the Thassa's Oracle/Demonic Consultation combo, that essentially says "you win!" Many players dislike the playstyle of just having a button to press that achieves the win, instead preferring a more dynamic method of achieving a victory (or maybe they just can't afford the $40 price tag). These players might turn to a long list of alternatives, such as these:

Out of all of the cards that immediately pump your entire team, Coat of Arms is the classic. A mainstay in go-wide tribal strategies like Elves or Goblins, this card can bolster your army to nigh-incomprehensible size, effectively squaring the power of a team of 1/1 creatures. Unlike Craterhoof Behemoth, Coat of Arms doesn't contribute much power itself, nor does it give your creatures any evasion, but it easily makes up for that by being easier to cast, harder to remove, and having a continual effect over the course of the game.

A very fun (and maybe slightly meme-y) card from Ikoria, Colossification is sure to deliver on its promise: it will make a creature colossal. In a deck filled with evasive creatures, like the one showcased in my previous article, Colossification can Falcon Punch your poor opponent into oblivion. There are a few hoops to jump through, but none of them are too high; you might have to untap the creature first, or use Vedalken Orrery to flash it in as a combat trick, or maybe you can just Fling the darn thing Dana Roach style. There are plenty of other deck-specific ways to pump just one creature, such as Huatli, Radiant Champion or Immaculate Magistrate. Whatever your avenue is, your opponents will likely regret you ever reaching your destination.

One way to ensure you can get damage through is with the classic Lure effect. This card, originally printed all the way back in Alpha, simply forces your opponents to block the enchanted creature with everything they've got that can block. There are other ways to achieve the same effect, such as Taunting Elf, Tempting Licid, or Gift of the Deity, which you can tailor to your deck's needs. Lure effects can be very versatile, acting as pseudo-evasion when you stick it on some miscellaneous 1/1, allowing you to swing in for a ton of damage. They can act as a one-sided Wrath of God when you stick it on a gigantic creature and swing with it. Lure effects can be a really fun way to add versatility to an otherwise stale mono-green stompy strategy, especially with Tempting Licid, as you can swap out what creature you want to take the hit. 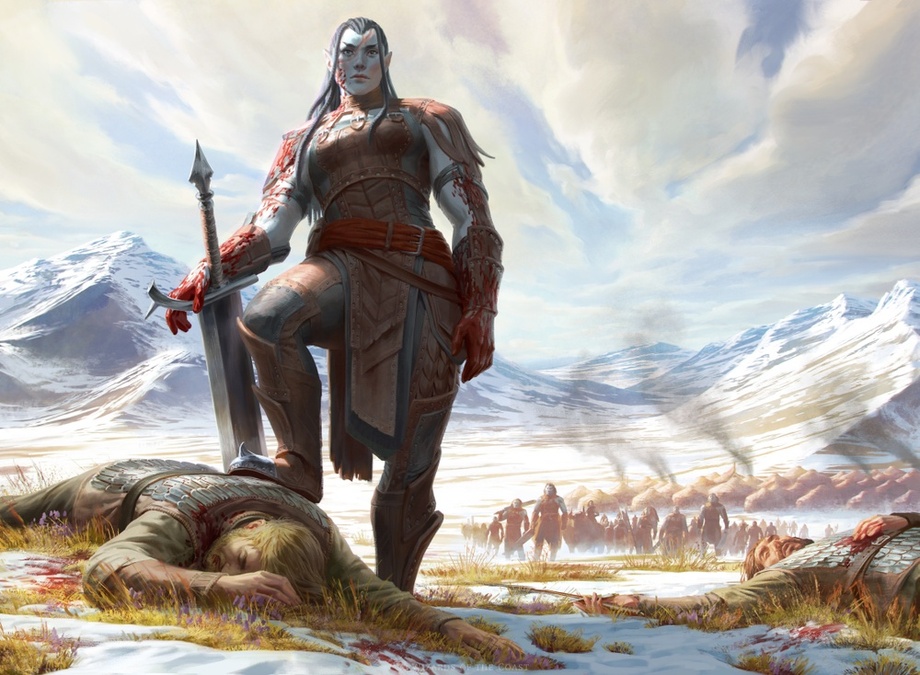 As always, replacing the most powerful cards such as Craterhoof Behemoth and Finale of Devastation is often much easier said than done, so before you go, I'd like to show you one strategy that utilizes some of these alternatives in a fun and powerful way.

I have a bit of a confession to make: Nacatl War-Pride is a huge pet card of mine. Like so many other cards from the Time Spiral block, the War-Pride has an incredibly unique effect that we'll probably never see again (likely thanks to the daunting wall of text on the thing). In essence, whenever Nacatl War-Pride attacks, it clones itself for each creature the defending player controls, then it forces said opponent to assign one creature as a blocker to each of the members of the Pride. This can accomplish a few things: it can act as a mini-Ezuri's Predation, taking with it all of your opponent's smaller creatures, while simultaneously clearing the way for your other creatures to smack face, not unlike Lure!

But, if you can find a way to keep those copies around, you can turn one Nacatl War-Pride into a massive army. There are a lot of ways to do that, most notably by using Sundial of the Infinite to exile the delayed trigger on the end step, allowing you to keep them indefinitely. This is, of course, only one narrow usage of the Sundial of the Infinite, and if you want to see all of the different ways to abuse that card, I suggest you read the latest article by Elijah Klein. Another way to abuse Nacatl War-Pride is to use the copies multiple times before they expire by attacking with them multiple times in a single turn.

This deck, helmed by Grand Warlord Radha, aims to do just that: it's the third draft of a deck that looks to abuse cards that trigger on attack or at the beginning of combat by using cards that will give us extra combats. The mana that we produce with Radha in conjunction with cards like Hellkite Charger allows us to chain as many combats together as we possibly can, gaining value off of each one. One way to win once we're set up is with the Nacatl War-Pride, allowing us to either overwhelm our opponents or to clear the way for more lethal creatures. Sometimes, it's both!

Of course, this is just one way to replace the infamous Craterhoof Behemoth and swing into victory without it. What're your favorite ways to spice up your green, stompy strategy when the Hoof isn't around? Feel free to let us know in the comments, and thank you very much for reading!