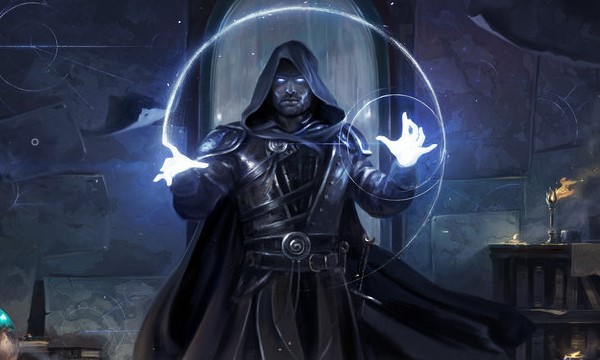 Welcome, one and all, to my debut article here on EDHREC! My name is Jaelyn, and I'm the newest addition to the team. I'm also one of the newest players on the team, as I seriously dove into Magic at the Rivals of Ixalan prerelease. Before that, however, I had noodled around a bit, usually playing with my dad, using cards from the original Ravnica and Time Spiral blocks. I've a bit of nostalgia for this era in Magic design, a nostalgia that will undoubtedly be showcased with these articles! Maybe, while I'm at it, I can gun for Dana Roach's seat as the resident Hipster EDH deckbuilder.

But of course, what am I even doing with these articles? Well, as the name implies, my intended "road to hipsterdom" is by acting as the EDHREC "Staple Remover"! One of the side effects of Commander's growing popularity is the prevalence of "staples", cards that are so powerful, efficient, and generally good at what they do that they show up in decks across the board, becoming incredibly popular among the EDH community. However, as indicated in a recent episode of The Command Zone podcast, there's been some desire among Commander players to replace these staple cards, especially lately. Whatever your motivation for doing so, be it hipster-like tendencies, a desire to spice up your games, or just an abundance of spite, this series will help you do just that!

Among the most famous examples of a staple card is Rhystic Study, a cheap enchantment that will help you do what nearly every deck wants to do: draw cards.

Rhystic Study (and cards like it) scale incredibly well to Commander: Rhystic Study will draw you a card every time your opponents cast a spell unless they pay 1 generic mana. Iin a format where you have three opponents, this means you'll get roughly three times as many triggers as you would in other formats!

However, despite its utility, Rhystic Study is not a perfect card. EDHREC gives it a Salt Score of 1.96, meaning that it isn't very enjoyable when seen from across the battlefield, likely thanks to the common, very annoying phrase, uttered every single time a spell is cast: "Do you pay the one?" It isn't a very cheap card either, sitting at over $20, and given its presence in Jumpstart and the Mystery Boosters, its reprint equity could very well be used up for a number of sets. The most accessible copies of it also feature art from a very controversial artist, which turns off many players from wanting to play it.

Luckily for us, throughout the history of Magic: the Gathering, there have been a plethora of cards printed that can fill the same role as Rhystic Study without all of the baggage it carries.

The trick to removing your staple cards is to select a list of cards that synergize with the rest of your deck. These cards might lack the raw power that staples can hold, but with added synergy, they can create an engine that's on par with (and often superior to) the auto-inclusions. For example, Shimmer Dragon, although six mana, can turn all of your spare artifacts in an artifact deck, like Emry, Lurker of the Loch, into extra card draw, and with a big body to boot. Another exemplary one is River Kelpie, which can become an incredibly powerful engine in decks that see a lot of reanimation, turning every reanimated creature into a cantrip, while also being resistant to removal on its own.

Among the best generic replacements for Rhystic Study is one that the aforementioned Dana Roach has been championing for some time, and which was also endorsed by Murph of the Command Zone podcast: Psychic Possession. Like Rhystic Study, this card fits in just about any deck, and while it may not synergize with your deck any more than the alternatives, it's still a fun card to run alongside or in place of them.

Of course, it's easy to suggest that somebody replaces their staples, but, in practice, you might run into some difficulties. I like to practice what I preach, and here I'd like to show you one of my personal builds and how it can abuse alternative card draw engines far and beyond what any staple could do!

These hidden gems from some recent sets can be remarkably powerful in the right build, and while they may seem fairly different from one another, they both have a phenomenal home in one of my favorite decks: Derevi, Empyrial Tactician.

In this build, the name of the game is combat damage. We're running as many small, evasive creatures as we can, so we can trigger abilities upon dealing combat damage to an opponent. One of the best abilities to trigger is Reconnaissance Mission. This uncommon from Ikoria is a strict upgrade from Coastal Piracy, and with it, we can swing in, untap our lands with Derevi, and use those lands to play all of the cards we just drew!

But our own permanents aren't the only things that we can untap; we can mess with our opponents' permanents, too. Tapping down any blockers that somebody might have so another person can swing in for lethal is just one of the many political plays that this deck is capable of, and when we want to do that, Verity Circle becomes that much better. Verity Circle, which is a similar powerhouse in decks such as Gadwick, the Wizened, is a cheaper way for us to get similar value to Reconnaissance Mission while enabling some in-game strategies which can make for an incredibly interactive and interesting game.

There's one other thing worthy of mention: Derevi, Empyrial Tactician has a bit of a bad rap, including a reputation for enabling stax strategies by manipulating cards such as Winter Orb to deny resources to your opponents. I personally don't enjoy playing stax, and neither does my playgroup, so instead I like to use this deck to showcase all of the sweet, new cards which have a hard time slotting into other decks. My decklist changes a lot, but right now, I'm trying out some sweet cards like Colossification for the memes, Jolrael, Mwonvuli Recluse and Ominous Seas as wincons, and the brand-new Angel of Destiny to catch my opponents off-guard.

So enjoy this Rhystic Study-less list, and note how the alternatives, like Verity Circle, can provide just as much card draw as that classic staple, if not more!

Do you have any card advantage engines you like to use in place of Rhystic Study and other staples? What decks do you run them in? Be sure to drop a comment, and thank you very much for reading!