The 600 - A Review of War of the Spark Predictions 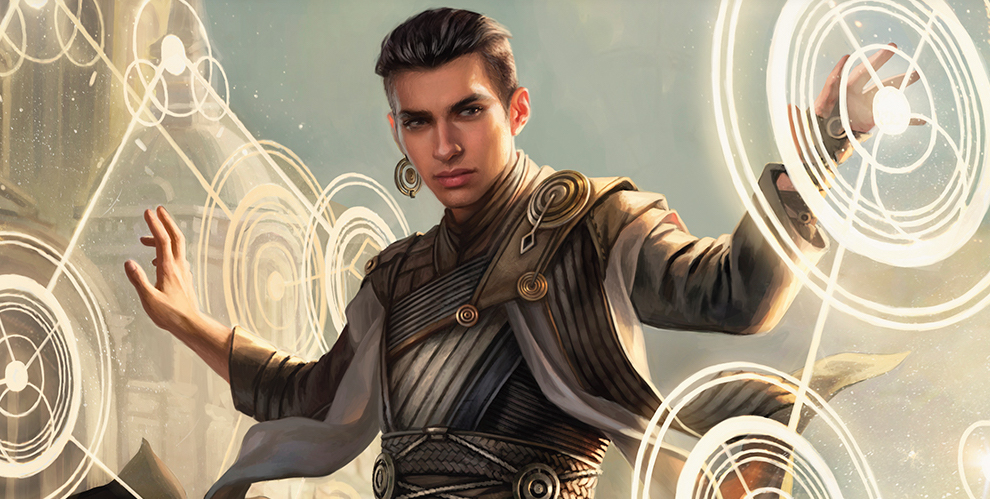 If I've learned anything from playing too much Civilization V, it's this: wars can be started over anything. In Magic, for example, a war started a year ago over sparks. Today, we're going to review it.

Hello, and welcome to The 600, the article series where I predict whether new commanders will earn over or under 600 decks after a year of existence. The one-year birthday of War of the Spark was on May 3rd, 2020, so let's see how nice and/or accurate my prophecies were.

I'll be quoting last year's article throughout this one, but if you'd like to read the whole thing, you can find it here. Also, please note that the following deck stats are pulled from May 3rd. Onward!

If there was a "Most Likely to Succeed" commander from War of the Spark's legendary creature class, it was Feather, the Redeemed.

A slam-dunk Over selection for me. Feather ended the year with 2,287 decks, the most of any commander in this set. In fact, she's now the most popular Boros commander by a country mile and the 17th most popular commander on the site. She'll be delivering TED Talks soon.

Here’s what I wrote about the Mizz-Father last year:

"Niv-Mizzet Reborn can add to a couple existing archetypes, plus creates his own. He’s versatile, powerful, and is a pretty famous character to boot. I like the over so much that I’m picking this as my Can’t Miss Pick."

I stand by that analysis, and it proved correct. Niv-Mizzet Reborn earned 1,197 decks. It also spared me the embarrassment of missing a Can't-Miss-Pick, so that’s a plus.

Those were our only Overs for the entire set. Both pretty easy. Now let's examine the Unders.

Fair warning: There were many of these. Another fair warning: I took the Under on them all. Go me.

We'll start with the easiest picks of the bunch.

These were the least popular commanders of the set, earning just 24, 52, and 74 decks respectively. I'll admit, I'm a little surprised Bontu didn't fare better; I've been impressed, especially in conjunction with Syr Konrad, the Grim and Pitiless Plunderer. I suppose she's better in the 99.

Next up, we have these three unloved commanders:

"[Storrev]'s in a guild with tons of competition, her ability is difficult to set up...and there's already a popular commander in her colors that does what she does better."

"Mono-color commanders very rarely make it to the 600 mark and I don’t see Neheb being good enough to get there."

"Roalesk stinks and I find his name weird."

That last quote was made up, but I stand by it. For starters, the name: it sounds like a middle-stage Pokemon evolution. For another thing, when he was released, Roalesk's Proliferate wouldn't trigger if he went to the command zone. This has recently changed, but that's definitely not enough time for people to have built 388 decks.

Speaking of Pokemon, let's talk about Ilharg, the Raze-Boar next, since it reminds me of an Emboar.

Here's what I wrote back then:

"The closest comparison I see for Ilharg, the Raze-Boar is Feldon of the Third Path. Both are mono-red and both cheat giant creatures into play…However, check out Feldon’s commander page. For a card that came out about three years ago, 702 decks is pretty poor. If that’s any indication, I don’t think Ilharg will fare much better."

Now that’s a pig roast. As it turns out, Ilharg earned the fifth most decks of any commander in this set with 356. Not great, but better than I expected.

Finally, we have this trio of underachievers:

Kefnet earned 354 decks, Krenko 263, and Fblthp 228. Not much to comment on except Fblthp, who looks like a kid lost in a shopping mall and therefore has my pity. He does not, however, have my support—nor did he a year ago.

"[Fblthp] makes you play cards like Polymorph and Proteus Staff, he makes you dig him out of your deck, and in return, you get a Divination. I’ve got a better idea. Just play Divination."

Funnily enough, there are almost as many Fblthps played as Divinations (2,419 to 2,777). I personally find that alarming, but what do I know?

Though I was ultimately correct with my Under prediction, I'm still surprised this commander helmed as many decks as it did...

Finishing the year with 465 decks, Oketra fared far better than I anticipated (certainly better than her previous version, who has just 84 decks). In fact, she came the closest of any commander in this set to 600 without going over.

Based on her commander page, I think I missed some nice interactions with cards like Whitemane Lion, Stonecloaker, and Kor Skyfisher. Since they all bounce themselves, you can generate as many 4/4s with them as you can afford. And imagine Cathars' Crusade in addition! I can see why she appealed to nearly 600 deckbuilders.

And now we come to it. You might've noticed that, until this point, I haven't missed a pick. That's all about to change, starting with this fellow:

Ever since Tatyova, Benthic Druid, I've been trying—and failing—to pick the next uncommon commander hit. Here are my initial thoughts on Mowu:

"...+1/+1 counters have always been a popular archetype, as has Voltron. Mowu combines them both...Finally, let’s not forget that this set has Proliferate. Whenever you Proliferate on Mowu, you get two counters instead of just one."

Not untrue, but evidently not compelling for EDH players. Looking at Mowu's page, it appears the deck is more linear than I thought (almost exclusively +1/+1 counters), which probably isn't exciting for deckbuilders.

My next incorrect pick...

I think I was fooled by Massacre Girl's initial hype. Some Vorthoses I knew were excited to see her mentions in flavor text come to life on a card—and a unique one at that. Here's what I wrote last time:

"...[Massacre Girl's] ability demands careful deckbuilding. That’s because if you want consistent board wipes, you’ll need to build a chain reaction of dying creatures (at least one X/1 must die to initiate more deaths). This, I believe, will make for an unusual deck build and therefore more builders.

"What’s more, there are a few ways one could build a Massacre Girl EDH deck. The most obvious is some sort of aristocrats deck, but why not a tokens deck, or a Morbid deck, or even a mono-black control deck?"

Checking MG's commander page, it appears most decks lean toward the middle of my three proposed possibilities. Though most decks don't explicitly build around the Morbid keyword, high synergy cards such as Revel in Riches, Grave Betrayal, and Black Market all capitalize on dying creatures. Cute, but that's not bringing anything new to mono-black. Plus, I might've overestimated the fun of a board wipe on a stick.

The last of my failed Over picks is probably the most egregious.

More like Friend to Fools, because I was a fool to ever befriend this guy. Here's why I did it:

"The closest analog I can find here is with Cat tribal. Same color combination, same underserved and slightly goofy tribe. The printing of Arahbo, Roar of the World was all it took to make the archetype viable.

"Does the same go for Tolsimir? I’m a believer!

"I'm a believer," eh? Maybe my mistake was making a Monkees reference instead of, say, one about Steppenwolf. Whatever the case, Tolsimir finished shy of the mark with 441 decks.

My theory: Wolves in Magic stink. This isn't Westeros, okay? There aren't quality direwolves aplenty for every member of the family. Instead, you're forced to run the likes of Quilled Wolf, Thornhide Wolves, and, most embarassing of all, Tundra Wolves. I might've underestimated that fact.

My War of the Spark Correct Prediction Percentage: 81% (Career best!)

That 81% marks a career high, but I'll admit, this was a pretty easy set—two obvious Overs and a bunch of stinkers. But hey, I'll take it. Next up, we'll review my Modern Horizons picks. See you again then!