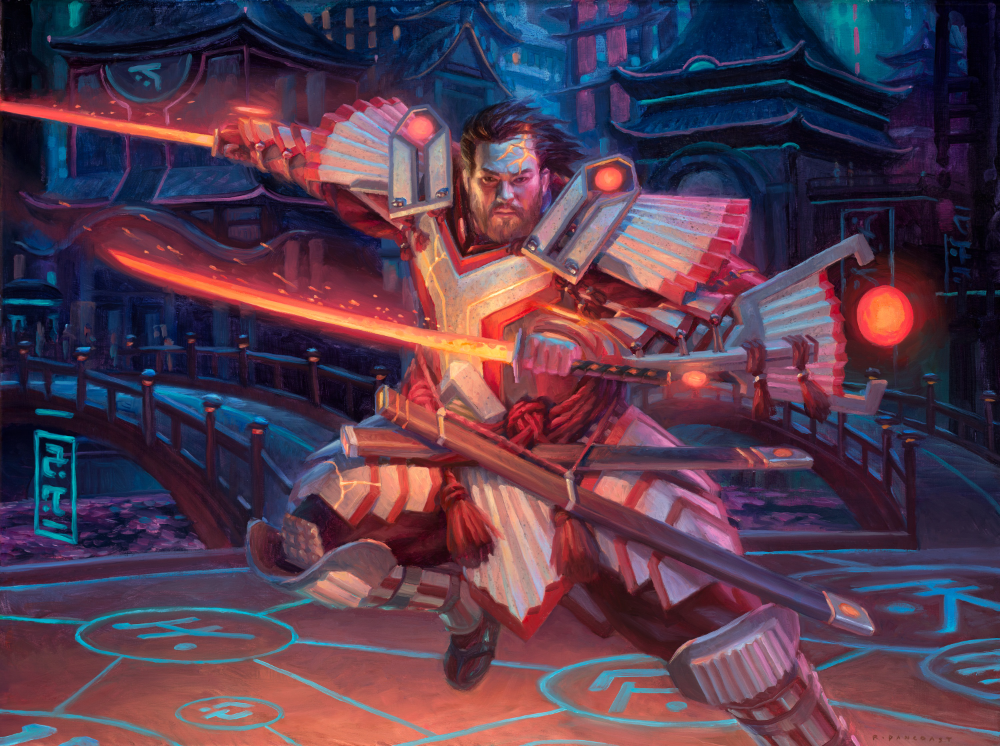 (Isshin, Two Heavens as One | Art by Ryan Pancoast)

Welcome to The Latest Hotness! I'm Jeremy Rowe, also known as Coach J Ro and the Unsummoned Skull. This is a Power Rankings series, based on the week-to-week shifts in popularity in terms of the number of decks built and recorded through EDHREC’s data collection process. I'll describe any new decks that come up, explain shifts in popularity, give examples of cards that may account for this (either new printings or cards with renewed interest), and show the decks one is likely to see in a random pod. Always remember, though, that one of the things that makes EDH such an incredible format is that players play what they love, whether it's popular or not!

Let's look at which commanders have been the most frequently built in the last week!

Dragon decks are all the rage, and Miirym still rules the roost! Last week it received over 870 new decks, and even though this week's number for Miirym is down by over 150 decks, it's still the most popular commander on deckbuilding sites right now! The ability to clone Dragons whenever they enter the battlefield is an incredibly powerful effect, and would be impactful even without its ability to remove the legendary supertype. Its ability doesn't care about how the creature enters the battlefield, so cheating mana costs, like Sneak Attack, or blinking the Dragons, makes tons of useful copies. Copying all those legends is what really kicks this commander into overdrive. Have you ever attacked with multiple Thrakkus the Butchers? Quadrupling is the new doubling!

Like its three-color counterpart, The Ur-Dragon is still relishing one of the top spots. Also like Miirym, this draconic commander received 100 fewer new decks than last week. In particular, lists are starting to feature more of the Dragons from Commander Legends: Battle for Baldur's Gate. Ancient Copper Dragon is an especially noteworthy powerhouse, creating a d20's worth of Treasures each time it connects. With the generic cost reduction from the Eminence ability, not only does the Copper Dragon come out a turn earlier, but it also enables a bevy of post-combat plays! Ancient Gold Dragon is a similarly game-altering card, serving as a way to split the strategy between going big and going wide, bowling over opponents with its 7/10 stats and its token-making ability. The Ur-Dragon is definitely enjoying its new toys.

In general, there wasn't a lot of movement among the top decks, and Wilhelt held his position from last week. I suppose shambling, decaying Zombies can thrive in an environment when everything else is slowing down. I notice that An Offer You Can't Refuse has cropped up in about a third of new Wilhelt decks that have been built since Streets of New Capenna released. One-mana counterspells are solid role players, and definitely worth the price of giving an opponent a couple of Treasure tokens. Speaking of which, Agent of the Iron Throne's appearing in about a fifth of Wilhelt decks that have been built or upgraded since Baldur's Gate released, and I'm interested to see whether that number continues to climb for this very sacrifice-happy commander!

Prosper also holds his #4 spot this week, despite almost 100 fewer decks being built with him as commander compared to last week. This unique brand of card advantage and ramp continues to be powerful and popular, and the cards in Prosper's 99 demonstrate why. For instance, Professional Face-Breaker grants Prosper tons of Treasures and lets him use them for even more card advantage, and whenever Prosper plays those cards the Face-Breaker found, he gets even more Treasures! Additionally, this Tiefling also loves the new Urabrask, Heretic Praetor, whose tip-the-scales impulse draw effect assists the exile-based strategy while also hampering enemies and imperiling their instant-speed plays. Streets of New Capenna gave Prosper too many toys for him to fall far down the rankings anytime soon.

Lathril also holds steady as the 5th most-popular commander built in the last week, and with some juicy new additions. One of these additions shifts the way Lathril decks can be built: Cultist of the Absolute is an excellent Background for Lathril, pumping the commander and granting it evasion for the low, low price of sacrificing a creature each upkeep - which is easy to pay when your commander makes creatures as a result of combat! Cards like this open the door for even more Voltron-style builds of Lathril, giving the Elf commander even greater versatility.

The final commander holding his spot is Isshin, a popular combat-oriented commander, who got a mid-week boost from being featured in an Extra Turns episode expertly helmed by Ladee Danger. The deck is capable of extremely fast starts and tremendous resiliency. I'm happy to see 40% of the 2,000+ Isshin decks that have been brewed since Streets of New Capenna playing Rabble Rousing. This is an impressive source of token creation, especially when Isshin copies it!

Atraxa has moved up a spot! The former #7 commander has slipped down a few ranks, and we'll get to that in just a moment. The growing threat of Phyrexians to the Multiverse has certainly enabled the voice of the Praetors to capitalize on collecting planeswalkers, even if Compleating them isn't a gameplay action yet (sorry, Tamiyo's Compleation).

Like Atraxa, Yuriko also benefitted from another commander's downshift, and like Lathril, about a fifth of recent Yuriko brews are trying out some new Backgrounds in the 99. In Yuriko's case, the card in question appears to be Sword Coast Sailor, which grants unblockability to a commander attacking the opponent with the most life (or tied for the most life). Getting Yuriko to slip through for damage can sometimes be tricky for this deck; usually it has to return Yuriko to hand so she can Ninjutsu out again somehow. Plus, most blue unblockability enchantments are usually Auras, so I'd bet this Background is subtly pulling a lot of weight for the folks who've tried it out so far.

Korvold had the biggest relative slide of any deck on this list, as fewer people built around him in the last week than the week before. In fact, there were about 100 fewer new Korvold lists added to deckbuilding sites in the last week. Korvold did recently gain a new Dragon counterpart for the 99 in the form of Ziatora, the Incinerator, who blasts enemy life totals and provides tons of mana and sacrifices for Korvold's card-drawing and pumping-up abilities. However, is Ziatora potentially competing with Korvold as a contender for a Jund sacrifice deck of its own, and might that draw attention away from the already-well-known Fae-Cursed King?

Finally, some fresh blood! Or rather, metal! Shorikai was an exciting addition to the pool of Azorius commanders, and its motif is reminiscent of giant mecha shows like Mobile Suit Gundam, Big O, and Neon Genesis Evangelion. This mech makes its own Pilots as part of a powerful card-filtering activated ability. One mana for a Faithless Looting-style effect that actually nets you card advantage and makes a token? Excellent. Far and away, the most popular build path for Shorikai is centered around Vehicles, though some folks view the commander primarily as a combo or value engine, too. Either way, it's a breath of fresh air for the blue-white color combo.

That's It This Week!

Dropped Out of the Top 10 Most-Built Commanders of the Past Week: Myrkul, Lord of Bones.

These are the 10 most popular decks on EDHREC as of this week. Which ones have you built? What are some interesting ways you've seen them taken? What's the Latest Hotness that's inspiring you?