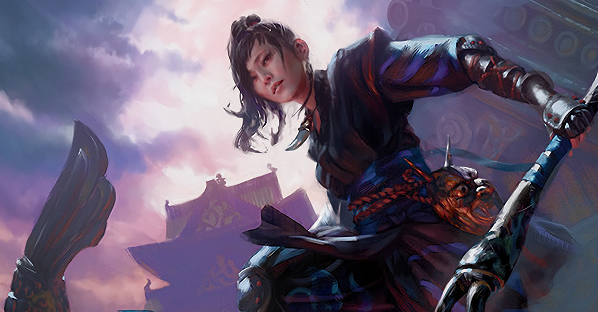 Welcome to The Latest Hotness! I’m Jeremy Rowe, also known as Coach J Ro and the Unsummoned Skull. This is a Power Rankings series, based on the week-to-week shifts in popularity in terms of the number of decks built and recorded through EDHREC’s data collection process. I'll describe any new decks that come up, explain shifts in popularity, give examples of cards that may account for this (either new printings or cards with renewed interest), and show the decks one is likely to see in a random pod. Always remember, though, that one of the things that makes EDH such an incredible format is that players play what they love, whether it's popular or not!

Let's look at which commanders have been the most frequently built in the last week!

Once again, Miirym is on top, and by a decent margin! It turns out the confluence of a popular creature type, strong evasive beaters, blue card draw, and green ramp, with none of the colored mana issues of a five-color commander, make for a potent combination! New cards and tech from Battle for Baldur’s Gate continue to influence builds and provide new directions for this powerful commander. In particular, Lozhan, Dragons' Legacy burns any target for the mana value of a dragon spell on cast. This gives the deck a non-combat dimension, and it gets that much more deadly when Lozhan is copied with Miirym’s ability, which bypasses the legend rule. Even Propaganda won’t save you from the Dragons’ wrath!

While the amount of Isshin decks has remained largely the same, its spot on the rankings has soared since its appearance on Extra Turns in the hands of Ladee Danger. The commander was already powerful, but has found new life with discoveries from Battle for Baldur’s Gate. The added focus on the Myriad mechanic really helps Isshin explode, because he helps those creatures create two tokens per opponent instead of just one! Battle Angels of Tyr, for instance, is a powerful and efficient follow-up to Isshin that represents 20 evasive damage across 3 players. Not only does it create a huge swing in life, but each copy has a combat damage trigger, which can result in drawing cards, creating Treasures, or gaining life, depending on the situation! Isshin may be Two Heavens as One, but he’s Hell on opponents!

The Ur-Dragon drops a spot, as the competition for Dragon supremacy has been fierce. While The Ur-Dragon is more all-inclusive and holds the potential to empty its hand faster, Miirym's doubling effect has really taken folks by storm, and that effect is seems powerful enough to offset the losses of black and white, which aren’t Dragon-heavy colors anyways. Still, Crux of Fate is a major reason to be in five colors, as a five-mana Plague Wind can supply a huge swing. After all, what are giant, scaly, winged lizards known for if not big swings?

Lathril jumps up a spot, as according to deckbuilding sites, slightly more Lathril decks were made this week than were made last week. The addition of Backgrounds created a cool Voltron sub-strategy for Elfball, further separating Lathril from other Elf decks. Elves, like Dragons, are a popular tribe that got a boost from Battle from Baldur’s Gate, although it was less of a raw power boost and more of a creative deck building direction. Another new direction, however, is Elven Aristocrats! With the addition of Viconia, Drow Apostate, which returns a random Elf from grave to hand each turn, regular Elfball decks can hedge against board wipes and open the door to strategies that want to abuse enter-the-battlefield effects, like Shaman of the Pack! Elves may be an old strategy, but they’re still learning new tricks!

There were only about five fewer Prosper decks built this week compared to last week, and that slight drop-off meant this commander couldn’t hold off the rise of the Elves. Prosper has essentially been resting on its laurels after Streets of New Capenna, causing this grindy value deck to get buried by synergistic tribal decks and a cavalcade of combat triggers. Admittedly, Prosper has enabled an unprecedented amount of ramp and card advantage for Rakdos.

Wilhelt drops three spots this week, with about 30 fewer decks built compared to last week. While that usually wouldn’t precipitate such a big drop in the ranks, the concurrent rise of tribal and combat-focused decks have buried the Zombies - but not too far down! If the top decks continue to be those whose strategies are vulnerable to mass removal, players might just leave their graveyard hate at home, and if that happens, the dead may rise again….

Yuriko rises a spot, stealthily digging in her claws and rising up the rankings. Almost 30 more Yuriko decks were built this week than last week. It’s somewhat surprising, as the deck has received minimal additions since Kamigawa: Neon Dynasty. One of the more subtle reasons the deck may be seeing an uptick is accessibility of the commander herself. In addition to Judge Foil Year of the Tiger, Love your LGS, and Commander Legends Etched Foil treatments, Yuriko was added to Mystery Boosters. As a result, the price has gone from about $15 to less than $9. With an increase in printings and availability, Yuriko has snuck her way into collections!

Omnath rises back into the ratings, proving the embodiment of mana is back in its element! One reason for its rise is the newly-revealed textless version, which has some people looking to brew a deck to use the gorgeous treatment. It certainly seems funny to see a card go from a veritable novel of rules text to no text at all! Omnath, like Isshin, also benefits from the Extra Turns influence, as the version played by Jake Boss was VERY spicy! What’s nastier than a Standard-format-breaking monster of a card advantage engine? Copying it with cards that invalidate the legend rule, letting you stack up the Landfall triggers!

Hopefully, the Dominarians have packed their Dragons, because that seems to be the solution to keeping Phyrexians like Atraxa down. While the Double Masters reprint did drop the price about $5, there were fewer decks built around Atraxa this week as compared to last week. There are a variety of builds, ranging from Superfriends to keywords to Angel tribal, and even to Elf tribal! A commander with such a myriad of options will always be popular, but Atraxa’s time on the list may be wavering without a powerful, specific direction.

Kaalia flies into the list, escorted by a cadre of Demons, Angels and… Dragons? Could it be? Is there a third Dragon commander on the list? Either way, this Mardu menace combines the attack triggers of Isshin, who can be played in the deck, with the red Dragons of Miirym and the support cards of The Ur-Dragon. Bypassing mana costs, soaring through the air, and taking advantage of three powerful creature types, which are united by color, evasion, and ubiquity, Kaalia rules the skies and has enough diversity in builds to maintain a spot!

These are the 10 most popular decks on EDHREC as of this week. Which ones have you built? What are some interesting ways you’ve seen them taken? What’s the Latest Hotness inspiring you?