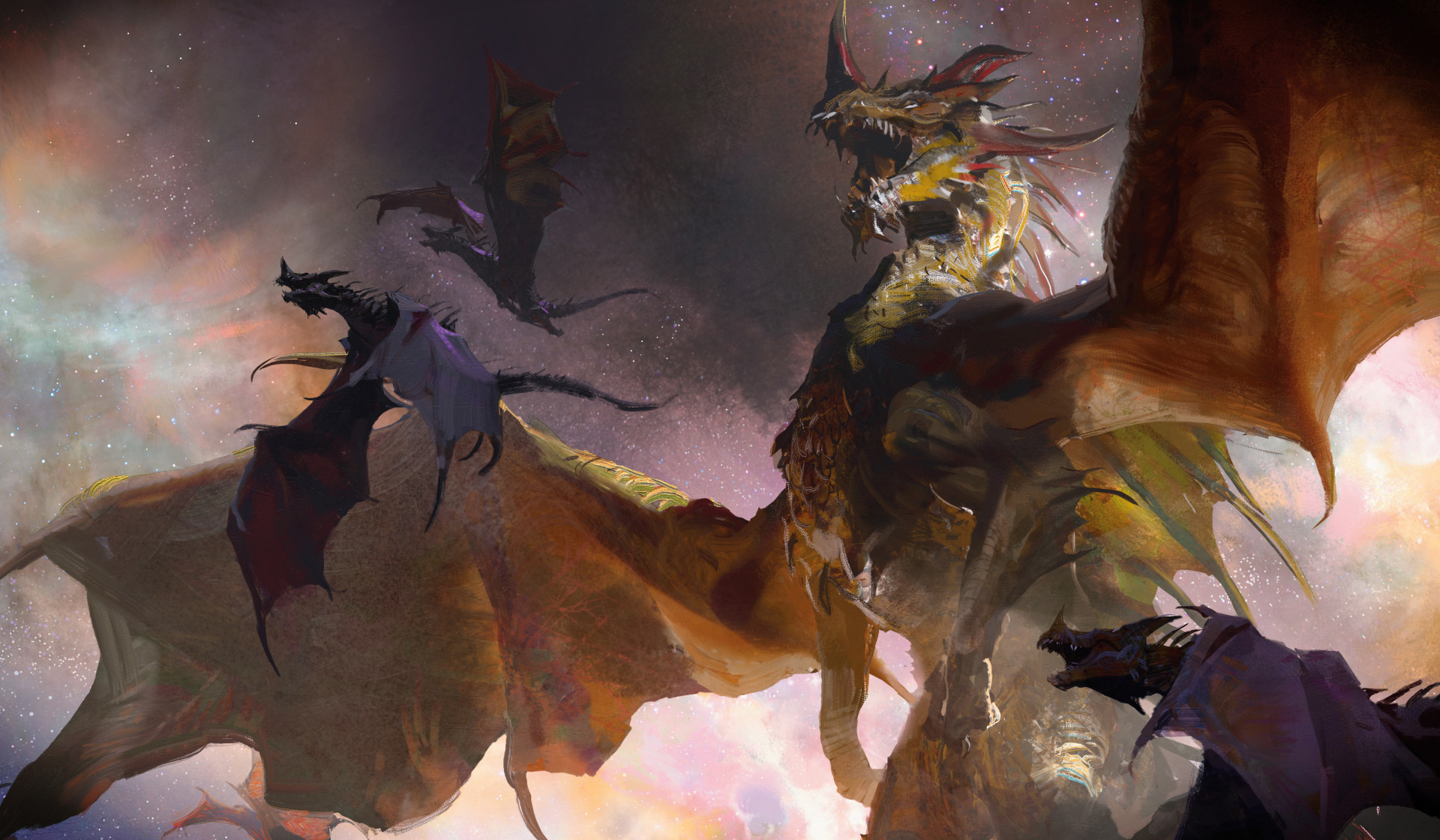 Hello and welcome back to Ultra Budget Brews! Normally, we build decks where every card, commander included, costs under $1, but this week we are doing something a bit different than normal. If you are invested enough into EDH to be reading this, then you probably are more than aware that WotC just released 4 new tribal decks. Frankly, they are a ton of fun and I felt like you’d probably enjoy reading about ways to improve these decks on a budget.

To do this, I am going to assume that you bought the deck. Obviously, not everyone is going to be able to afford the $35 for a deck, a fact with which I definitely sympathize. That being said, using the pre-con as a launching point simply makes the most sense. Also, the pre-cons are filled with value. You can use the cards you cut to trade for cards that you actually want to play with. So, hopefully, this whole thing won’t actually cost you much more than the starting $35. Starting with the pre-con, I will upgrade the deck using only cards that cost less than $1, as per usual.

The options we have been given are cats, dragons, vampires, and wizards. Last article, you all overwhelmingly voted for dragons. I was equal parts excited and nervous about this. Every year I squirrel away a bit of money to be able to afford one of the decks, and this year I chose dragons. I was excited to write about the deck, because it is quite a bit of fun, even out of the box, but was a bit nervous because making a budget mana base for a 5 color deck is a bit daunting. Also, dragons are very popular which means even the most mediocre dragon is often going to be above our budget.

Here is the starting deck:

Pick a Dragon by its Toe

The first question becomes, who will we pick as our commander? This is a bit more difficult in the dragons deck than in any of the others. When you look through the above list, you’ll notice its filled to the brim with legendary creatures. I am going to simplify things and disqualify anything that isn’t a 5-color dragon. This leaves us with 4 options: Ramos, Dragon Engine, O-Kagachi Vengeful Kami, The Ur-Dragon, and Scion of the Ur-Dragon.

O-Kagachi is a powerful card that acts as a rattlesnake card. Sadly, it has very little to do with dragons; it seems most interesting as a general for a 5-color spirits deck. So, that one is off the table. Ramos, Dragon Engine is probably one of the single most powerful cards in the entire deck. It screams combo and can do some incredibly busted things. Unfortunately, our deck isn’t built to utilize it well, and it doesn’t have a ton to do with dragons, and would be best in a non-budget deck, so I’ll give this one a pass as well.

That leaves us with Scion of the Ur-Dragon and The Ur-Dragon. With an unlimited budget and looking at nothing besides power level, Scion is probably the best option. It is a fantastic card, tutoring is one of the strongest things you can do in a game of EDH, and there are a variety of game-ending combos that you can do with it. The Ur-Dragon makes your other dragons cheaper, draws you cards, cheats permanents into play, and is a giant flyer. If I’m playing tribal dragons, I’m looking to have a good time, play as many big, dumb dragons as possible, and imagine that I am Trogdor. The Ur-Dragon definitely fits the bill. Burninating all the peasants, the people, and obviously, their thatched roof cottages

As mentioned above, O-Kagachi and Ramos want their own decks, so while they are powerful, they seemed like good cuts. Taigam is insane as the commander of a U/W spells deck, but our deck is unlikely to have enough spells to have it be worth keeping him around, and making your dragons uncounterable isn’t enough of an upside, unless everyone in your play group is playing Talrand, Sky Summoner or Baral, Chief of Compliance counterspells.dec. Dragonlord’s Servant and Dragonspeaker Shaman seem like great cards, but are terrible top decks late game, and die far too easily. I wouldn’t fault you for keeping them in, but these effects always seem to underperform for me. Orator of Ojutai is a terrible EDH card. Spellbound Dragon and Boneyard Scourge are probably the weakest dragons in the deck and were easy cuts.

Earthquake seems like a great card in this deck, but I’ve always found it to be a bit underwhelming in practice. Fortunate Few is very close to being a fun, political boardwipe, but fails because you don’t get to pick one of your permanents to keep. Fractured Identity was the card I was most excited to try out and found that it just rotted in my hand, waiting for the perfect situation that never seemed to come up. Rain of Thorns, was actually my last cut. It’s expensive, sure, but goodness it’s flexible. It might get added back in later if I feel like I need more answers, but for now, I’ll take my chances.

Armillary Sphere, Mirror of the Forebearers

Armillary Sphere is a trap for new EDH players. It seems great, but doesn’t ramp you at all. Unless you are playing Borborygmos Enraged or Sasaya, Orochi Archmage, you can do better. Mirror of the Forebearers would be fine…if you didn’t have tons of legendary dragons. *mysteriously waves hand* This is not the card you are looking for.

That…looks creepier than I remembered

The curse cards are very fun, but not very good. Curse of Opulence would be great in an artifact deck, but other than that, I probably wouldn’t play any of these outside of a curse theme deck. Palace Siege grinds out a ton of value, but it costs just a bit too much mana. At 5 mana, we want to start casting fire-breathing monsters, not slow enchantments.

Normally, I advocate playing lots of basics. It’s cheaper and you don’t lose out on much. This being a 5-color deck changes the equation a bit. I kept one swamp, plains, and island, and two mountains and forests, because I want our Wayfarer’s Bauble, Kodoma’s Reach and Cultivate to have targets. To make the upgrade I wanted to make, I had to either cut these or cut the Tri-lands, and the amount of fixing Tri-lands give us is worth them coming into play tapped.

Remember how we cut all of those basic lands? Well, this is the pay off. Guildgates are, well, they’re fine. They are great budget lands, which fits our purpose perfectly, but they are admittedly slow. Maze’s End, on the other hand, is fantastic. It helps fix our mana by fetching whatever guildgate we might need and provides a fun, surprising win condition for our deck. Our mana base is admittedly slow. Most of our lands come in to play tapped, but that is one of the weaknesses of building a budget 5 color mana base. If we are going to have to play slower lands, we might as well have them help us win the game.

Most of the creatures I am adding are good, cheap (money, not mana) dragons. They are all either removal or draw cards and make more dragons. Their inclusions should all be pretty self explanatory. Realm Seekers is the only non-dragon creature in the deck. This is a card I always think I should see more. It does a ton of work and can get really big. Obviously, it’s not in here because it gets big. It’s in here because it gets us the lands we want, like a Maze’s End or whatever color we might be missing. There aren’t a ton of cards that tutor for any land without restrictions, and most of them cost more than $1. This one does that and does so repeatedly, making it a near perfect fit. Sadly, it’s not a dragon. Perhaps you can alter it to make it look like they are riding dragons? Or draw a dragon in the background? To keep it on theme, I suggest Trogdor.

In case you already forgot how majestic he is

Merciless Eviction is a card that basically every deck with black and white in it should run. It’s that good. If you haven’t used it yet, you are missing out. Fearsome Awakening reanimates a dragon and makes it bigger. You’re dragons are going to attract a ton of removal, so having a few ways to get them back is a good idea. Sylvan Scrying and Reap and Sow are both here to find you whatever land you might need, most likely Maze’s End. Animist’s Awakening is a card that I want to put in all of my green decks. You should be able to make a respectable amount of mana in this deck and this is a decent payoff.

Sarkhan’s Triumph finds whatever scaly beast your heart desires, Utter End takes care of any nonland problem, and Terminate is incredibly efficient targeted removal. No of these are flashy, but your deck is more resilient with them. Heartless Summoning is probably my favorite card in the deck, It’s a pretty innocuous looking enchantment. It makes our creatures a bit smaller, with the massive upside of making them all cost 2 mana less. We are playing dragons. They are already bigger than basically everything else that anyone has. Their only weakness is that they are expensive. This paired with our commander, makes all of our dragons cost a whopping 3 mana less. That’s basically like having a Mana Crypt to help cast every one of your dragons. Even if you hate every other aspect of this deck, play this card.

Temur Ascendancy gives all of our creatures haste, which is very powerful. Also, almost everyone of our dragons triggers the draw effect. Almost. Why are you the way that you are?

Bower Passage basically gives our dragons unblockable (with the exception of that guy playing Deadly Recluse.dec. You know who you are). Rites of Flourishing and Into the Wilds are here to help us play more lands. Frankly, they are pet cards of mine and they could be easily replaced by something more to your liking, but they’ll perform well in this deck.

I didn’t add any artifacts. There is certainly an argument for adding some additional mana rocks, but I felt that there was enough ramp in the deck that we should be ok without. If you find yourself continuously behind on mana, this would be the first place I’d look to add cards.

After all of our cuts and additions, here is what we come out with.

I think it turned out pretty well. The Maze’s End route should steal you a game here and there and is an underutilized win condition, so I was happy to be able to include it here. What do you think of the deck? Does this look like something you’d play? Were there any obvious improvements that I’ve missed? Let me know below!

Now that we’ve done tribal decks twice in a row, lets move on to something else. Vote on the one you’d most like to see get the budget treatment.