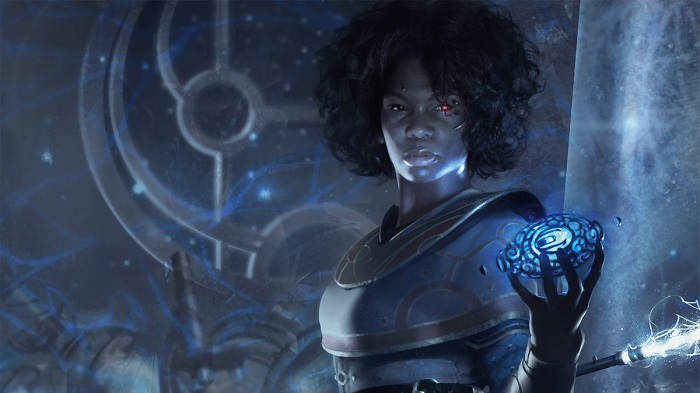 Hello, my lovely reader friends. My name is Seth Cross and this is the newest, latest, and greatest edition of Uncommonders! This series was inspired by the Dominaria set, which released a myriad of legendary creatures, including twenty of them printed at the uncommon rarity. While many (including myself) thought this was strange at first, a quick Scryfall search will show that Magic: the Gathering’s history is rife these uncommon commanders. Furthermore, several previous legendary creatures have been shifted from rare to uncommon as the power level of the game has continued to evolve.

Now, this article is special to me. You see, with this installment, I am hitting two big numbers in one article. I started writing for EDHREC just about a year ago, and this is my twentieth article I have published on the site! A quick shout out to everyone who has read an article, commented on one or on a Reddit post, joined me in the Praetor Magic Discord server or voted in a Twitter poll to help me choose which Uncommonder to write about. Thank you for the support and love so far! I hope it is just the beginning of much more to come!

Now, let us get back to why we are here. As I mentioned above, I decide these Uncommonder articles based on four suggestions from the Praetor Magic Discord server, putting those four options into a Twitter poll and letting everyone tell ME what you want to hear about. While we do alternate between the new Dominaria uncommon legendary creatures and old-school or downshifted-from-rare Uncommonders, we almost always land on something that I am excited to write about. Only a time or two have we ever seen a legendary creature that I struggled to hype up. The reason I bring this up is because today’s article is another example of the kind of creature I originally struggled with. Who is it, you may wonder? Why, we are talking about… So why does Rona represent such a struggle for me? During the Dominaria preview season, I looked at her and I could not help but feel underwhelmed when comparing it to pure value engines like Tatyova, Benthic Druid and instant combo pieces like Slimefoot, the Stowaway. Seeing Rona, I instantly thought that it was a more color-narrow version of Mairsil, the Pretender, but with a focus on the 'historic' concept from Dominaria. I also saw cards like Jhoira, Weatherlight Captain, which has been discovered to be a more potent historic commander, and this fueled my feelings that perhaps Rona did not really have a niche to fill. Of course, I admit that Jhoira and Mairsil are both mythic rare cards, but I still could not get hyped about Rona.

Since this is not the first time I haven't felt the spark of creativity, I utilized the same strategies I have in the past. I spoke to the folks on my Discord server and we broke down the bits and pieces of Rona to see where she truly shines. One of the first things we noticed is that Rona is a Dimir (black and blue) Artificer, an actual first in the game. Naturally, one of the first things I thought about was a Dimir Artifacts deck. As I stated previously, Rona does care about historic spells with her enter the battlefield (ETB) effect, and my next thought was a "legendary creature tribal" deck. Then I remembered that all Planeswalkers had been given errata to have the “legendary” supertype, meaning Rona could head up a Dimir Superfriends deck! Finally, when I was looking at the Superfriends deck, I realized that The Chain Veil would be an obvious include, and it made me think about Paradox Engine as means to get multiple activations of the Veil. Seeing the same activation cost in Veil as in Rona, I thought it might be fun to make a combo-synergy deck with Paradox Engine and maybe even Panharmonicon for those extra value ETB effects.

Artifact decks with blue support are nothing new. I can rattle off several artifact cards that are simply good to have and it should not surprise anyone who reads this. Trading Post for recursion, Darksteel Forge for protection, the new Sai, Master Thopterist to create an army of flying tokens. Because Rona works as a form of card advantage by exiling the top of our library, cards like Sensei’s Divining Top are very important to stack the top of our library. Tutors like Trinket Mage, Trophy Mage, and even Treasure Mage can help us find the right pieces when we need. The new saga The Antiquities War seems like good value, and even though we are looking at a Dimir Superfriends deck as well, I would be remiss if I did not mention Tezzeret the Seeker or Tezzeret, Artifice Master.

Artifacts mattering in black has been a more recent development, specifically in Kaladesh. Marionette Master has been a pet card that I love sticking in every deck I think will make good use of it, while Noxious Gearhulk seems to get better once we start talking about recursion for extra value. Another pet card of mine that I want to keep exploring with is Desecrated Tomb, since Rona’s ability will take historic cards (potentially artifact or legendary creatures) out of our graveyard by exiling them. Contraband Kingpin working with cards like Myr Battlesphere. Sai will help us keep the top of our deck free of lands, which we cannot use with Rona’s ability since we cannot cast lands. This is what I think the deck would look like:

A Guild of Planeswalkers?

There are a total of 33 Dimir planeswalkers available for this next deck. I could list off all the ones I want to run and what they do, but I think some of them are going to be obvious. Instead, I want to focus on the non-planeswalker cards and why I think they are important to the list. I mentioned The Chain Veil already, but I also like Deepglow Skate for that big impact of getting our walkers' loyalty way up. Another way to do this, albeit incrementally, is with proliferate cards like Thrummingbird, Viral Drake, and even Inexorable Tide. Another good one that doubles as card advantage is Tezzeret's Gambit. Settle the Score has been fun card for Superfriends decks as exile removal and a boost to one of our walkers. For synergy with our deck theme, I tossed Oath of Jace and Oath of Liliana, both because I like the scry of Jace’s and because I like the untapped Zombie token from Liliana as we play more Planeswalkers. Throwing in some more control and support and I think the list is going to look like this;

I do not think that Rona herself is a combo piece. At least, not in the way that Slimefoot, the Stowaway can easily go infinite with Parallel Lives and Ashnod's Altar. However, I do think we can have some janky fun with the right cards. The big piece of this “combo” is going to be Paradox Engine to generate a bunch of mana (preferably the infinite kind) and allow us to keep activating Rona repeatedly to fuel the combo with more cards we want to exile from the top of our library. With that in mind, Sensei's Divining Top is going to be very important to try to keep lands off the top of our library, and I think we want to toss in Thassa, God of the Sea and Retreat to Coralhelm, which actually has double synergy in this deck as a way to untap Rona. Since scry benefits the deck so much and I am a fan of repeatable benefits, why not toss in classic Commander staple (but not really) Sigiled Starfish?

Paradox Engine with Rona will not combo off instantly. We need enough mana to be able to activate Rona’s ability while also being able to cast whatever card we exile from the top of our library. The obvious answer is that by simply adding infinite mana, we can do that with the Basalt Monolith and Rings of Brighthearth combo, but hopefully Basalt combined with mana rocks like Worn Powerstone, Gilded Lotus, and Thran Dynamo will be enough. Just in case, we can toss in a Doubling Cube to try to escalate our mana even more. As I mentioned before, several of the creatures and artifacts we want to play will have ETB effects, so Panharmonicon will round out the list. The finished one should look something like this;

Normally, by the end of the article on Uncommonders that I admit didn't initially hype me up, I say a few words about what changed my mind and what makes me so excited to see decks with this commander in the future. This time, however, the simple reality is that I think Rona requires too much work for her benefits, which is made especially clear in the combo deck list. There are simply other commanders that do what she is trying to do, but better. In “historic matters,” we have Jhoira, Weatherlight Captain, and even in the recursion-slash-exile-stuff strategy, Mairsil is smoother to brew and pilot. While I am sure this sounds like a bad ending for the article, I think this is a good thing. If every new legendary creature is bigger and badder than the last legendary creature, all we are doing is fueling an arms race and warping the game. I think this is going to happen on its own eventually, but having some cards that are not brand new and top tier helps balance this out for the moment.

Still, I think Rona can be fun in the right metas with the right power level. As a Spike player, I recognize that my power level is always “the best I can make it” and I must stop and realize that not everyone wants to play the game that way. This article and this Uncommonder reminds me that Magic: the Gathering is a huge game with a huge fanbase and we all enjoy different aspects of it.

What do you think about Rona? Does she do well in your meta? Did I miss some sweet tech? Let me know in the comments below. If you want to voice your opinion on future articles, make sure you join the Praetor Magic Discord and follow me on Twitter to suggest the poll options and double up by voting on your suggestion!

As a quick final note, another huge shoutout to those folks on my Discord server who take the time to throw ideas at me until something catches my attention. Getting to brew with these people has been a pleasure and I honestly believe that the collaboration has made me a better, more open-minded brewer. Thank you, Praetor Magic team! You are the best!

Until next time, keep exiling those bombs!