Every story needs its own underdog, and every underdog with a story needs their chance to rise to the occasion. When this series first started, I evoked the imagery of Rudy, the Toon Squad, and Gold-Medalist Olympic hockey team. These were all characters and teams that defied the odds and had their moment to shine. Today, I want to give a voice to our newest underdog entering the fray. Lore-wise, her voice was summarily dismissed by the Amonkhet heirarchy, and later she faced impossible odds while trying to save her own gods from death. She is a survivor, and she will endure the test of time even as new tyrannic commanders appears. Today I present to you, Samut, Voice of Dissent!

One of the my favorite things in Commander is seeing unique and powerful cards become legendary creatures, and therefore accessible from the command zone. We have seen quite a few of these legends make an appearance in the last few years, especially in Commander supplements. Mindmoil became Arjun, the Shifting Flame in Commander 2015, Death’s Presence became Reyhan, Last of the Abzan with a small change in Commander 2016, and Cast Through Time became Taigam, Ojutai Master with a twist in Commander 2017. Our newest underdog comes from this same mold as she is a legendary creature version of… Thousand-Year Elixir?

While this is a strange card to see become a creature, it actually is very welcome. Before we continue I have a beef with everyone that has built Samut so far. Out of the 506 current Samut decks, there are only 30 decks that include Elixir. For you math lovers out there, that’s 6%! Only 6% of you all are running a redundant effect! How insane! I’m mostly poking fun, as I’m sure the players who have been playing her for some time know more than I do, but at first glance it shocked me since Samut’s untapping ability was her initial draw.

Let’s dig into what makes Samut an attractive commander, starting off with the aforementioned effect:

“Other creature you control have haste.”
“W, {T}: Untap another target creature.”

This combination of abilities is stellar and versatile. If your build focuses on creatures that have tap abilities, you gain immediate value as well as repeatability. Samut’s untap ability is also great for swinging with non-vigilant attackers and being able to untap them to block if we so choose. If we read carefully, Samut can also untap any creature, not just ours. We can make combat very tricky for our opponent’s even if we’re not the one being attacked! This versatility is a reason why I think she should get a second look beyond the current 506 decks available.

However, that’s not all Samut has going for her. She also has a veritable “keyword soup” of abilities: Flash. Double Strike, Vigilance, Haste. Each of these abilities plays into Samut’s versatility and strengths. Haste allows Samut to come down and influence our tappers as well as combat immediately. It also combines with double strike to make her a deadly combatant. Finally, vigilance brings the whole package together as Samut can contribute to combat as well as use her ability. Why have one option when we can have all of them? The added benefit is Samut can share her keywords with the likes of Odric, Lunarch Marshal and Majestic Myriarch.

Dorks, and Shamans, and Beasts, Oh My!

When I first read Samut’s card, my mind jumped to taking advantage of repeatable tap abilities. What I didn’t realize, however, was the lack of diversity in the abilities compared to my expectations. Don’t let that disinterest you because what is available is absolutely worth the look.

Having “mana dorks” that produce more than one mana is a great way to gain advantage out of Samut. Somberwald Sage becomes an insane mana advantage by being able to tap for 6 mana in two colors. While the downside of only being able to spend that mana on creatures exists, I don’t think it’s a big issue since we can leave our lands untapped for noncreature spells and leave the creature casting to our sage from Innistrad. Sachi, Daughter of Seshiro is limited to only producing triple green (and I use “only” lightly), but she also provides incidental advantage if we happen to have any other shamans in play. For example, another card that we’ll be using, Shaman of Forgotten Ways would gain the ability to add triple green alongside its other abilities.

However, mana dorks aren’t the only thing that get a lot better with being able to untap. While Kiki-Jiki, Mirror Breaker won’t gain advantage from Samut’s haste anthem, our neighborly Akki-Goblin can copy creatures to act effectively as another untapper with the added bonus of doubling up on enters-the-battlefield effects such as Reclamation Sage or creatures that want to hit our opponents in the face like Giant Adephage. If we’re feeling so bold, we can also include the very similar Splinter Twin. While it’ll be limited to the enchanted creature, it is still welcome redundancy. Feldon of the Third Path is a little bit weirder, but the ability to recur abilities from our graveyard is top notch. 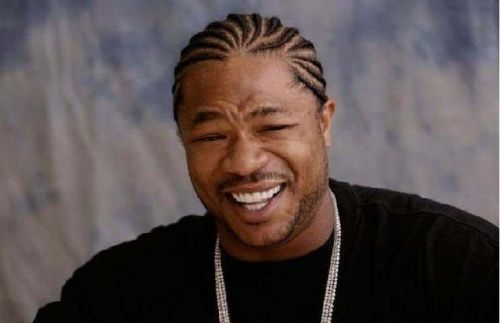 In all seriousness, being able to generate an extra 8-power in board presence each turn is more than enough to turn the tide in your favor. Thanks to Samut’s haste anthem, we can also create those 8/8 beasts before our Godsire can eat removal.

Twice as Nice at Half the Price

If we want a more widespread way to untap all of our creatures, we can always look to extra combat steps…wait what? Looking at the EDHREC page shows that one of the signature cards for Samut is Aurelia, the Warleader. While there is the benefit of extra combat damage against players who aren’t prepared, being able to untap all of our creatures is incredibly strong. Using our earlier example, attacking with Aurelia lets us untap and re-use the combination of Samut and, say, Somberwald Sage. That itself results in two instances of 6 mana that we can spend on creatures. Once we start adding in other tappers the benefits begin to escalate. With Aggravated Assault, we can potentially swing for infinite damage with the correct set-up.

I also want to talk about a few cards that are a little less common to see in Samut decks. Both of these cards only appear in 12 decks a piece, but for the direction we’ve taken so far, I think they’re gold (well, green) inclusions. Both Scryb Ranger and Quirion Ranger give us the ability to double up on our tap abilities once per turn. In the early game, we can take a hit to gain advantage by bouncing a land and replaying it. If we run into a situation where we aren’t drawing lands, they can at worst act as a way to pseudo ramp. Then there is our bestcase scenario in which we come to the late game with an excess of lands and are able to activate them multiple times in a turn cycle. Overall, I think they are very powerful pieces for us. If you are aware of how Yisan, the Wanderer Bard works at the helm of his own deck, using him in this deck with these cards will follow a similar path.

For a final note on our ability to double up on our tap abilities, Illusionist’s Bracers fits the mold perfectly. While we can’t equip the bracers to our model Somberwald Sage for additional benefit, equipping the bracers to Samut accomplishes the same goal. For a more lofty example, equipping the Bracers to Godsire leads to creating two 8/8s per turn, or even four of the beasts if we also have Samut out. That kind of advantage won’t be ignored, but it will surely be fun while it lasts.

Thanks for joining me in this adventure through this exhibition in abusing tapping abilities. While there are a few “obvious” picks within the deck, I want to highlight a few cards that I added for a more personal touch.

Angel of Condemnation becomes a bit of a soft reset for cards within the deck. While Samut is a great general in her own right, I can’t separate her from the fact that I believe she was designed as the “exert” general just like Hapatra is a “-1/-1 counters” general.

Since there are so many ways for us to produce mana via tapping, there should be no reason to not include Mana Reflection. Returning one last time to Somberwald Sage, Reflection turns her output up, allowing us to produce that magic number of six mana. Reflection truly turns our mana dorks output up to eleven.

Elemental Mastery is a card I have long wanted to find a home. While this isn’t a match made in heaven like it is with Omnath, Locus of Rage, we can still create a flood of elementals along with Samut and our other untappers. Putting this on Majestic Myriarch with any sizeable board becomes a lot of potential damage very quickly.

I think Samut, Voice of Dissent is one of the most versatile generals that has been printed in recent memory, and this build is only a small sliver of what can be accomplished with her. From EDHREC’s theme page, there are also decks that are human tribal, warrior tribal, and, unexpectedly, werewolf tribal. So I hope this has inspired you to take your own spin on Samut as I think her potential is only been scratched.

Thanks for joining me in the Underdog’s Corner!