Underdog's Corner — Patron of the Moon 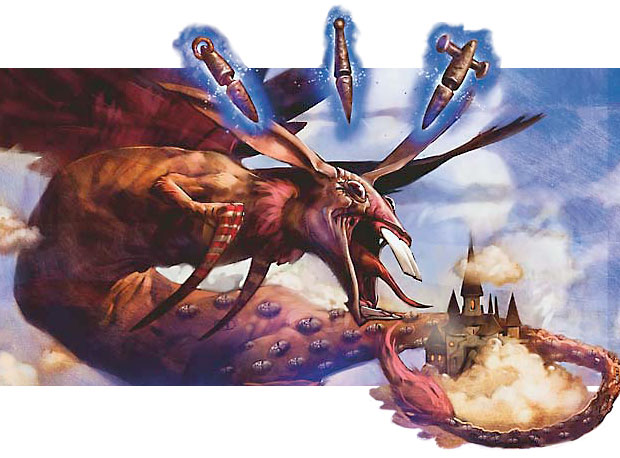 This article is Round 3 of the Underdog’s Corner, a series spotlighting various lesser-used commanders and their place in the format. Each article makes the argument for a single commander that deserves more play, as well as highlighting key cards and synergies.

Welcome back to the Underdog's Corner! This round we travel from the war-torn wilderness of Tarkir to the clouds above Kamigawa with our next underdog: Patron of the Moon! Only a few weeks ago, Patron would've been the 14th most popular mono-blue commander, but with the recent release of Aether Revolt, Baral, Chief of Compliance has bumped our friendly spirit down the totem pole to 15th place. No matter, Patron offers a vastly different strategy than the typical mono-blue commander.

Patron of the Moon

One Kamigawa block's major themes was that Legendary cards mattered. The block explored different approaches to the legendary supertype, such as Mirror Gallery, and introduced a total of 102 legendary creatures that are currently legal as commanders in EDH, more legends that any other block since. Kamigawa introduced. Along with those, the block gave us other legendary cards that can be house-ruled to serve as "unofficial" commanders, such as Genju of the Realm and Kitsune Mystic.

Right off the bat, we should recognize that Patron comes with a very heavy cost. In non-green decks, casting a commander with a converted mana cost of seven multiple times might be problematic. Luckily for us, Patron comes with two ways to offset that. The first is Moonfolk offering. If the ability sounds familiar, look no further than the emerge mechanic in Eldritch Moon (e.g, Decimator of the Provinces, Elder Deep-Fiend). Patron's cost is reduced by the "difference in mana costs between [Patron] and the sacrificed Moonfolk," which includes colored cost. For example, sacrificing Soratami Seer would reduce Patron's cost to 1U. One key part of the ability that I always overlook is that if we pay for Patron using Moonfolk offering, it gives our commander flash as well.

The second is it's activated ability. This is why we're choosing Patron of the Moon as our commander:

"1: Put up to two land cards from your hand into play tapped."

Normally, excess lands in our hand are dead cards, but with Patron they become gas. I expect some people to start scratching their heads at this point, and I wouldn't blame them. A land-based blue deck seems way out there, but I promise there is incredible potential behind this commander. Let's start to break down this commander's power.

This isn't necessarily a strategic section, but I want to cover a variety of cards that will either be very important to setting up explosive plays or offer raw synergy with Patron. Among Gauntlet of Power, Caged Sun, and Extraplanar Lens, we have a wealth of mana doublers available to us that can propel many of Patron's strategies into high gear. Patron's blueness grants access to the incredibly powerful High Tide as well. While all of these greatly speed up mono-colored decks, Patron's ability to consistently drop lands at an accelerated rate helps maximize their effects. What's better than using our resources to generate even more raw value? Nothing...Turnabout is incredibly powerful, and allows us to untap all of our lands, including the ones we just dropped with our commander. Reset has a timing limitation, but it offers the same mass untap effect that Turnabout does.

Memory Jar has a history of being one of the most powerful cards ever printed, and that doesn't change when included in this deck. Not only do we get to benefit from the jar normally, but with Patron out we also get to advance our board state by dropping every land we draw with it. If we're going to talk about value, how can we turn it down when it's basically free? With Patron, Gush's cost is negligible, and we get our own budget version of Force of Will in Thwart. Even though we still have to pay for it, we also get to include an effective second copy of Counterspell with Deprive.

Walk the Moon... or Clouds

I'm usually one of those people that tries to make everything tribal, so I have to talk myself out of it. Not everything has to be tribal, I tell myself. However, with Patron of the Moon having an ability that directly references Moonfolk, I think it would make sense to start looking at the built-in tribal aspect of our commander. There are only 15 Moonfolk creatures in magic right now, but several of them work incredibly well with our commander. Meloku the Clouded Mirror is probably the easiest inclusion among the Moonfolk, and the fact that he shows up in nearly 90% of deck lists shows that. Combined with Patron, we can slowly churn out an army of 1/1 fliers at our leisure at instant speed. If we add in a mana doubler like Caged Sun, our growing illusory army becomes a major threat much quicker. These two need more support behind them than Meloku to shine, but once we set up the engine it's not hard to see how they can slowly take over a game. Soratami Savant provides a steady supply of Mana Leaks if we need to deter big plays from our opponents, and Floodbringer gives us a repeatable Rishadan Port effect that can help us lock down players when we need too. These are a few examples where mana doublers begin to really shine in this deck.

Dark Side of the Moon

Please insert your favorite Dark Side of the Moon puns. Happy? Ok, moving on...

The game has to end eventually, and there are a few options that let us really abuse Patron's ability. Sunder is the definition of a finisher for Patron, and you'd be a lunatic not to at least consider it. If you are ahead or even at parity, Sunder can be absolutely backbreaking. The best part about the land sweeper is it's an instant. On your opponent's end step, you can cast Sunder and then float any additional mana with Patron to re-establish your board presence immediately.

Storm Cauldron sets your opponent's back quite a bit, while only being a minor convenience for yourself. Sure, it's a global Exploration effect, but the downside of bouncing lands will probably send your opponent's scrambling for artifact removal. The Amulet in the Room Throughout this article, I've avoided talking Amulet of Vigor to establish what Patron can do without it in play. While Amulet is incredibly powerful, the deck does not need it to function. However, there's a reason why it finds a home in almost 90% of Patron deck lists on EDHREC. Now we get to discuss the power of what happens when we actually play it.

Look back at a few of the cards we discussed earlier and you quickly realize the power of having both Amulet of Vigor and Patron of the Moon on the field. Meloku the Clouded Mirror, can generate infinite landfall triggers and fliers. Adding mana doublers to the mix just gets better for us. With Floodbringer, we gain the ability to tap down a mass of our opponent's lands, and with Soratami Savant we can create a wall of Mana Leaks that our opponents now have to fight through. Flooded Shoreline grinds opposing creature-based strategies to a standstill. If we live the dream and play a second mana doubler, all three of these effects can become infinite.

Cloudstone Curio is another great card that I strongly recommend considering. Alongside Amulet and Patron, this trinket can generate infinite mana and landfall triggers as long as we start with two lands in hand.

Thawing Glaciers with Oboro Breezecaller is another powerful interaction with Amulet. It let's us tutor several additional lands into play each turn, and it doesn't require Patron to actually be on the battlefield.

Even without going infinite, Amulet offers a wide variety of powerful plays for the deck. But how do we ensure we can find it? Mono-blue offers a dizzying array of options for tutoring up 1 mana artifacts. Tezzeret the Seeker, Trinket Mage and Fabricate can tutor for the Amulet and put it into play or our hand. While these cards can find Amulet, all three are able to tutor a wide variety of artifacts which makes them versatile additions to the deck.

That wraps up this article, but there are still many cards I didn't get to discuss that deserve a look:

I hope you enjoyed the discussion of our cloud-soaring rabbit-spirit. While Patron of the Moon may be one of the most unconventional blue commanders out there, hopefully I've given you an appreciation for its potential.

Thanks again for joining me in the Underdog's Corner!