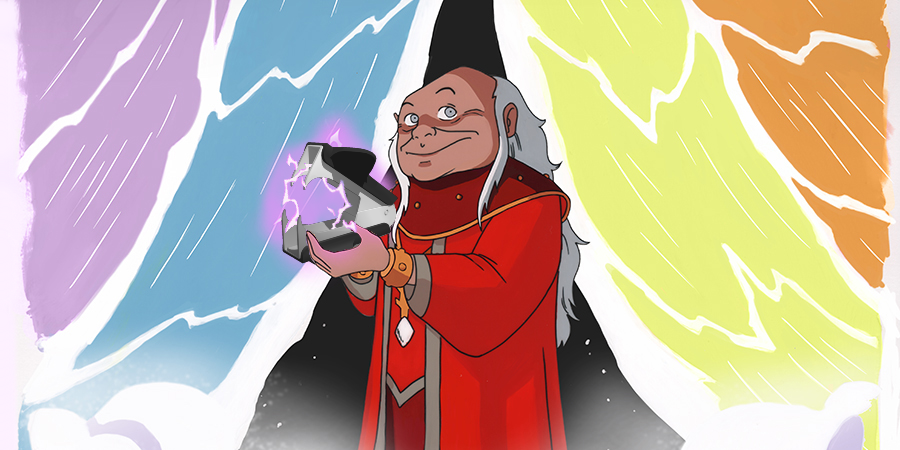 Commander's Sphere is often held in contention within the Commander community. There's no shortage of content out there that will claim the Sphere just isn't good enough, at least not anymore. Despite this, it remains relatively common according to EDHREC data, perhaps thanks to its regular inclusion in Commander preconstructed decks, and due to a loyal portion of the playerbase.

Undoubtedly, Commander's Sphere has some strengths, but the cost deters many players. Many will tell you to simply aim for a lower cost, but I'm much too contrarian to leave it at that. Instead, I'll be looking at the strengths other mana rocks can have at the same (or similar) cost.

Like the famous Mind Stone (which I touched on in a previous Staple Remover article), Commander's Sphere combines mana ramp with the ability to pitch it for a card when you're no longer in need of the mana boost. This gives it many of the strengths of Mind Stone and more, offering even more flexibility by adding mana of multiple colors and allowing you to sacrifice it without tapping it or paying mana. This means that once you're ready to let it go, you can maximize its effectiveness for just one more turn.

The biggest knock against Commander's Sphere is that it costs 3 mana, which makes it especially difficult to fit into the mana curve of many decks. If you're running a Meren of Clan Nel Toth deck and have a Mind Stone in your opening hand, you can cast it on Turn 2, enabling you to power out Meren on Turn 3. Commander's Sphere doesn't fit nearly as nicely into this sequence of play.

However, not all decks follow that same sequence of play. In fact, it's possible that the majority of decks don't. If you're running Muldrotha, the Gravetide, Golos, Tireless Pilgrim, or Korvold, Fae-Cursed King, you won't be able to power your commander out on Turn 3 with a Mind Stone regardless of whether it's played on Turn 2. Thus, these decks should have a much easier time justifying the inclusion of a card such as Commander's Sphere, and it becomes even easier when you broaden your scope to some of the other rocks out there.

Commander's Sphere isn't the only Staple rock with a mana value of three, of course. These are also frequently mentioned and included in decks, and are worth a mention.

Once upon a time, Chromatic Lantern was considered to be an auto-include by many Commander players, with its instant mana-fixing ensuring that you don't have to worry about colored pips any longer. Of course, since the old days, redundancy for this effect has seen print, such as Dryad of the Ilysian Grove and The World Tree, and a perceived push towards manabase optimization may have rendered the Lantern obsolete in the eyes of some. Still, it remains a decent way to fix mana in color-intensive five-color decks, such as Jodah, Archmage Eternal, and although it isn't cheap, it's definitely less expensive than some of the staple lands.

Of Commander's staple rocks, Worn Powerstone is a personal favorite of mine. With it, you can generate a considerable amount of mana early on, enabling many of the more expensive commanders which, in my opinion, deserve to see a bit more love. It doesn't have much in the way of synergy, though, instead rocking on as a quiet all-star.

Of all of the aforementioned cards, Basalt Monolith seems to be the least contested in the decks that it's in. This is thanks to its extreme combo potential with Kinnan, Bonder Prodigy, Forsaken Monument, the classic Power Artifact, and more. Plus, the only other card quite like it, Grim Monolith, is looking more and more like it'll cost you a month's worth of rent, which is a tall order in comparison.

Worn Powerstone isn't alone in having the potential to produce more than one extra mana. With a bit of work, you can achieve the same thing with these inclusions, plus you can gain a bit of extra synergy.

Coalition Relic is perhaps the best example of this. By tapping it to gain a charge counter, you're able to ramp by two mana the turn after it comes out, making it analogous to a Worn Powerstone that also fixes your colors. Now, you won't always get two mana per turn out of Coalition Relic, but there are plenty of situations where you can activate its second ability with little to no losses in efficiency. It also synergizes well with counter manipulation - more on that later.

Victory Chimes has a very specific scope that it works well within, but when utilized properly, it can "ramp" you by an impressive amount, producing a collective four mana per round. Decks that are best equipped to take advantage of Victory Chimes most often care about instants. For example, Nymris, Oona's Trickster loves it, as do the decks that can "store" the extra mana for more flexible use later, such as Kruphix, God of Horizons.

Honor-Worn Shaku is particularly effective in decks that can spare a legendary blocker, such as go-wide decks. My favorite deck to include it in is Norin the Wary, since Norin isn't particularly useful while untapped, and I also love it in decks that can untap legendary creatures, such as Traxos, Scourge of Kroog. Maybe there's a colorless Spellslinger deck waiting to be made there!

As a rule of thumb, it helps when replacements are the same color as the Staple they're trying to unseat, but some cards are so fantastic, they warrant an exception. Cursed Mirror is one such card. Requiring a red-inclusive color identity is a small price to pay for the inclusion of a rock that can temporarily copy the best creature on board, making it a fantastic play at nearly any point in a game. (Plus, who doesn't love red?)

Heraldic Banner is another coincidentally powerful inclusion in many red decks, along with any deck that plans on having an army of tokens that share a color. Potentially doubling your damage output by just using a simple mana rock can be surprisingly potent in Goblin decks and more. Marrow-Gnawer and company are especially tempted by such a card.

If I had to select the most underrated card of Commander 2020, I would pick Manascape Refractor. It is meta-dependent, of course, but many metas are saturated with cards like Wasteland and Growing Rites of Itlimoc, whose back half is extraordinary to copy. If there's a bounce land in play, it taps for two mana! Even with a mere Cryptic Caves in play, it's comparable to Commander's Sphere, and the potential is nearly limitless. 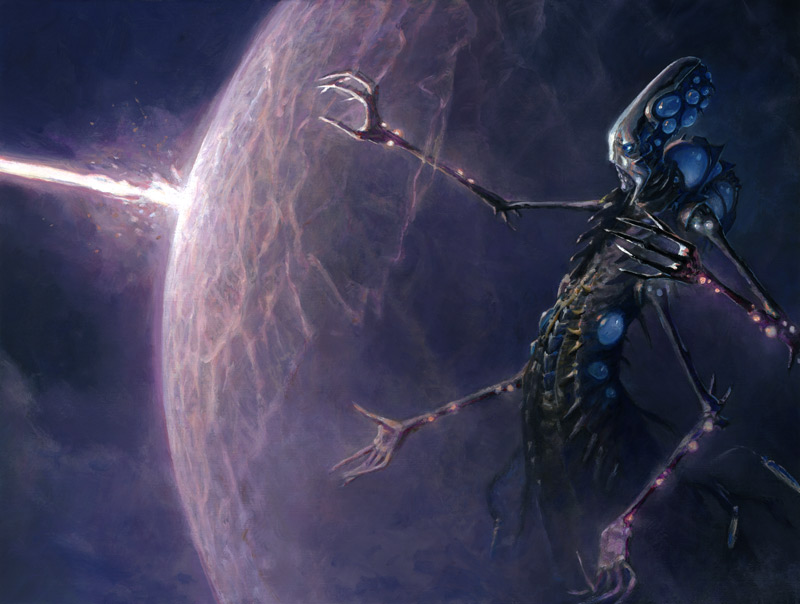 (Fuel for the Cause | Art by Steven Belledin)

Coalition Relic isn't the only card that becomes exponentially more powerful with the aid of counter manipulation. These cards are just a few of my favorites that take it a step further.

Midnight Clock, like Cursed Mirror, breaks the "colorless only" guideline. However, it's still a fantastic inclusion in many of the decks that can run it, as its final ability is essentially Commander's Sphere's card draw ability on steroids. Without a large amount of mana or counter manipulation, though, Midnight Clock's potential can be incredibly difficult to achieve, so proceed with caution.

I often hear Strixhaven Stadium lauded for the unique, interesting play patterns it encourages, making it a decent inclusion in any deck that can fit it into the mana curve, if that's the sort of game you're into. It's made even better with a Proliferate package, clearing the way for a quick win. It also makes for a decent alternative to Infect if you need to close out a game with a go-wide deck.

Ah, Component Pouch, the new Coalition Relic. This card surprised me during my research, since it offers much of what Coalition Relic offers with a bit of upside. It's generally more flexible, it has the potential to add more counters by itself, and it's an uncommon. It does struggle in a couple of areas, though: Coalition Relic has a higher ceiling in the amount of mana it can produce in one turn, and rolling dice every few turns can irritate a select few players. Even so, as a wise person once said, "Why not both?"

Many of these synergistic selections are included in this week's featured deck, headed by Roalesk, Apex Hybrid.

There are so many potential inclusions, it's impossible for me to cover them all. Besides, it's more fun to hear you all talk about what sort of three-mana ramp you guys have found! Feel free to drop your tech in the comments below, and I hope you all have a fantastic week.