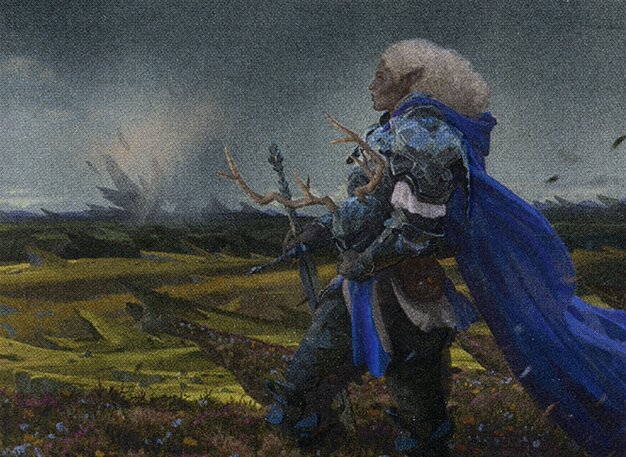 Welcome to the Nitpicking Nerds Precon Upgrade Guide for the Aura of Courage deck, where we deliver the full list of cuts and adds needed to power up this deck!

When upgrading a precon, it’s important to build towards the commander’s strengths and stick to a main theme so the deck doesn’t become unfocused. Cutting cards of wildly differing strategies will help keep the deck focused and increase its synergy. It’s also useful to address the deck’s win conditions, and for this deck specifically, to speed up the clock and eliminate players as quickly as possible in combat.

Aura of Courage’s main strategy is to combine Equipment and Auras to suit up your creatures and swing in for big damage, and it’s going to win by assembling a one-shot kill on each of your opponents while protecting the attacking creature!

With that key strategy in mind, it’s time to start cutting cards that won’t be pulling their weight.

Now we can cut the subpar Equipment. Most of these are okay, but we can do better. We need to hit as hard as possible, or protect our creatures.

It’s time to trim some Auras, too.

This section represents various cuts in other categories that help focus the deck more around its Voltron strategy,

Now that we’ve gutted the deck, it’s time to put in better, harder-hitting cards that will score you more wins.

Now, it’s time to enhance the Aura side of the deck.

There are just a few more boxes to check before we have a fully-functional upgraded precon.

That concludes the Aura of Courage Upgrade Guide! Whether you’re building Galea towards Equipment, Auras, or both, you now have everything you need to build an unstoppable creature capable of knocking everyone else out of the game!