Bringing Magic to Life - Casting a Jynx On Your Opponents!

You Got To Be Kitten Me

Hey everyone! Kya here once again! Welcome back to Bringing Magic to Life, the series where I appease my corporate overlords and justify my existence here at EDHREC. Here, we're going to turn our pod space into more then just the typical table with playmats. That's right, we're going to turn it into a Magic: the Gathering world fit for any planeswalker that wishes to visit it! 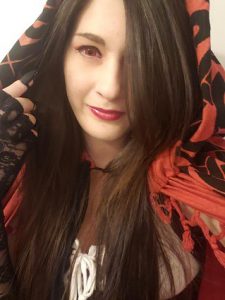 Today, we're going to learn some secrets of the Cosplay world and dress up as our favorite EDH commanders! As you can see, I have my Kess, Dissident Mage cosplay ready to go already! Now, if only there were conventions going on at the moment... hang on, something's tugging at my dress. 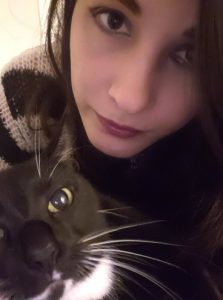 Jynx: You promised me an article, Hooman. Clementine and Odin already have theirs. It's time for Jynx to shine!

I can't just keep making these cat articles. I'm going to get fired at this rate...

Jynx: I want one right mmeeeeeeoooowwwwwww!!!

Fine, okay? You win! We'll make another cat article just for you! I'll only shelf this life-long ambition of doing Magic: the Gathering cosplays for another time.

Okay guys, let's just get this over with.

Jynx is the last of the three cats that I own, I promise. She's also by far the tiniest cat that I've ever had, and she's stayed this adorable size since she was only a few years old. Don't let her size fool you, though: she's known to bully other cats and dogs without hesitation! She's a territorial cat and is more then happy to send everyone but her favorite treasure out of the house for good. What is this ultimate treasure she's laid down her life to protect? Just an amazing little ol' something called Kya.

All this being said, she acts less like cat and more like a dragon with the way she tries to horde her favorite treasure, so today we're going to make our "cat" deck a little different in honor of her possessive nature!

That's right, we're going to make the embodiment of Jynx this deadly queen of the Cat Dragons you see before you! She's actually a pretty deadly commander who has a lot of neat tricks up her sleeve. Right at the start, she's a 5/4 with flying and trample for just five mana. If she manages to deal combat damage to a player, she'll make that player sacrifice a creature. What if your opponents are out of creatures to sacrifice, I hear you ask? She gets herself a neat little baby Jynx to nibble at your toes!

I know that there's been a bit of a power creep with newer commanders, but these older ones can still be quite powerful if played right. Her one weakness is that she has to do combat damage, but we'll find a bunch of neat ways to take advantage of that, don't worry.

Woah there! We can't get into the good stuff just yet. As I've mentioned in many of my articles, we have to work from the bottom up, so let's get the boring cards out of the way and make sure that we end up being the first to cast our commander. After all, the early Cat gets to paw at the worm playfully for hours. With both black and green, we have quite a few cards to ramp quickly. We even have a lot of tribal support cards, like Dragonlord's Servant, to get our commander out as well! The sooner we get our little kitty with wings out, the sooner we'll be smacking our enemies before they can even get their mana dorks out! 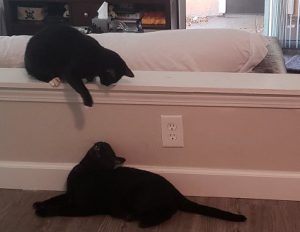 Drawing Power From Your Inner Lion

Now that we have mana, we'll need cards to use up all that mana! This is a Voltron deck, after all, so we'll need ways for our commander to get stronger. While we may not have blue at our disposal to draw every card in our deck, we have the next best thing: everything else but white! Every color in our deck will help contribute to filling our hands. Elemental Bond is especially nasty, as every time we get a Cat Dragon token we get to draw another card! Add double strike to our commander, and we might even have to consider putting in a Reliquary Tower!

Stop Dragon Me Down!

As mentioned before, Jynx doesn't consider herself just a cat. She's a mighty beast of unimaginable power, so for this particular deck, we won't go the typical cat route my other cat decks have taken. Instead, we'll add in powerful Dragons to add to Jynx's mighty RAWR! Atarka, World Render and Hellkite Charger are especially dangerous, as they'll help our commander get closer to winning by commander damage and doubling her effects! Imagine getting both off at the same time! I think I can hear Jynx purring from the other room just thinking about that idea... 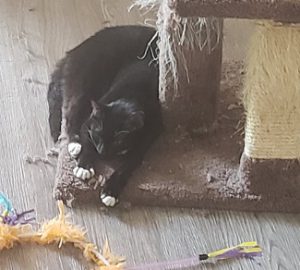 Every good kitty has their toy chest. On top of the many Dragons that buff our commander, we'll be sure to jam as many powerful Equipment and enchantments into the deck as well! After all, if Jynx gets just two more power, you'll only have to hit someone three times to knock them out of the game. Even fewer times if you stack it with other cards that provide double strike or extra combat phases. Or even just once if you get all three! Now we're talking!

Love Can Be Contagious

Don't look at me like that. I don't like losing, okay? Plus, with Jynx's little paws, it can be difficult to get a good swipe in... so let's dip those claws in poison! Tainted Strike with double strike or Hatred are great ways to end the game quickly and make your opponents cry! Did the game grant you a bunch of baby Cat Dragons? Well, now they become proper murder machines of fluffiness with Triumph of the Hordes! Buahahaha!

A Thousand Swipes of Adorable Fury!

As fun as Infect is, we need to find ourselves a way to finish the game even quicker, and nothing says "Game Over" like a well-placed combo. But what kind of combo can we make with our little Jynx? If you didn't know, EDHREC now has a Combo page! Let's take a peek at their Gruul page, shall we?

Those top cards on the page look a little familiar, don't they? That's right, our deck is already full of combat tricks to ensure that we get extra attacks and combat phases. We can add in a Bear Umbra and some other goodies to ensure that Jynx doesn't stop attacking anytime soon.

Was this enough of a preview to get excited for our deadly Jynx deck? Let's look at the rest of the cards now!

What did you think of my third and final deck crafted specifically for my cat? I think I'm ready to sit down in a pod with my cats and play EDH like some whole new level of crazy cat lady. Hopefully, my LGS will open soon so I can escape this fluffy insanity and play with real people. I bet everyone's happy I finally ran out of cats to make articles for, at least! Or do you want me to get even more cats and continue this madness?

Anyone who votes yes is a monster. That said, anyone who doesn't want more cats is also a monster. You monster.

P.S.: My cats are now trying to lure strays inside to play EDH with. I've created a very bad thing here. 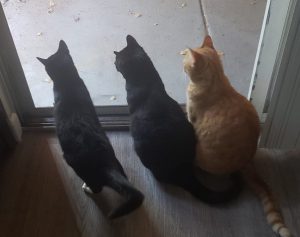