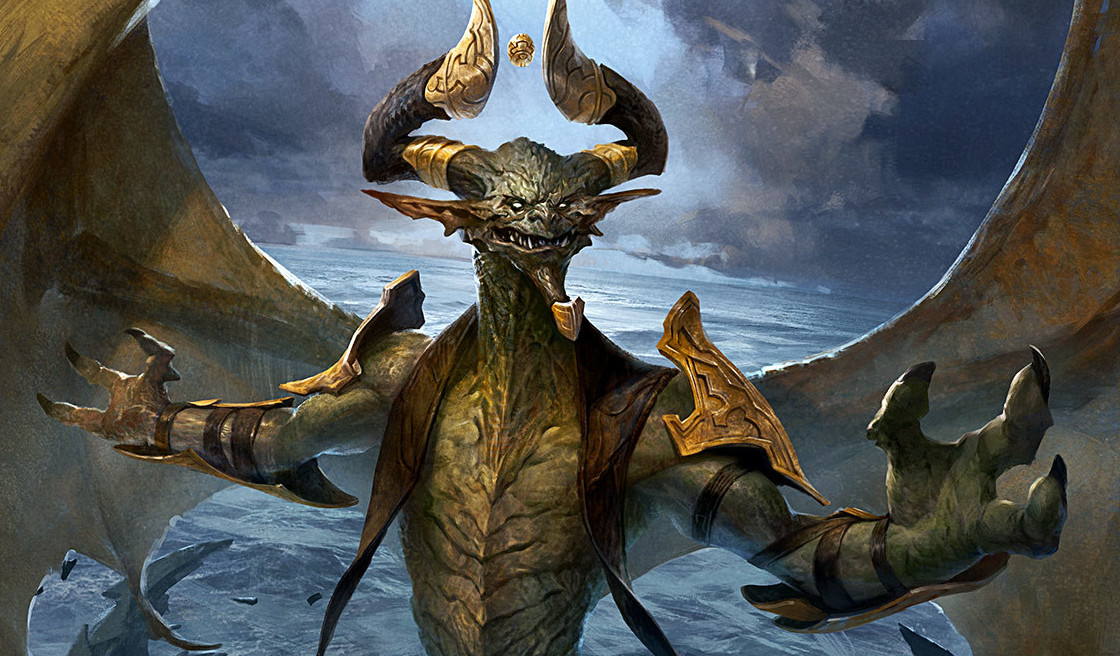 Did you know that EDHREC has an EDH Wiki? Go check it out, if you haven’t already. It’s written by the community for the community, and there’s a lot of cool stuff in there! Deep Analysis is a series where we learn about an archetype using its Wiki page, then apply this new knowledge to build a deck.

In this article, we're diving into the archetype based around what is arguably one of the most polarizing permanent types out there: planeswalkers. Let's talk about Superfriends.

'Superfriends' is a deck archetype in which a player will assemble multiple planeswalkers onto the battlefield, using those planeswalkers' abilities to create game-winning advantages over their opponents. [...]

More than most archetypes, Superfriends decks benefit from access to many colors; each extra color unlocks new possibilities not just for synergy, but for new planeswalkers to use. Since each planeswalker character is often famous for using a specific type of ability (for example, Chandra often deals damage), a multicolored deck allows for different characters with a vast array of useful effects, rather than many copies of the same character, which all may have similar effects.

Each color has a different relationship to planeswalkers as a card type. Let's take a quick look at each of them.

Whie is one of the greatest supporting colors for a Superfriends deck. It can tutor up more planeswalkers with cards like Call the Gatewatch and Arena Rector, and can protect them in combat with effects like Sphere of Safety. Note that some taxation cards, like Ghostly Prison, do NOT protect planeswalkers from combat. In addition to this, white can also protect planeswalkers from a board of creatures with its many, many Wrath of God effects, keeping things clear until the 'walkers reach their ultimate abilities.

White's planeswalkers also tend to offer very powerful utility to their decks, often focusing on board dominance by flooding the board with tokens. Elspeth, Sun's Champion, for instance, appears in over 16,000 decks on EDHREC.

Blue's suite of planeswalkers are often very draw-based, such as Teferi, Master of Time or the famous Jace, the Mind Sculptor. Some also have artifact synergy, like Tezzeret the Seeker. Blue has a myriad of Proliferate cards, like Thrummingbird and Flux Channeler, and the famous counter-doubling Deepglow Skate to accelerate time on their planeswalkers. Some Superfriends decks will also use Time Warp and other extra turn spells to chain multiple planeswalker activations in a row. Finally, blue offers the ability to copy its own planeswalkers with cards like Spark Double, and can even successfully copy enemy planeswalkers with cards like Clever Impersonator.

Since many planeswalkers have hefty mana costs, green is often a useful option for Superfriends decks, to help find the colors of mana necessary to cast their many 'walkers, and to accelerate their resources so that they can play them more quickly and more often. Most famously, green contains cards like Doubling Season, Vorinclex, Monstrous Raider, Pir, Imaginative Rascal, and Evolution Sage to massively increase the number of counters on their planeswalkers, causing them to reach their ultimate abilities far more quickly than opponents expect. This can cause extremely explosive plays from a traditionally slow and grindy archetype.

Black and red tend to have the least direct synergy with the planeswalker card type. Though each color contains powerful planeswalkers, like Tevesh Szat, Doom of Fools and Chandra, Awakened Inferno, these colors tend to receive more cards that help destroy planeswalkers, rather than accumulate more of them. Some helpful synergies can still be found, though. Settle the Score and The Elderspell, for instance, can increase planeswalker loyalty, and 'walkers like Sarkhan, the Masterless can animate planeswalkers for a surprise swing. Black can also revive planeswalkers with effects like Yawgmoth's Vile Offering or Command the Dreadhorde.

Sometimes a Superfriends deck will also pair the planeswalkers with a specific subtheme, to give the deck more personality, or provide it with a more explicit win condition than just the planeswalker abilities, since those abilities may take a long time to build up. Here are some of the most common subthemes found alongside planeswalkers.

Counters: Since planeswalkers already love Proliferate effects, +1/+1 counters, -1/-1 counters, and even cards that care about charge counters can be a useful secondary option to grow large creatures in addition to loyal 'walkers.

Tokens: Tokens are perfect chump blockers to defend planeswalkers, so some decks will lean into the token-making effects even more. Since many planeswalkers are token-makers themselves, this provides the deck with both natural defense and bonus offense.

Stax/Prison: The slow, incremental nature of planeswalkers plays right into the natural pacing of prison strategies. While cards like Smokestack or Bottomless Pit symmetrically lock down each player, repeating the activated abilities of multiple 'walkers help break that parity and make the downsides more one-sided.

Blink: Temporarily exiling a planeswalker will reset its loyalty, and since it is treated as a new game object, allows the planeswalker to use its abilities again. Though resetting loyalty counters prevents the planeswalkers from reaching their ultimate abilities, multiple activations per turn can still be enough to overwhelm enemies.

Superfriends lists are very flexible. Commanders of all colors have become popular homes for Superfriends strategies. Atraxa, Praetors' Voice, Carth the Lion, Sisay, Weatherlight Captain, and Will Kenrith + Rowan Kenrith have all been known to provide fun and powerful planeswalker strategies. Since this strategy can appear in all colors, knowing which planeswalkers you'd like to play, and which colors you enjoy most, can help narrow down the field to find your perfect commander.

Since we're writing about all these planeswalkers, I'd like to lean into the thematic route and write about the big baddie himself, Nicol Bolas, the Ravager. Nicol Bolas is a powerful double-faced card that covers a lot of bases. He's simultaneously aggressive in the early game, and a late-game threat. A planeswalker in the command zone also goes a long way to make the support cards more effective.

Grixis colors give us access to many of the control-based planeswalkers, especially those found in black and blue. We'll also have some of the most powerful 'finishers' via our other Nicol Bolas cards. Let's take a look at a Superfriend (but not super-friendly) Bolas deck!

I've decided to divide the planeswalkers from the deck into categories: early, mid, and late-game. We need a combination of them all to survive and thrive.

The job of these planeswalkers is to provide us with early card advantage. If we only have late-game walkers, we'll be steamrolled by our much faster opponents. We don't expect to get to these planeswalkers' ultimate abilities, and don't even need to devote too many resources to keeping them alive and healthy, but their regular abilities are enough to set us up for success down the road.

These are the key players. Their job is also to provide us with card advantage, but they also have the added role of stabilizing the board. Our finishers are gradual, not explosive, so these help ensure our survival. These planeswalkers aren't 100% dispensable, like our early-game friends, but it isn't make-or-break if they perish. Our enemies should be afraid of the ticking clock these represent; if these are able to survive for multiple turns, that means the game is going extremely well for us.

These are the planeswalkers we've chosen as dedicated game-enders. They tend to be expensive, and/or require setup, and can be risky to play on their own. We hope to protect these 'walkers most, so that their ultimate abilities will help carry us over the finish line.

There's just one final aspect of this deck that I'd like to highlight, and that's the extra support from Proliferate cards. It's tricky to balance exactly how many of these cards a Superfriends deck should use - too few, and the planeswalkers are very slow, but too many, and we'll lose out on planeswalker density. These are the the ones I've chosen, but experiment with your own numbers to find a balance that feels right.

Let's finish with a few quick tips from the Superfriends EDH Wiki page:

Superfriends decks can be slower than other archetypes, which may allow quicker decks to enact their plans more efficiently than the Superfriends player. [...]

Planeswalkers can be lightning rods at a table, drawing a lot of attention from each opponent. If a Superfriends deck has not assembled a proper defense, they may find themselves unable to stick any planeswalkers in play at all, as every one of their opponents will likely be invested in removing planeswalkers from play. [...]

Superfriends decks may occasionally struggle to properly end the game. Though planeswalker "ultimate" abilities can be powerful and game-changing, they do not provide immediate victory.

Planeswalkers can be a polarizing permanent type. Lots of players feel that they break the game's immersion, since we as players are supposed to be planeswalkers casting spells against one another. Most of all, though, many players live in fear of ever letting a planeswalker reach its ultimate ability, which can make it a challenge to defend them from all sides. Most importantly, remember that not all 'walkers end the game with their ultimate. Even Jace the Mind Sculptor gives the targeted opponent a time limit, but they could still find a way to defeat us before their time runs out. Consider all these things carefully when assembling your very best Superfriends!

That’s it for this article, so now I want to hear from you! Share your thoughts below, and tell me which archetype you want to see next!

While this series focuses on just archetypes, there’s a ton of other cool community-built content in the Wiki. Check it out, and feel free to contribute, if you’d like!