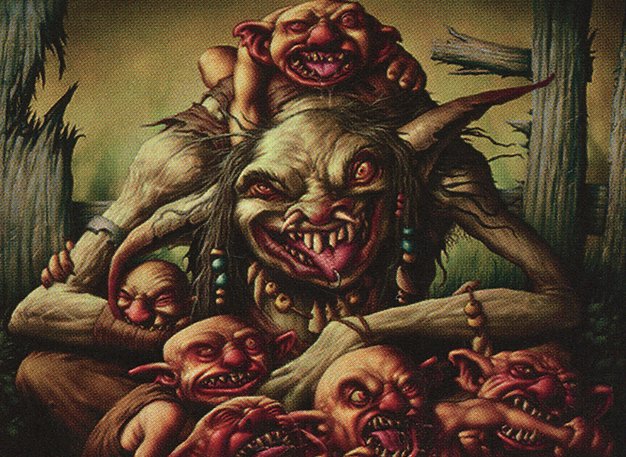 Did you know that EDHREC has an EDH Wiki? Go check it out, if you haven’t already; it’s written by the community for the community, and there’s a lot of cool stuff in there! Deep Analysis is series where we learn about an archetype using its Wiki page, then apply this new knowledge to build a deck.

In this article we'll be taking a look a "creature"-based archetype that goes very wide and loves to Overrun people: I'm talking about Tokens.

Token decks focus on creating a large number of token creatures to overwhelm their opponents. Token strategies often take the form of aggro decks, using a high density of creatures, commonly paired with effects that increase their power, to defeat enemies with combat damage.

This definition is spot on; token decks use a combination of going wide and general pump effects, such as Glorious Anthem or Overrun effects, to go over the edge, and, because of that, it tends to be on a mid-range/aggressive spectrum.

Tokens is a very wide-reaching archetype, one that can be shaped with its color choices.

White is an all-around great choice for tokens, containing plenty of great token-producers, as well as a lot of direct support. For instance, there are lots of Populate and 'tokens matter' cards, not to mention indirect support like Anthem effects.

Green, like white, is a great all-around color for the strategy. It has a more explosive support suite and offers better constant sources of tokens (and bigger tokens in general) than white. Green also has lots of Overwhelming Stampede-style cards that help make all those tokens into a much more lethal army.

Red is a great color for a more explosive token strategy. It offers plenty of cheap token-making cards and has plenty of powerful go-wide payoffs. Very often, red's token creation will come in the form of Goblins, Thopters, or Dragons.

Blue is a slower color for tokens, without much in the damage department, but it offers a lot of utility to token decks, such as the new Curiosity Crafter for additional card draw. Blue's token creation is more common in Spellslinger decks (see Metallurgic Summonings) or else makes copies of creatures, such as Quasiduplicate.

Black most commonly uses cards that make lots of little tokens, which it can then use for the purposes of Aristocrats sacrifice fodder. Rather than pumping up the power of its tokens, black disposes of them with things like Village Rites to get payoffs like Zulaport Cutthroat for a different angle of attack.

Token decks must often choose between going 'tall' (creating a small number of extremely powerful tokens) and going 'wide' (creating a very large number of much smaller tokens). For instance, a card like Desolation Twin can create a 10/10 token, where a card like Storm Herd can create many 1/1 tokens.

One of the most fundamental questions we need to ask when building a tokens deck is this: which kind of token do we want to create? The commander choice can be a crucial point for this question, because there are plenty of token-based commanders that tend to prefer one type over the other. Take Ghired, Conclave Exile, for example, a commander that loves having big tokens that he can Populate, and compare him to Purphoros, God of the Forge, who loves to go wide. Temmet, Vizier of Naktamun focuses a lot on one specific token, while Rhys, the Redeemed multiples a small army as many times as he can.

For my take, I'd like to explore the ways that token strategies can also be shaped by other archetypes. For example, The Locust God and Edgar Markov are Wheels and Vampire Tribal decks, but they are also very informed by token-helping cards. Though they are different strategies, they learned important lessons from token archetypes. I'd like to go the other way, and check out a token deck that learned lessons from another archetype.

Wort, the Raidmother is a spells-based token commander that uses her Conspire ability to copy token-multipliers, such as Second Harvest, to go over the top of her opponents. Her ability to copy Overrun effects also facilitates an all-in potential.

As a deck based on tokens, these cards are our bread and butter. We need a suite that cover all aspects of the game, especially since our commander's most powerful spells are token-multiplying spells.

These are cheaper options that provide a solid early-to-mid-game way to produce tokens.

Our deck is focused on instants/sorceries, this makes having too many permanent sources of tokens a bit of an anti-synergy. However, we still pack a few of them since most of them provide a lot of value in a short amount of time.

These are the reason we're playing Wort in the first place, and they are the way we go over the top. They do require a board to be used effectively (although our commander coming with two tokens help out a ton), so we should be careful to not have too many of them.

Our token support suite is how we reliably end most games. Sure, making 11 tokens could get the job done; however, it's not as reliable as in other formats. Having a diverse support suite allow us to attack on different angles in order to avoid getting shot down by hate.

Overrun effects are an easy way to convert a board filled with tokens into a win.

Having ways of winning without the combat step is always helpful. These ping effects work specially well against board wipes as we get the value from our tokens upfront.

Usually, we tend to play some spells, like looting effects or ramp, before casting our commander. This play pattern allows for a certain tendency to flood out by the time Wort gets on the battlefield. Having recursion effects that allow us to recast previously cast spells easing some of this pain and let us get back into the game.

Now let's take a look in what we need to look out for from our opponents:

Token decks may struggle with specific defensive cards like Ghostly Prison, Propaganda, and Crawlspace, which stymie their ability to attack profitably during the combat step.
Token decks are vulnerable to mass removal effects that will destroy their creatures, often resulting in a major setback that requires the token player to completely reestablish their board, which can be difficult if they no longer have access to token-making spells and abilities.
Cards that duplicate tokens, such as Populate spells, are often useless if the token player does not have any tokens in play, often lowering the efficacy of the token players' nontoken cards.

Effects that prevent us from swinging in with our army are going to stop our gameplan for a few turns. However, we have three major things going for us when this happens: first are our indirect sources of damage, like Purphoros, God of the Forge; second is our ability to go big (and I mean real big), our deck is explosive and having the extra turns of not being aggro'ed can be the difference between reaching this late game or not; and third while these effects are annoying, we can use the good ol' hammer politics on the rest of the table to convince them to help you break these tax effects.

Getting board wiped at the wrong time can be game ending, especially when we are so reliant on our commander for going big. Our first Wort cast is always our most vulnerable moment and will need equal part luck and skill to know when to commit our commander to the board. One thing that helps out a lot is prioritizing Conspiring a ramp spell as the first post-commander spell. This allows us to have enough mana to try again in case of a wipe. It's not optimal, but it's something.

Our deck suffers a bit from being a bit "part A plus part B" to function, which means we need a bit of both token-producers and support pieces to work smoothly, and drawing a bit too many of one without the other can slow us down considerably, especially if we're drawing token support cards but not able to make any actual tokens.

And that’s it for this article. Now I want to hear from you! Share your thoughts on this list or on Token-based decks in general. What archetype do you want to see covered next?