How to play the Aura of Courage Precon in EDH 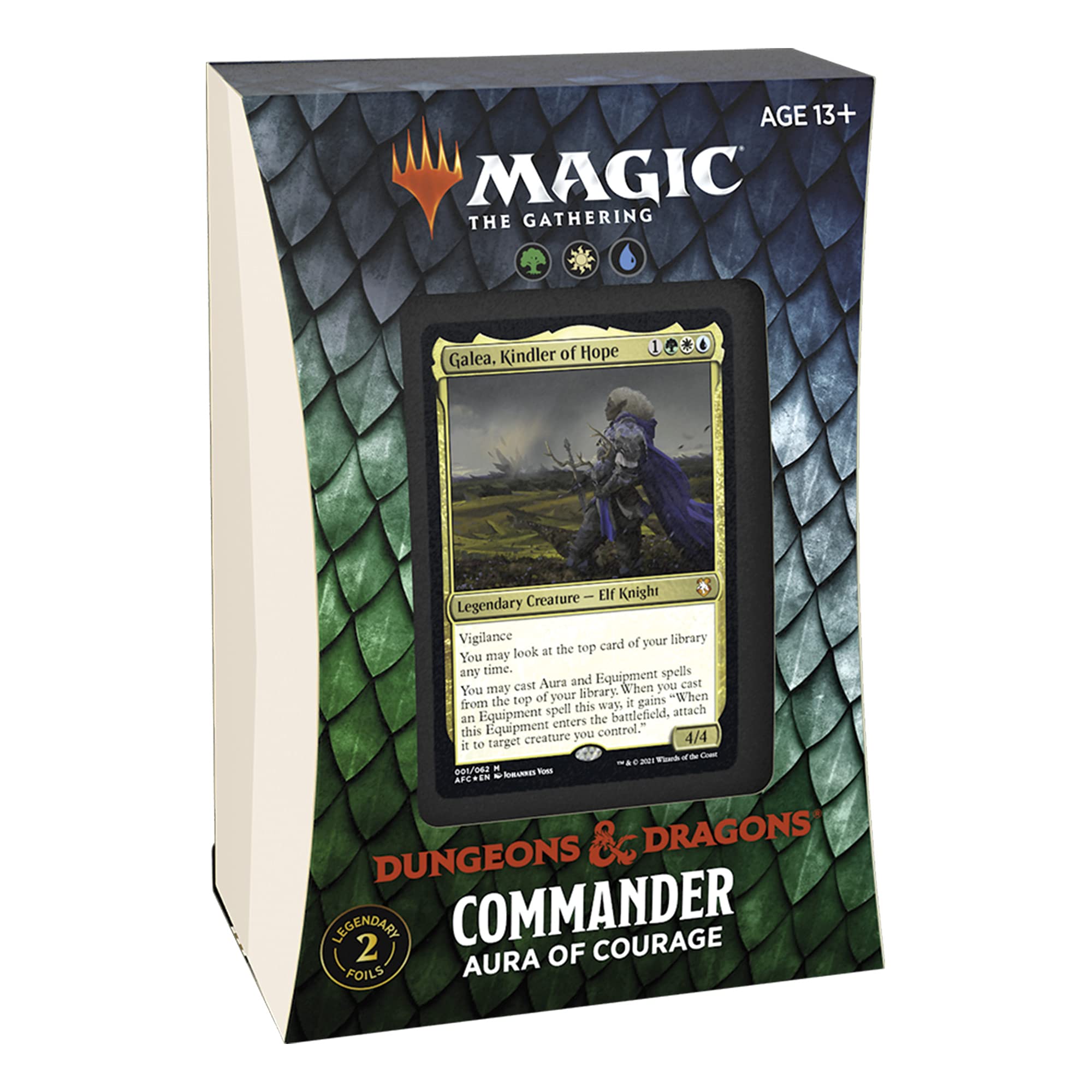 This is the comprehensive guide to playing the Aura of Courage precon, led by Galea, Kindler of Hope! This guide contains all the secrets to piloting Aura of Courage to victory straight out of the box! 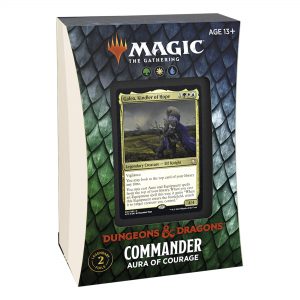 The main strategy of the Aura of Courage deck is to use Auras and Equipment to suit up one creature into an unstoppable threat that can eliminate opponents one by one.

Galea supports this game plan perfectly, not only by having solid baseline stats, but by granting access to any Auras and Equipment on top of the library. With equipment, she will also cheat the equip cost, saving on mana and providing extra pressure sooner than other decks could. When used in tandem with shuffle effects and card draw, this can be a potent tool for finding key game-enders.

The reason this deck can build up just a single creature into a lethal threat comes from the extraordinarily high damage output granted by certain Auras and Equipment. When combined with the lesser power-boosting cards, they can turn an ordinary creature into a one-person wrecking crew.

This deck is very good at creating an extremely high damage output, but also surprisingly, for a precon, has very respectable means of protecting its threats once they are suited up.

While the deck may be good at suiting up its creatures, it doesn’t actually have that many creatures worth enhancing. It desperately wants more creatures that have natural evasion or hexproof, and might have to spend a few awkward turns digging for a threat.

The second weakness of this deck comes from the natural side effects of playing a voltron deck in the first place, which involves placing all of one’s eggs into a single basket. When a deck puts all its energy and mana into sending in a single creature for one combat, a lot of things can potentially go wrong. This deck tries to do everything it can to avoid those scenarios, but they will still come up every once in a while.

Lastly, Aura of Courage contains several cards that greatly overperform and others that consistently underperform, especially when playing at the precon level. The following handful of cards will play out impressively well each time they are drawn:

Finally, two cards that typically underperform in the deck:

Overall, Aura of Courage can take a firm hold of a commander game and hold its position long enough to eliminate players one at a time. There are a few cards that work against the overall strategy, but this deck is a well-oiled damage machine, and playing to its strengths while keeping its weaknesses in mind will lead to even more commander victories.