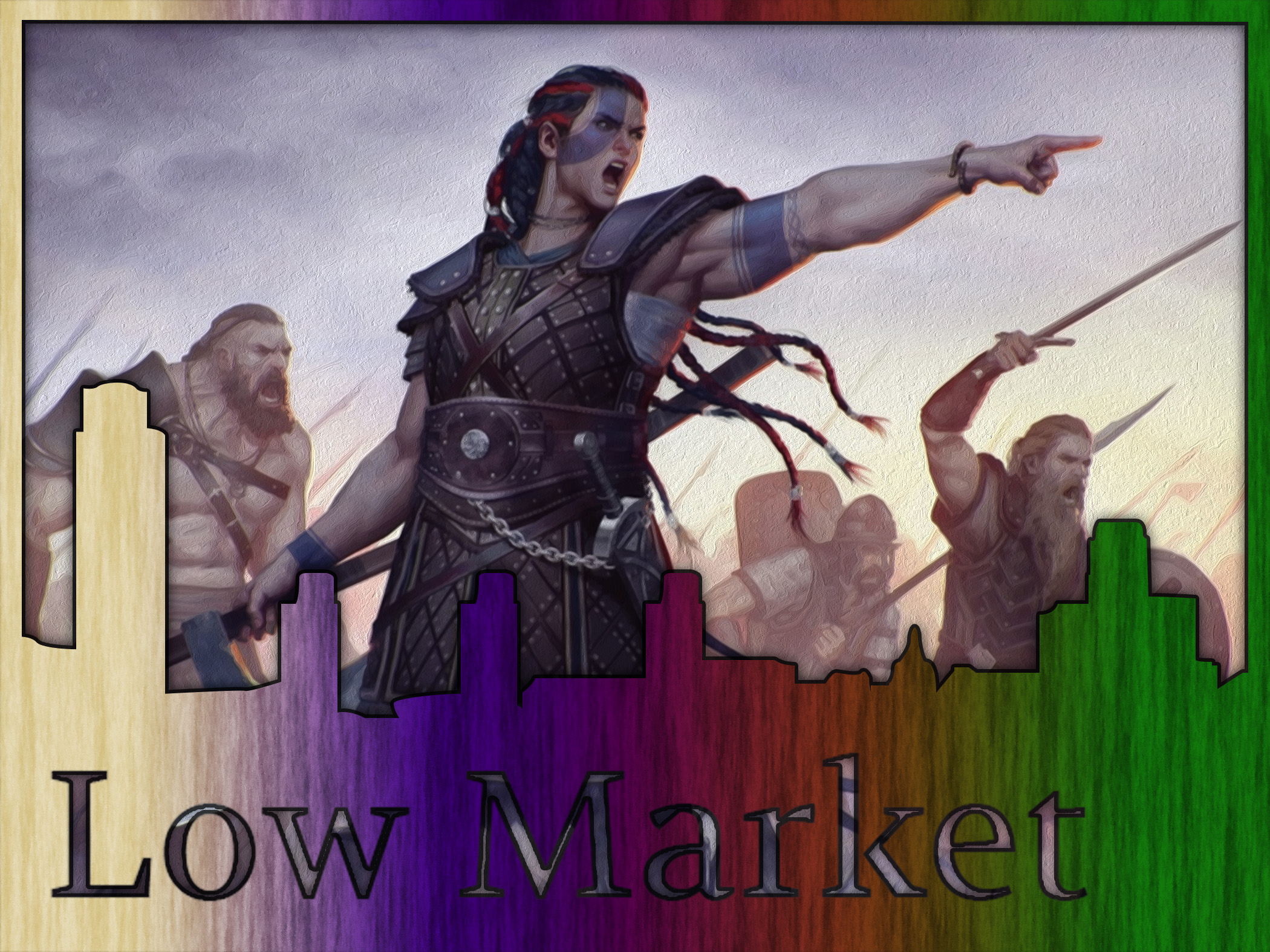 Whether you're a grizzled Magic veteran or a bushy-tailed new player, chances are good that at some point before learning to play you listened to someone discussing the game and said to yourself, "I recognize the words they're using, but they may as well be speaking a different language." And it's no surprise! As old as Magic is—coming up on 25 years, for those keeping track—it's had a storied history to build up that vocabulary. Demonic Tutor set the precedent for search effects being called "tutors". Lightning Bolt is so format-defining that "bolt" is used to mean, "deal three damage to something." And don't even get me started on the more esoteric terms (Prime Time? Mana Dork? Aristocrat? The list goes on.) Today, we're dialing in on one of these odd terms, which began as a card's name but has taken on greater meaning. Ball Lightning. The card hails originally from the set The Dark in 1994, and is based on a simple concept: I want a creature that acts like a burn spell. I want to cast it, I want it to damage someone, and I want it to go away. In the years since The Dark, we've seen numerous references to this idea: Groundbreaker, the color-shifted Ball Lightning in Planar Chaos; Blistering Firecat, a Ball Lightning with Morph; Hellspark Elemental, a Ball Lightning we can recur; and many others beyond.

"But Bryce," you cry aloud. "What's with the Magic history lesson? Isn't that Dean Gootee's job in his Dig Through Time series?" Yes, dear reader, it is. But now you know what inspired me to make this Low Market deck. All those Ball Lightnings need a home. The only question is, what commander could make these short-lived aggressive creatures more effec– We're crafting a very particular four-color aggro deck with Saskia at the helm to turn "aggressive" into "extra aggressive". Our first step is to load up the deck with Ball Lightnings. The vast majority of these creatures are (perhaps unsurprisingly) in mono-red. In addition to examples we've already named, we have: Impetuous Devils that takes a creature to the grave with it, the scalable striker Lightning Serpent, and Ball Lightning miniature Spark Elemental. The addition of green and white nets us a few additional copies: Spark Trooper, Putrefax, and the aforementioned Groundbreaker. There aren't quite enough Ball Lightnings to fill the deck, so let's push further into red effects and make temporary copies of our creatures. Minion Reflector and Flameshadow Conjuring are more or less the same card with different costs, and while I much prefer the efficiency of the latter, I think the additional copy effect is worth it. Then, there's Flamerush Rider to copy one of our attacking Ball Lightnings if it attacks alongside it.

Due in large part to the five-power-matters mechanic of Shards of Alara block, we have a wide selection of cards to synergize with all these high-power creatures. Paleoloth is perhaps my favorite, because it means that every Ball Lightning we play lets us retrieve another one from our graveyard. With just two Ball Lightnings and Paleoloth, we have a tiny engine for reliable damage and repeatably triggering any of the other power-matters effect (like the adorable Mycoid Shepherd, or the tremendous card-quality that is Cream of the Crop).

Speaking of "repeatable triggers", one of the surest game-accelerators is a power-into-direct-damage effect like Warstorm Surge. In slightly-different ways, Warstorm Surge, Where Ancients Tread, and Stalking Vengeance get us guaranteed damage or effective creature removal.

So far, we've pulled a great deal from red and a little bit from green. Let's make white and black do some work! To me, the primary benefit of those colors is the mass reanimation they provide. Usually resigned to recurring utility creatures, Rally the Ancestors takes on new life in a deck like ours, where an overwhelming majority of our creatures have haste. It's not easy to find black mass reanimation that doesn't break the budget, but Twilight's Call does the job (and I personally think it is criminally underplayed.) Another (admittedly odd) option is Wake the Dead. We can only cast it during an opponent's combat, but boy is that going to be an unfavorable combat for them. On top of that, we can get multiple triggers from our power-matters cards for massive damage, or life-gain, or card draw, or more.

The biggest sticking points of the deck thus far: our creatures are fugitive, our spells are expensive, and our mana costs are color-intensive. To counterbalance these challenges, I've gone a little overboard with ramp, color-fixing, and card draw effects.

Kodama's Reach and Cultivate are commander staples, and for good reason: few cards can fetch us two basic lands for such a low cost. With our need for ramp, I've pushed into a number of the not-as-efficient effects as well, like Peregrination and Ranger's Path. To better allow Ranger's Path and Farseek to fix colors, our land base includes a handful of nonbasic lands with multiple basic land types (e.g. Canopy Vista).

The lovely thing about our card draw in this deck: most of it is repeatable. Many green card draw effects care about casting creature spells or else about getting nontoken creatures: Soul of the Harvest, Primordial Sage, Lifecrafter's Bestiary, et cetera. Another small subset of are specifically concerned with high-power creatures: Garruk's Packleader and Elemental Bond. Even if it might be hard to cast immediately after a Ball Lightning, the potential card advantage from Rishkar's Expertise is too good to pass up.

A Crackle in the Air

As it turns out, commitment to an obscure theme pays dividends: Ball Lightning.dec costs about $55.00 according to TCG Mid values. Thank you all for joining us on another oddBall (wink) Low Market. Next time around, we'll turn our gaze to some green and / or white commanders, because my accidental penchant for Grixis has skewed the incidence of blue, black, and red. If you have any commanders you'd like to suggest, drop a comment below, find me on Twitter, or shoot me an email. For this week's list on TappedOut, check out this link. And, until next we meet, enjoy your time browsing the Low Market.