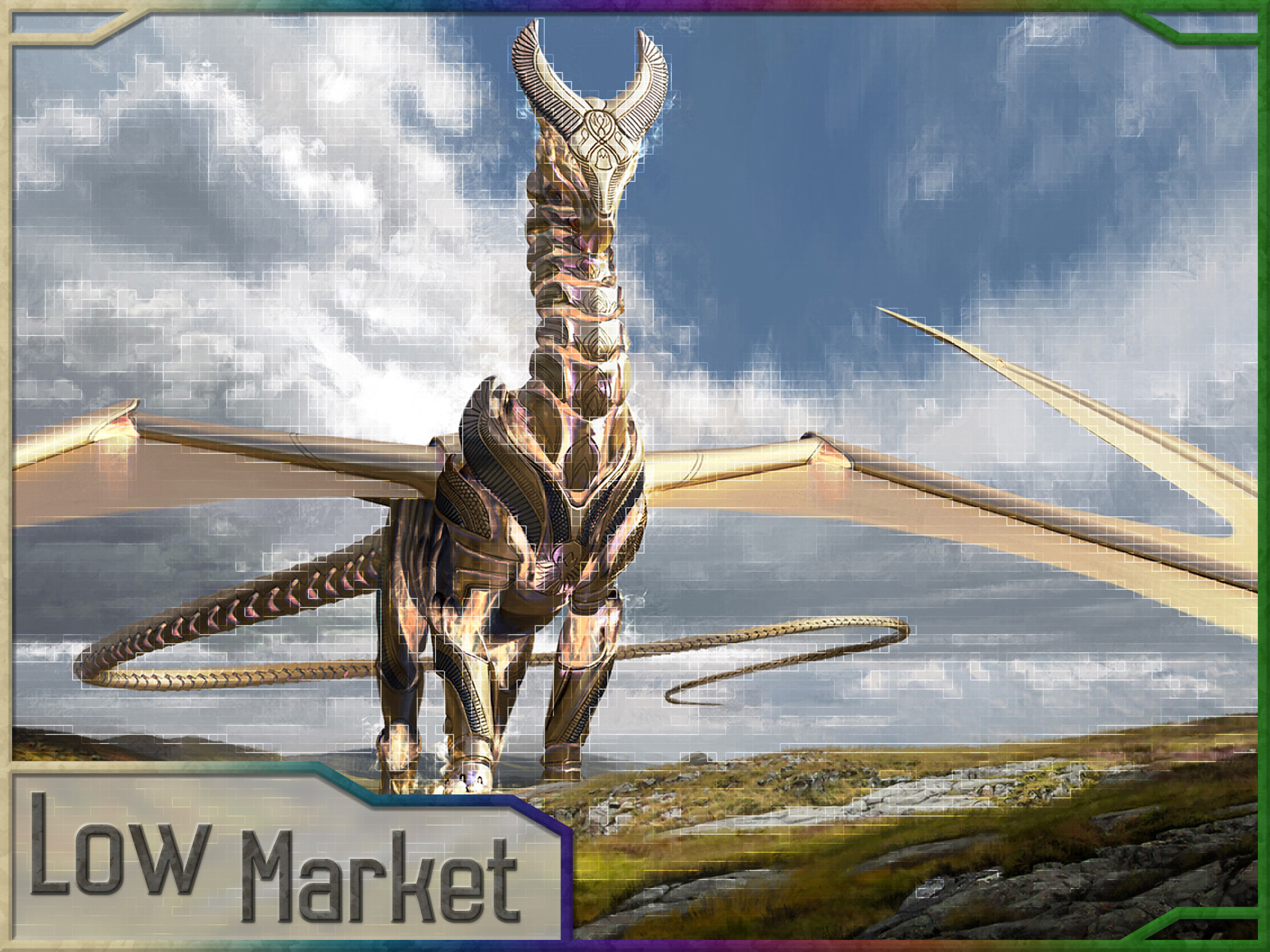 ...is sometimes treasure! Welcome back to Low Market, EDHREC's budget Commander deckbuilding series. Keeping in with the recently-released Rivals of Ixalan, this is the space where I would normally select my favorite legend from the set and whip up a budget deck list. This time around, though, I'm taking a slightly different approach.

Ever since Shadows Over Innistrad's Investigate mechanic, I've been jonesing to build a deck around (predominantly noncreature) artifact tokens. Unfortunately, Shadows block presented only a handful of Clue-generating cards. But thanks to Ixalan block's focus on Treasure tokens, I think we've reached the critical mass necessary to rev this deck up, and I'm pulling out all the stops. By which I mean, we're going five-color artifacts for maximum options. Since the majority of Treasure- and Clue-centric spells are colored nonartifact spells that generate artifacts, our commander will be Ramos, Dragon Engine, as a backup source of loads of mana. The specificity of our theme makes initial card research very straightforward: we want cards that spit out Treasure, and cards that spit our Clues. Since the former sacrifice for one mana of any color, and the latter draw us cards, they will go a long way towards making this janky five-color deck function more reliably.

As we will soon discuss, many of our win-conditions (and indeed, lesser interactions) care about large quantities of artifacts. As such, cards like Brass's Bounty will act as the "one" in "one-two punch" (or, in a pinch, act as simple ramp). Another RIX rare, Storm the Vault, easily demonstrates the payoff of having numerous artifacts: its reverse side is a callback to the famed banned-in-Commander Tolarian Academy, which produces blue mana for each artifact we control. With enough Treasure sources, Ixalan alternate win-con Revel in Riches will end the game right there.

As far as Clue producers go, our options are more limited. Nothing smacks quite as heavily of "win-condition" as Revel in Riches does, but plenty of Clue cards reward us for things we'll already be doing: Trail of Evidence churns out Clues when we cast instants and sorceries, while former Standard star Tireless Tracker rewards us for the simple act of playing lands. Given enough time and / or enough Clue sources, Tamiyo's Journal turns into a (sometimes repeatable unconditional tutor.

To knit our deck together, and ensure that we have enough artifacts, I've dipped lightly into artifact creature token generators. Myr Battlesphere and Sharding Sphinx are practically win-conditions on their own, if allowed to remain on the field for long enough. Others provide slower, gentler utility, like Hidden Stockpile. We're sacrificing tokens left and right; satisfying its Revolt trigger will often be trivial.

The greatest difficulty of this token-themed deck is the lack of token-themed win conditions. Rather, we must rely on the sheer volume of artifacts we can produce, and use cards that scale off of that. The most straightforward examples of these are creatures like Broodstar, Darksteel Juggernaut, and everyone's favorite rocket-powered turbo dragon Hellkite Igniter. Admittedly, these cards will have a hard time taking out an entire table of EDH players. For those situations, we should fall back on the aforementioned Revel in Riches, group-damage from Reckless Fireweaver, or yet-another alternate win condition, Mechanized Production.

My Consumer Alert subsection is generally where I alert players of interesting or uninuitive interactions present in our deck. This time, though, I just want to draw your attention to the extreme value of Inspiring Statuary. When this card was released in Aether Revolt, I didn't know quite what deck wanted to play it. Until I considered our current deck, which is as much of a slam dunk as slam dunks can be. The Improvise mechanic wants to be used in an artifact deck, but the Statuary explicitly does not apply Improvise to artifacts. Either you strike a balance of artifacts and nonartifacts, or you do as we have already done: create numerous artifacts from nonartifact sources. If I ever encounter a deck like ours out in the wild, I will consider Inspiring Statuary to be shoot-on-sight.

With any luck, our ship's hold is full to bursting with Treasure, all for a mere $45.00 by TCG Mid prices. For this week's deck on TappedOut, check out this link. Want to chat about your favorite applications of Treasures and / or Clues? Find me on Twitter, or shoot me an email. And, until next we meet, enjoy your time browsing the Low Market.