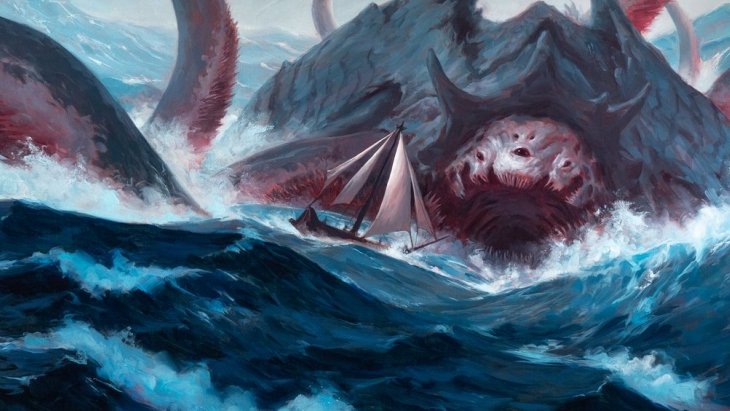 What if I told you you could have another commander? That's not exactly what you get with Companion, but it's pretty darn close.

Welcome to Mechanically Minded, the article series where we delve into new mechanics using the power of EDHREC. Usually we choose a commander, then build a deck around it. However, since we've got 10 new Companion creatures, I'm trying something a little different. We'll discuss each Companion, then brainstorm the commanders they pair best with. Let's get to it.

How Does Companion Work?

Simply put, Companion presents a goofy deckbuilding condition for players to meet. If you fulfill it, you begin with your Companion face-up outside of the game. You can then cast the Companion as normal, obeying timing and cost restrictions. From there, it behaves like any other creature: Putrefy sends it to the graveyard, Swords to Plowshares sends it to exile, etc. It's effectively as if the Companion starts every game face-up in your hand.

A few additional notes: your Companion is not your commander, even though it operates in a similar way. It doesn't come from the command zone, nor does it go there when killed. It also doesn't count toward your 100 cards; so as long as you've met the Companion condition, you get to run a 101-card deck. Finally, your Companion must fit the color identity of your commander.

Now that we've gotten the rules minutia out of the way, let's take a closer look at our Companions.

Welp, we can't run this as a Companion. One-hundred and one cards is fine, I guess, but 120 is over the line. A cool card, but not Companion material in EDH.

I'll admit it: I initially underrated this card. Then I saw Luis Scott-Vargas play it in Standard.

Gyruda is gross with Spark Double. Casting Gyruda and flipping the Double nets you 12 power and toughness for six mana (in addition to whatever you flip with the second activation). And since the Double isn't legendary, it copies Gyruda without requiring a sacrifice.

We can't play four Spark Doubles like they do in Standard, but EDHREC's Clone theme should help us find a suitable substitute.

There it is! Sakashima the Impostor circumvents the legend rule since it doesn't copy the target's name. The original printing is a bit pricey, but hey: maybe you'll pull one in a Mystery Booster.

Sultai looks like Gyruda's best home. Green mana dorks like Paradise Druid and Sakura-Tribe Elder mitigate the downside of playing only even-CMC cards since their mana ramp lets you skip empty spots on the curve.

Furthermore, we have two excellent options as commanders in Sultai: Sidisi, Brood Tyrant and Muldrotha, the Gravetide. Both are the right CMC and both want self-mill. Muldrotha has the highest upside of the two, but Sidisi has her fans (1,585, to be exact).

'Tis true, you can't play Sol Ring when Gyruda's your Companion. But players complain about Sol Ring anyway. Plus, I think the upside is worth the loss. Try it out and see what you think.

Obosh, the Preypiercer reminds me of Torbran, Thane of Red Fell, a card that's earned an impressive 1,165 decks since releasing last October. Granted, it can't Companion with Torbran, but their similarity suggests potential.

I like Obosh best with Vial Smasher the Fierce. Unfortunately, Vial Smasher's two most popular Partners, Thrasios, Triton Hero and Kydele, Chosen of Kruphix, have even CMCs, meaning they won't fit with Obosh as Companion. The next-most-popular Partner is Kraum, Ludevic's Opus. Not nearly as powerful, but probably still worth a look. Mind you, with this configuration, we effectively get to play not two, but three commanders. I'm in on novelty alone.

There are other options as well. Zurgo Helmsmasher hits for 14 damage per swing, and Nekusar, the Mindrazer deals two per card drawn. Decent, but Obosh feels a smidge worse than Gyruda.

As noted by numerous EDHREC Instagram followers, Jegantha pairs best with Jodah, Archmage Eternal. And, being the cutting-edge site that it is, EDHREC already has a theme for this combination.

Beyond Jodah, Jegantha partners well with pretty much every five-color commander ever printed. Furthermore, its Companion condition isn't as taxing as others, so I expect many Golos, Tireless Pilgrim, Najeela, the Blade-Blossom, and Kenrith, the Returned King decks will want it. Best of all, it's probably the most gigantic incarnation of Elmer we've yet seen. Limited Resources fans, where you at?

I trashed this card in an earlier article, but that was an evaluation of commanders. Kaheera as a Companion is much more enticing. Let's take it tribe by tribe.

Nightmares aren’t viable in Selesnya, nor are Elementals. Beasts could get there, though I’m not sure who your commander is at that point, since no commander I know of offers direct tribal support (except Morophon, though that doesn’t really count).

That leaves Dinosaurs and Cats, both of which seem like legitimate landing spots. For the former, we even have a Kaheera Companion page set up. Gishath, Sun's Avatar is the best leader for such a deck since it naturally wants to max out on Dinos anyway.

And then there's Cats—not to be confused with the 2019 film abomination of the same name. This furry tribe is best led by Arahbo, Roar of the World, a decently popular commander in and of itself (1,282 decks). Furthermore, Cats will benefit from the +1/+1 bonus more than Dinosaurs since Cats tend to be smaller and go wider. There’s even a Companion Page for Kaheera and Arahbo.

Could we build around all five tribes using Morophon, the Boundless? Maybe, though we’d unfortunately lose most of our tribal payoffs, and cutting cards like Knight Exemplar, Reaper King, and Drogskol Captain is like eating mac and cheese sans the cheese. No, thank you.

Dinos or Cats sound best to me. The others, not so much.

Lurrus of the Dream-Den

The MTG community may be up in arms over this card, but we'll set that controversy aside for the moment. Instead, let's say hi to Mini-Muldrotha!

That's basically what Lurrus is, which is pretty sweet considering Muldrotha, the Gravetide is currently the #1 ranked commander on EDHREC. Speaking of commanders, here are two solid options for Lurrus to Companion with:

Either is defensible, but Ayli gets the vote from me since she puts creatures into the graveyard for Lurrus. Some spicy options for the 99:

With Ayli and Lurrus on the battlefield, Wall of Omens becomes three mana for gain four life and draw a card every turn. Dawn of Hope is another card draw engine thanks to Ayli, plus Lurrus can retrieve it if it hits the bin. Finally, though Selfless Spirit doesn’t synergize directly with Ayli, it does make your creatures nigh unkillable thanks to Lurrus.

Note also that this Companion condition applies only to permanents. That means we can include any high-cost instants and/or sorceries we want. I, for one, am totally packing Return to the Ranks and Debt to the Deathless.

Of all the Companion combos, Lurrus + Ayli is the pairing I’m most excited about.

Another Companion we can’t use…because it was snap-banned! Later, loser.

Though some daring individuals will no doubt try to build all-sorcery decks, there's only one viable option for the norms: creatures. What can we do with an all-creature deck?

In my mind, the best commander to partner with this Companion is the aforementioned Sidisi, Brood Tyrant. She already wants us to play creatures, and now we get a discount on them all. Plus, we can pull some weird combos like this:

Umori and Haakon let us cast the Automaton for free from the graveyard, so all we need is a sac outlet like Viscera Seer and a death trigger like Zulaport Cutthroat to combo off. And that’s on top of the generic value we get from shortening our curve by one. Not bad for a kleptomaniacal ball of goo.

Did you hear about the upcoming reboot of Disney's 1981 classic The Fox and the Hound? It's called The Elemental Fox and the Three-Headed Elder Dinosaur, starring Zirda and this guy:

Spoiler alert, but here's the basic premise: An established veteran of Elder Dragon Highlander (played by Zacama) befriends a fresh newcomer of the format (played by Zirda). They're talented individually, but when combined, Zirda helps Zacama activate any of its abilities for just one mana. Plenty of Lightning Bolts, Healing Salves, and one-mana Naturalizes for all! It's not streaming on Disney+ just yet, but it might be coming to a kitchen table near you!

I'm not sure how this thing became a sage of anything, but that's neither here nor there. Let's see if Keruga works as a Companion.

The condition is certainly severe. If it specified creatures, I’d be more inclined to play it. However, Keruga won’t let you play anything with CMC two or less, which includes both Sol Ring and Cyclonic Rift. Not a great look so far.

If you choose it as your Companion anyway, there are plenty of big-mana options featuring Simic colors. A bopper like Maelstrom Wanderer would work, or perhaps Chulane, Teller of Tales, since you could return Keruga to hand and cast it over and over again. Yarok, the Desecrated also triggers Keruga's enter-the-battlefield ability an additional time.

A Companion best-suited to those who really want a challenge—or who really like Hippos.

Companion is one of the strangest mechanics we've ever had the privilege of playing with. I know I'm going to enjoy building around it. Hope you do, too!