Ranking Every Mana Rock with EDHREC – Part 1: Breaking the Ice 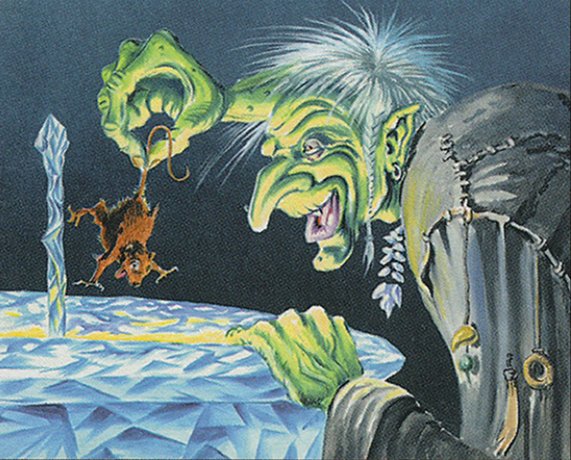 Oh, wait, I should probably introduce myself in case you're new here. Hi! I'm slightly insane.

I also rank everything based on how many decks they have on EDHREC. For the next few weeks, we're gonna rank every single mana rock. If you want some criteria for what a mana rock is, I went over that last week here. Here's a brief summary:

No more talk. Rank time. There are 115 unique mana rocks, and the least-played one is...

Um. This card is fine? I was expecting to start with something awful like a mana rock that only made mana for Armadillos, or one that made you quit the game of Magic and play Mr. Bacon's Adventure Board Game instead. Point being, I wasn't expecting the least-played mana rock to be one that I actually kinda like.

I mean, it's not like Ventifact Bottle is an auto-include, or even a card I'd run in most decks. Being restricted to sorcery speed to put counters on and being forced to remove them every turn doesn't make the card endearing, but I don't think it's unplayable. It's kinda like a bad Kruphix, God of Horizons. If you have spare mana and nothing to do with it, there's no reason not to put mana into this. Then, if you don't want to use the extra mana that specific turn, you can just pay one mana, and put it back into the bottle.

There's not much downside to using this, and there're a ton of decks that want to do things like cast Finale of Revelation for 35. If your deck take a turn off to prepare for that big game-winning turn, I think this is actually a consideration. Plus, you can Proliferate the counters, and then this actually makes mana. I'm kinda on board with this. Definitely not within the ten worst mana rocks.

Over, Under, or Just Right? Underplayed: Wow! Maybe the rest of these cards won't be so bad?

Nope. That was fun while it lasted!

A mana rock that only casts spells from graveyards is already pretty niche, but then they felt the need to stick all these qualifiers on it, to the point where it loses all appeal. Why does it enter tapped? I guess they were super afraid of Altar into Acorn Harvest. Why does it only make mana for cards specifically with Flashback? No Jumpstart, no Aftermath. Any cool application with this card is pretty much gone because of these restrictions. They didn't even put this in the Flashback Precon. It's so bad, a deck themed around the only mechanic it does anything with doesn't even bother playing it.

Over, Under, or Just Right? Overplayed: I betcha none of us are going to remember this card by the end of the series.

It's not every day we get to talk about one of the stupidest Magic cards ever.

The first question we have to answer is "What does Ice Cauldron even do?" Ice Cauldron is in the MTG Confusing Hall of Infamy because of the downright asinine amount of text on the card. Don't even try and read the text, here's the basic gist: say you want to cast a Grizzly Bears in a really stupid way. You can pay any amount of mana into the X on the Cauldron (let's say one green mana), and exile the Bear. You can cast the Bear anytime you want. You can also tap the Cauldron to make that one green mana you put into X, but you can only use that mana to cast the Grizzly Bears. Basically, for all the words on this card, all it does is let you store mana from one turn to cast a specific spell on a later turn. That's it.

Now that we got that out of the way, is Ice Cauldron a good card? No! Have you read it? Even if you can convey to your table what it actually does, Cauldron is just a worse Ventifact Bottle that lets everyone know loud and clear what spell you're going to cast next turn when you use it. There's maybe a political element to letting everyone know you have a Wrath, but it's not worth playing Ice Cauldron to do that. Outside of 'Worst Cards Ever' decks, there's a reason this card doesn't see play, besides the fact that I might have lost a brain cell deciphering what it does.

Over, Under, or Just Right? Just Right: It's also on the Reserved List, for some reason. Ah man, I can feel an Ice Cauldron buyout coming any day now!

I was a little surprised to see these so low, but I can see why. They will always make one mana, so they're not useless, but four mana gets you ramp like Hedron Archive and Explosive Vegetation, and those are both just okay. But wait! You can spend an addition two mana to put a charge counter on these! So six mana total for a mana rock that makes two mana one time. It's not like these are completely worthless cards, I just don't think I'm ever going to want to play them.

Over, Under, or Just Right? Overplayed: Just subpar enough that I think they're unplayable.

The fact that the Cameos are bad is not their own fault. In two-color decks, a three-mana rock that can produce either color of mana is certainly playable.

No, it's mainly power creep that has killed these. We'll talk about the increasing power of the Manalith later, but suffice it to say, when you can pay the same amount of mana for the ability to tap for three more colors, and that's the baseline, there's basically no reason to ever play these. It's not that these are bad, I just can't think of a reason to play them over many other cards.

Over, Under, or Just Right? Just Right: The names are pretty metal.

Do you see the kind of nonsense I have to deal with when coming up with a definition of a mana rock? This stupid thing is technically a noncreature artifact, so it should be here, except it's randomly a creature most of the time anyway. It's gonna play out like a mana dork with defender 97% of the time. Should I put it with mana dorks? Did I pad out this section long enough with these questions?

Over, Under, or Just Right? Overplayed: Since it dies to most board wipes anyway, might as well run a traditional artifact dork like Palladium Myr and sidestep the question altogether.

The Time Spiral Totem cycle! The only cycle we'll be breaking up for this list. Each Totem can turn into an old Magic creature that you've probably never heard of. In this case, Weatherseed Treefolk. Given the history of this cycle, and the strange creatures that they chose, I figured they were unique enough to split up.

This one’s just okay. Ironically, the creature is probably more abusable than the Totem. Having to pay five mana every turn for a random 5/3 doesn't seem like enough upside to play it over land-based ramp like Kodama's Reach. If it went back to hand as an artifact, there might be something cute you could do with Krark-Clan Ironworks, but only doing that when it's a creature just means opponents will avoid killing it.

Over, Under, or Just Right? Just Right: Some weird Treefolk decks or other decks with weird synergy that I can't think up right now might want this thing, but it's definitely the worst of the cycle.

Most of the time with this series, I can usually formulate an opinion on a card just from looking at it and reflecting on previous experience, but sometimes I get a card like Charmed Pendant, where I just have no idea what to think about it.

Four mana for a mana rock is a tough sell already, especially for one that can just not make mana sometimes. Even the five-color Charms deck needs lands. That said, sometimes it can make two or three mana, and that is pretty appealing. I guess if you can stack the top of your library with something like Sensei's Divining Top, then it does something cool. That's neat, but I don't know if it's worth the cost.

I'm almost more onboard with this for synergy purposes. It's not like mono-white or mono-red can mill themselves very efficiently. I have a mono-white reanimator deck in the back of my mind that I think might benefit from this card. Sure, it's mediocre mill, but it's also mediocre ramp. I'm usually not a fan of the argument that two bad effects make one card worth playing, but here both effects are good enough that it might be worth it...? Maybe...? Try it out!

Over, Under, or Just Right? Underplayed: It may not make the cut in the end, but if you have graveyard synergy, and aren't in blue, it's worth considering.

Once again, Commander turns a pretty bad downside into a very strange upside. On its own, Phyrexian Lens is not worth playing over almost any other mana rock that doesn't have a chance of killing you. However, in everything from Villis, Broker of Blood to Greven, Predator Captain to Selenia, Dark Angel, suddenly Lens becomes the critical mana rock that also has synergy with the deck's goal. So much so, it can be better than some of the other "staple" rocks like Commander's Sphere. It's honestly pretty silly how Wizards tried to give a card a significant downside to balance it, and now it sees play because that downside is actually good sometimes.

Over, Under, or Just Right? Underplayed: The fact that I can say this in underplayed is the reason I love Commander!

And the only card from the New Phyrexia Shrines to make this list. I would actually be way on-board with this if it wasn't the green one. Think about how crazy this would be if it got counters for every white spell, or every blue spell. Then you could just hold onto this until you needed to cast three or four spells, and it would make +10 mana easily. But in green? Green already makes stupid amounts of colored mana. It doesn't need this card, nor does it really want this card, because Green doesn't play very well with artifacts.

In non-green decks, with just the ability to grow on each upkeep, it suddenly seems way less impressive. At that point, just play a regular mana rock. Even Proliferating this doesn't seem worth it because it only works once. Maybe there's a weird artifact deck that can cast this multiple times and abuse it somehow, but as is, I don't really see much of a place for it.

Over, Under, or Just Right? Just Right: Side note: I've never not been impressed with Shrine of Loyal Legions. Meanwhile, Shrine of Limitless Power seems so terrible, I'm surprised it's not on more “worst cards ever” lists.

The bottom ten mana rocks are surprisingly decent overall, though we've got 105 more mana rocks to fix that. Let me know what you think about this batch. Do you have a deck for Charmed Pendant? Do you know what Ice Cauldron does? Let me know someplace on the internet. Until next week!