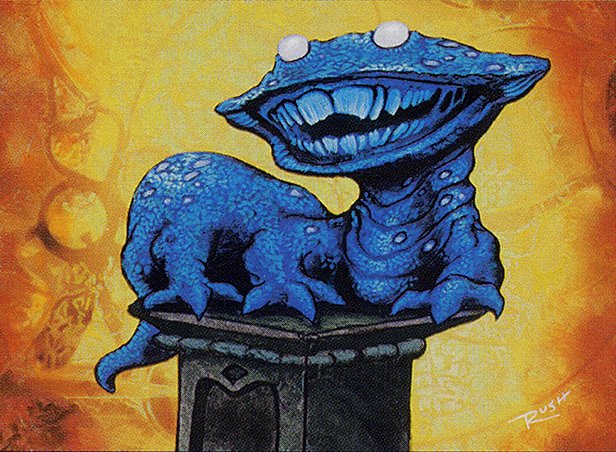 Numbers Are My Enemy

You know, when I signed up to rank every single mana rock based on how many decks they have on EDHREC, I was expecting to run into problems, but what I was not expecting was the number of mana rocks being a problem.

There are 115 mana rocks. Certainly pales in comparison to 363 lands. The issue is that I try to do these articles in batches of 10, but simple arithmetic shows I would have 5 rocks that wouldn't fit into 11 perfect articles. That's too many to fit into the end of a random article, but not enough to be an article on its own, so annoyingly, I can't get all the rocks into a uniform set. Why do we even like 10? What if I just started doing a random number of rocks an article? I could spend a whole article talking about freaking Ice Cauldron, but nooooooo. I have to hold to some magic juice in our brains that tells us that round numbers are all that matters. Nobody cares about 7, or 12. 10 always has to take the spotlight. Well, what if we went back to a base 12 or 60 system? What then, number 10? Then where would you be? You aren't special! You aren't even prime! You need us, 10, otherwise you're nothing! You hear me, you factorable punk!?

Ahem. All this is to say that the next few articles are going to feature one or two more rocks than usual to get us back on track. Let's get started before I start yelling about the number 1. It's not even a real prime!

I am surprised Serum Powder doesn't get more flak for breaking the fundamental rules of Magic. I guess it's because no one likes to mulligan into oblivion, but the mulligan process keeps both players from having the exact same cards every game, by naturally having a stop gap to discourage looking for this card. Regardless of how well you think the current rules do that, a card like Serum Powder that enables you to circumvent this rule to find a specific degenerate card (Cough cough, Bazaar of Baghdad) doesn't exactly lead to the variance that makes good games of Magic.

Maybe it's because the cost for playing powder is too high that makes people give it a pass. Sure, the mulligan is super powerful, but if you draw this after turn one, it's a worse Manalith. Even in Commander, where we want mana rocks, almost every mana rock we're gonna talk about is better than Serum Powder is as a mana rock. Between this, the 7/100 odds of having this in your opening hand, and EDH already having a free mulligan, it doesn't really seem like the ability will come up enough to mitigate the downside.

On the other hand... that effect, man. Everybody gets hit with the bad end of the variance stick. What if you could just say "no" to that? It's not going to come up often, but when it does, I bet it's absolutely going to matter. I think it should see more play, at least in colorless decks. They can afford to play subpar mana rocks.

Over, Under, or Just Right? Underplayed: With such a unique effect, I think the subpar card is worth it.

Why? Why is anyone playing this? Mana Prism has only been printed twice the last 20 years, and it's so much worse than just a standard Manalith. Usually when these cards see play, I assume it's either in decks with some sort of restriction, like only using cards from before the year 2000, or it's people playing that are unaware better cards exist like Unknown Shores. Neither of those seem to apply here, so what the heck?

Over, Under, or Just Right? Overplayed: I'm utterly confused.

I didn't want to talk about Tangleroot. It doesn't really feel like a mana rock, but it technically ticks all the boxes. It wasn't egregious enough to change the definition entirely, so I begrudgingly left it in. If you are dissatisfied, let me know in the comments. It can't change what I've already written, but then we can all be dissatisfied together.

Despite the questionable "mana rock-ness" of this card, I actually like it a lot. Yeah, it gives mana to everybody, but if you're playing it, you can make the best use out of it. Think of it like a better Nylea, Keen-Eyed. When most of your deck is creatures, Tangleroot can make you three or four mana a turn. That's nuts on its own. Where I'm really intrigued is it in some sort of of "Creature Storm" deck. This card, Beast Whisperer and a bunch of one-drops seems like a stupid way to play through an entire deck, and I am all for it.

Over, Under, or Just Right? Underplayed: I don't think this card is nearly as fair as it looks.

These old mana rocks are getting closer and closer to a decent Magic card. Maybe the next one will reach the dizzying goal of being as good as Manalith.

Over, Under, or Just Right? Overplayed: At least this one has a cool name and flavor text.

This is like a Mana Battery that isn't terrible. It will always tap for one, even if you don't charge it, so worst-case scenario, it's a bad Manalith. Then, if you ever have one mana, you can save that mana for a later turn. It's cute. I can't say it's bad, but I'm not thrilled about it. It's got a similar problem that the Storage lands have. Early game, this card doesn't do a lot. Later on, it might have a ton of counters on it, but by that point, there's no guarantee that you're going to have something to do with all that mana. I think Toy is better than the Storage lands because it's free to remove counters from it, and I guess it's cute with Atraxa, Praetor's Voice, but I wouldn't say you should go out and put it in all your decks.

Over, Under, or Just Right? Just Right: What is that art?

Totems! This one is based off of Phyrexian Negator, which I think was playable in Vintage for a while, (maybe someone in the comments can inform me why) and the inspiration for Phyrexian Obliterator, which is an awesome card!

Despite the legacy, I would be terrified of ever activating the ability on Phyrexian Totem. Sure, it's big, and most decks aren't running ways to deal damage to creatures, but most of the time, you're never going to want to attack with this thing. That kind of eliminates the point of it being so big. Of course, if you have synergy with the creature, like in Yawgmoth, Thran Physician, the stats don't really matter, so it's good if you just need more sacrifice fodder. Otherwise, I'd want something less risky.

Over, Under, or Just Right? Just Right: It is pretty dang flavorful, at least.

Basically a Shrine of Boundless Growth, but that makes colored mana. Colored mana certainly makes it better, but the same criticisms remain. The fact that it takes a full turn for this just to be a Lotus Petal pretty much says all you need to know. A traditional mana rock is probably going to be better in the long run.

Over, Under, or Just Right? Overplayed: When someone says, "Name all the Lotuses," I bet they aren't even thinking of this one.

Sigh. This is why I should look over my list again after I rank them. If I had known that all the totems were going to be so close together, I might have just lumped them all into one entry, but can't do anything about it now. At the very least I get to talk about the history of these. Foriysian Totem is based off of *deep breath* Two-Headed Giant of Foriys. I wouldn't exactly consider that a classic creature considering that I forgot that that creature existed until now, but maybe some Old Fogey will correct me. Thunder Totem is based on Thunder Spirit, which is really only notable for being on the Reserved List. Because I'm sure you needed the financial security of knowing that a powerhouse like Thunder Spirit will never again be reprinted.

I actually like both of these a lot. Aggro decks have a tough time playing ramp. It often takes up the critical early game turns, but you need to ramp to keep up with everyone else. These do a decent job of being ramp while also being bodies to carry Equipment or hit hard when needed. Cards that fit a deck's primary gameplan that also fill a critical role like ramp are tough to come by. I wouldn't play them in every white or red deck, but if you wanna beat face, these are decent options to do that.

Over, Under, or Just Right? Underplayed: At the very least, Thunder Totem should be in more Odric, Lunarch Marshal decks.

And the last totem! I know, we've been with this cycle for so long. This one is based off of Chronatog. It's got the regular creature synergies a deck like Jalira, Master Polymorphist needs, but that's not why I like it. The true value here is that this is one of the only ways to skip your own turn.

Now you may say, "That seems like a stupid thing to do," but that's because you have not seen the glory of the skip your own turn deck. The premise is that you play cards like Chronosavant to skip a turn or Chronatog to skip all your turns. To keep playing the game, you can play stuff like Awakening and Vedalken Orrery. By skipping your turn, you can skip out on effects like Havoc Festival, you can not take damage from stuff like Delaying Shield, you can straight-up win with Teferi's Protection. It's not good, but it's hilarious. I haven't actually built it, mainly because some key pieces like the aforementioned Teferi's Protection are pretty expensive, but some day, I'm absolutely going to. Chronatog Totem is always going to have a spot in that deck, if nothing else.

Over, Under, or Just Right? Underplayed: Build this deck. Now!

I've never asked for my kill spells and my mana rocks to be on the same card. I certainly didn't ask for them to be five mana, but now Meteorite exists to... be pretty bad at both of its jobs. You can give it deathtouch with Sydri, Galvanic Genius. That's interesting, I guess. It can be a 5/5 with Karn, Silver Golem. That's... not great. Uh... it's a five-drop for Kozilek, the Great Distortion?

Yeah. This card is bad.

Over, Under, or Just Right? Just Right: I'm only giving it that ranking because it's super weird

Look At the Sky: It's a Bad Magic Card!

Well, we're ending on a not clean number of cards, and I'm fine with that.

What are your thoughts about this week's batch of cards? Have you built an "Oops, no turns" deck? What do you think about Serum Powder? Let me know in the comment below! Until next week!