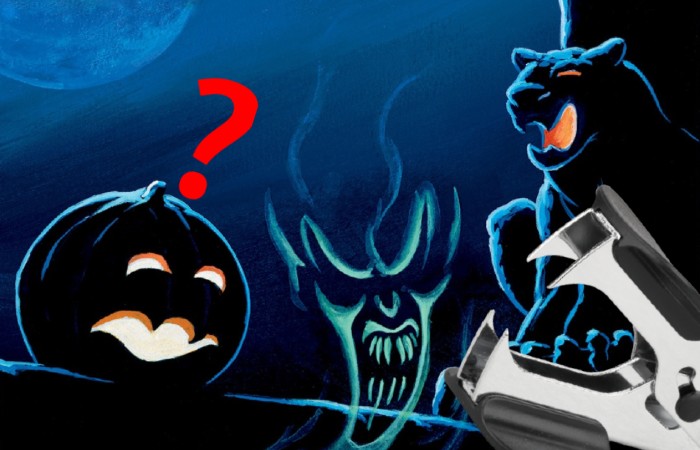 Bump in the Night...

It was a cool night, on one Hallow's Eve, when a fog descended upon the streets. As little Timmy wandered the roads, he braced himself for a fright; a lone Crypt Ghast, or perhaps the Geist of Saint Traft was bound to ruin his night.

But as he stepped into the town cemetery, perhaps with less caution than was warranted, Timmy was met with a threat insurmountable: a league of bloodthirsty Vampires, ready to tear him apart. But Timmy did not fear, oh no; as he looked up, the horizon beckoned to him. He answered Twilight's Call, and from the ground upon which the Vampires walked emerged a legion of beasts. The bloodsuckers quickly retreated, for tonight they had seen the formidable foe that they thought to make their prey.

Thus is the legend of how All Hallow's Eve can be wielded to tip the scales in your favor....

Okay, okay, I know: All Hallow's Eve isn't a staple. The darn thing is hundreds of dollars, on the Reserved List, and is a little too slow for most people's tastes, essentially being a mostly worse version of Living End. But I maintain that it's still a phenomenal card to look at for the Staple Remover series, as Halloween is just a few days away, and All Hallow's Eve is a very on-theme representation of a very popular archetype in Commander: Reanimator.

Reanimator decks have a number of staples that they utilize, each one being slightly different, but all with the same goal in mind: getting creatures from somebody's graveyard onto the battlefield under your control. The distinction between these staples isn't really enough to justify each having their own article, so instead I've placed them in three broad categories: single-target reanimation, multi-target reanimation, and mass reanimation. Spoiler alert: Quite a few of the potential replacements are from recent sets, and if this trend continues, this article may get a sequel!

We start off our selection of single-target reanimation staples with the eponymous Reanimator card - Reanimate! At just one mana (and a minor life payment), Reanimate will get you any creature from any graveyard onto the battlefield. There's no question as to why this card is the premier Reanimation spell, as its efficiency is simply unparalleled. It is not alone on the royal court, though: Animate Dead, and its little siblings Dance of the Dead and Necromancy are also famous enchantments with a similar utility. They have a dauntingly large amount of text, though, and when translated to layman's terms, all of that text basically reads "this card goes infinite with Worldgorger Dragon."

But sometimes, single-target reanimation spells don't quite pack enough of a punch. Maybe you've got a couple of haymakers in the 'yard and you just need them out as soon as possible. When that happens, the best use of your mana is to get a Reanimation card that can get out multiple creatures. According to the EDHREC Reanimator page, among the top cards in this category are Victimize, Sheoldred, Whispering One, and Sepulchral Primordial. This is actually the category that is most ripe for the picking: there are a lot of potential cards to fit into this category, many of which can be faster, more reliable, and more accessible than the staples.

Finally, we have the mass reanimation spells: the spells that can return most, if not all, of the creatures from at least one graveyard onto the battlefield under your control, acting as finishers. The most famous of these is Living Death, which is, sadly, symmetrical, causing your opponents to reanimate their creatures, too. However, you, the Reanimator deck, are almost certain to get the better end of this deal, and with Living Death, you get a bonus: it acts as a board wipe, too. There's no feeling quite like taking the Token deck down a peg while taking a commanding position in the game, right? Other possibilities include the new Eerie Ultimatum, although it is limited only to Abzan decks, and the recently reprinted Rise of the Dark Realms (which makes three staples reprinted in Jumpstart that we're removing! That's gotta be a record).

As you might guess, the Reanimator strategy is a crowded one, and sometimes a few hidden gems get lost in the crowd. One of these gems is Diabolic Servitude: intended to be a "fixed" version of Animate Dead, Diabolic Servitude adds a bit more to the brew than a sick name and a saved headache. Upon dying, the creature reanimated with it is exiled and the enchantment is returned to your hand, allowing you to use it once more. The exiling doesn't matter much, as you're not unlikely to have another haymaker in the bin to get with it regardless, giving it a similar utility to Unburial Rites. In the same vein, we have Back for More, which staples a fight spell onto Zombify and makes it an instant. Taking out the most dangerous creature on the board and replacing it with your own is sure to tip the scales in your favor.

Recent sets have also given us some fun toys, like Thwart the Grave. This card has a lot to offer: another awesome name, some even cooler artwork, and, if you can take advantage of its mana-reducing ability, an incredibly efficient reanimation effect. In the right deck, it's not unreasonable to assume that this spell could allow two different creatures to cheat death for a mere four or five mana. Dredge the Mire is another incredibly efficient method of reanimation, with three different creatures being reanimated from your opponents' graveyards for a flat four mana. Now, granted, your opponents are given agency in this choice, but a few decks - especially the recently released Drana, the Last Bloodchief - are equipped to ensure that they'll pick what's best for you. It doesn't even target, so it gets around those pesky cards such as Ground Seal!

Twilight's Call may have gotten the most involved introduction I will ever give a card within the first few paragraphs of this article. And it's deserving of that - for six mana, you get a Living Death without the board wipe, with the additional option of paying two extra mana to cast it at instant speed. This ability isn't nothing - in last week's EDHRECast Twitch Stream, casting this card at the end step allowed Tomer of MTGGoldfish an easy win. Other alternatives include Balthor the Defiled, a card that's even easier to break parity with than Living Death, that can even be in your command zone! I played against Balthor in my very first game of Commander, and the raw power of that Zombie Dwarf will make quick work of your opponents, just as it did with me.

The Journey to Eternity 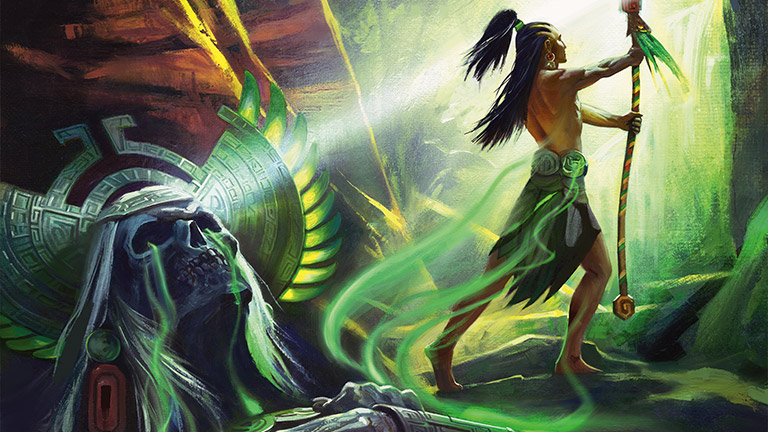 Although Muldrotha, the Gravetide may have been unseated as EDHREC's most popular commander, it's clear that Magic isn't quite done messing with the graveyards yet. Between the new cards mentioned here, sweet new commanders such as Zareth San, the Trickster, and even more viable Reanimation cards being printed on the regular, Commander players will have plenty of zombifying spells to toy with in the future. In fact, just last week, Mark Rosewater put out a teaser for a brand-new Reanimation card on his Tumblr blog, stating that Commander Legends will have "A card that returns three different cards types from the graveyard to the battlefield (and not a combination we’ve ever done before)".

With this in mind, we can gaze in anticipation to the horizon, watching the sun fall and bring all sorts of undead goodies along with it this Halloween season. As we do, what are your favorite underrated reanimation spells in Magic: the Gathering? There are a lot to choose from, and nothing makes my day more than seeing all of the suggestions down in the comments. Thanks for reading!